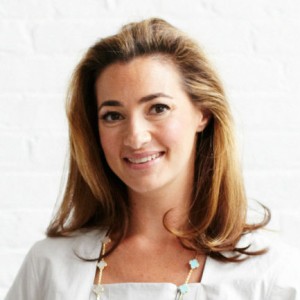 I can’t remember the exact moment that I decided I wanted to become a physician, but it was probably around the same time that most kids were still sitting in the sandbox imagining themselves as prima ballerinas, astronauts and firemen. From a very early age, I would accompany my father, a dedicated cardiologist, on his weekend rounds at the hospital.

I suppose my father had wanted to give me a window into his world so I could understand why the special green phone in our house sometimes rang at midnight, why he had to run out of the restaurant with a spaghetti noodle still dangling from his mouth and why he often showed up on the soccer field in his hospital garb. Very quickly, this lovely gesture became a regular father/daughter outing; I was fascinated by his work and wanted him to show me everything.

And he did. I could see that he loved his profession. Often, the patients he visited would come up to me and say, “You have a wonderful father — he saved my life.” It was powerful and humbling to hear. I knew then and there that I too wanted to help people that profoundly.

I wanted to save lives.

Many years later, my desire to heal others and even save their lives had not abated. Sure enough, I headed off to medical school. Once there, my passion for the field of medicine only grew. After many years of intense training, I finally achieved my dream of becoming an interventional cardiologist like my father. I was finally doing what I had seen him do, and sometimes even experiencing the rush of adrenaline that he must have felt when you open the artery of a patient in the midst of a massive heart attack and literally save their life in that very moment with your own two hands. It was incredibly rewarding work.

I thought I had it all. Well, almost. There was one more dream on the horizon: I wanted a baby.

After many years dedicated to my career and marriage, I was finally ready to start a family. Like most women, I assumed I would get pregnant fairly easily. After many months of trying, I started to panic. I was 34 years old and had a well-studied ovulation chart. I knew what I was doing and I was beyond ready. I didn’t want to wait around for mother-nature to wave her magic wand, or even worse head into a fertility specialist’s office for testing.

Out of frustration, I began to research available methods to encourage conception that didn’t require a crystal ball or a doctor’s visit. That’s when I made the discovery that changed my life. I stumbled across the idea that mucolytics (generally used to break up chest congestion, and found in some cough syrups) is also a thin cervical mucus. Making it less sticky, mucolytics allow the sperm to swim more easily to the egg. This made medical sense to me, so I gave it a try and took a mucolytic the five days leading up to my ovulation.

To my complete amazement, it worked on the first try! I went on to have two more children using the same method, both times on the first try. I realized that this simple tool to help enhance conception should be a first option available for all women. It can make a huge difference and save them from unnecessary frustration. I didn’t want women to have to stumble around in the dark making guesses with products not intended for this purpose. I wanted all women to have access to safe, natural products developed specifically to support their fertility and promote the ideal conditions for conception.

That’s why I started my company, PregPrep. I worked with top OB/GYNs to formulate natural, medically sound products, including a streamlined prenatal vitamin and a natural, bolstered mucolytic.

PregPrep is empowering women all over the country to take control of their bodies as they begin their conception journeys. I was lucky enough to fulfill two lifelong dreams: becoming a doctor and becoming a mother. But I never would have guessed that these would culminate in the fulfillment of a new dream: creating a brand that supports women with medically sound products that may help them achieve their dreams sooner than later.

The truth is — I’ve found that it is just as rewarding helping women get pregnant and creating new lives as it is using my own two hands to save lives.

Learn more about Dr. Oboler’s work with PregPrep in her SheKnows Pitch