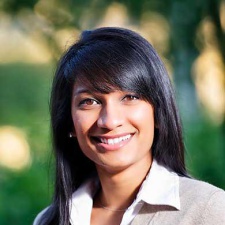 Pegged as one of medicine’s greatest inventions, antibiotics have saved millions of lives since their discovery in 1928. However, antibiotic resistance threatens to undo one of our best medical advances.

Antibiotic resistance is when infectious organisms adapt to the antibiotic intended to kill them, rendering the antibiotic useless. There are about 23,000 deaths from antibiotic resistant superbugs in the United States per year, a number that is expected to rapidly grow, according to the Centers for Disease Control and Prevention. The reasons for superbugs are complex — and aggravated by inappropriate use in both human patients and livestock.

One of the most common misconceptions about antibiotics is that they are effective against all infections — the truth is, they’re not. Antibiotics only kill bacteria. The harms of inappropriate antibiotics use go beyond resistance — there are multiple side effects, a high cost, allergic reactions and more.

But doctors and patients can curb antibiotic resistance through a better understanding about when these medications should be used. Here are the top ailments when unnecessary antibiotics are prescribed — and what you can try instead.

No one likes having a cough, runny nose, sneezing or fever, but the average adult will have two to four colds per year. Since the culprit is viral, antibiotics won’t shorten the duration or improve the symptoms of a cold.

Also known as conjunctivitis, the majority of pinkeye infections are caused by viruses. So, those antibiotic eye drops are likely not doing anything. Even some bacterial pink eye infections resolve on their own with time. But, be careful — pink eye can also be caused by other things, like allergies or herpes, so it’s best to see your doctor.

Try instead: artificial tears, cold compresses and frequent hand-washing since this is highly contagious

Try instead: nasal saline irrigation and Tylenol for fevers

A collection of pus under the skin is usually caused by bacteria. The key here is that just opening the skin and draining the pus out is often the best cure. Antibiotics are not routinely needed and should only be given to certain patients, like those with a fever, older/younger ages, or with surrounding skin infection.

Try instead: Warm compresses to promote drainage following the “incision and drainage” procedure

This one may come as a surprise since 15 million antibiotics prescriptions are written for ear infections annually. Turns out, children who are older than 2 years often get better without antibiotics, regardless of if the infection is caused by a virus or bacteria. There are instances that require antibiotics, so be sure to consult a doctor for an ear infection.

Keeping track of when you need and don’t need antibiotics can be confusing so it’s best to have a trusting relationship with a primary care physician that can help you navigate this medical maze.

Natasha Bhuyan, MD, is a family physician who can be reached @NatashaBhuyan