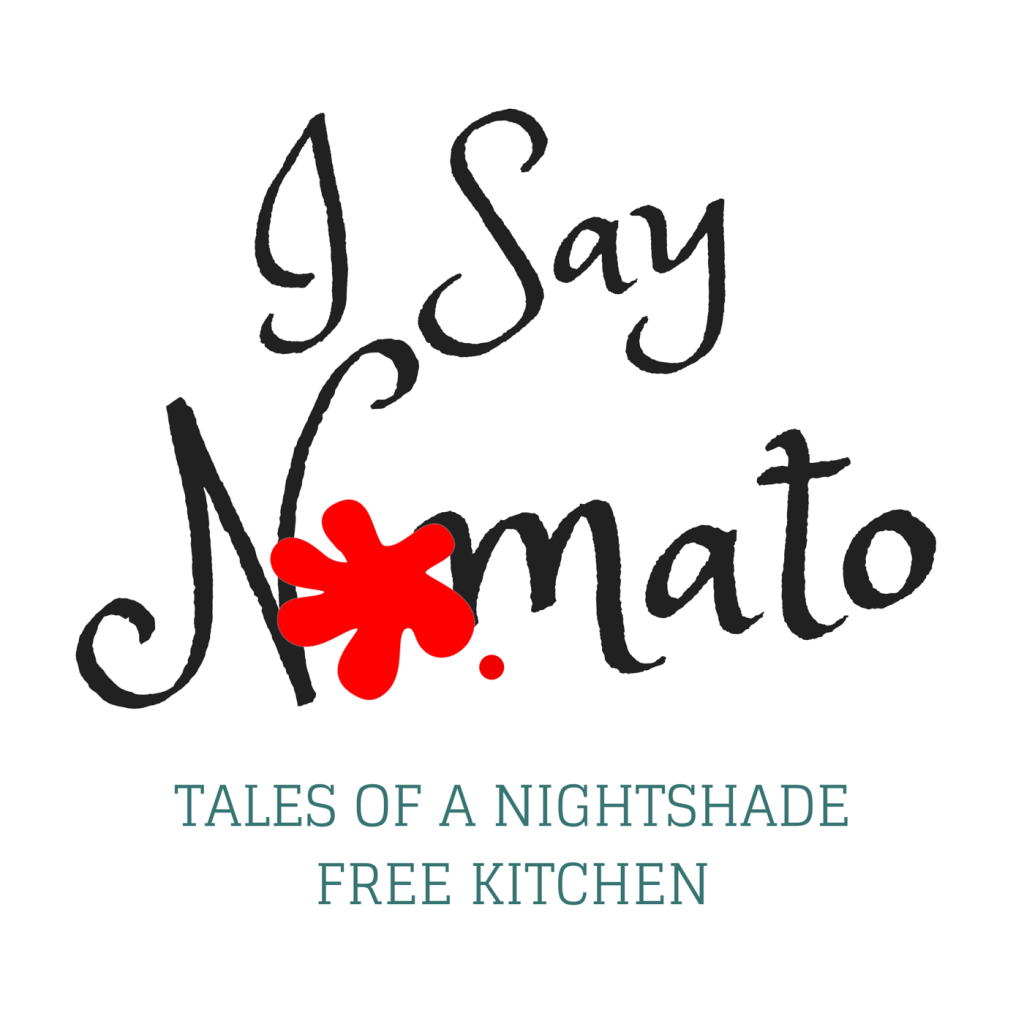 “Sooo you don’t get to eat anything fun at all, do you?” our waiter says with a pitying smile, hand poised above his notepad.

“Nope,” my husband says, sighing and settling on a plain waffle with eggs and bacon.

I stare guiltily at the burrata caprese salad in front of me, hating that I can’t even offer him a bite of the cloud-like mozzarella, because the fresh tomatoes are so succulent and ripe that little, pink tendrils of juice have pooled beneath the cheese. We’re huge food sharers; it’s what we do, and it’s killing me he can’t enjoy this, too.

I mean, who is allergic or intolerant to tomatoes? And not just tomatoes, but potatoes. And peppers. And eggplant. So, yeah, a lot of the fun stuff.

It’s a little-known allergy, but one that, once we figured it out, has had a significant impact on the quality of our lives — for the better.

When I first met my husband — who I refer affectionately to as Mr. Nomato on my blog — he had migraines, coeliac disease and lactose intolerance. At least, he thought he did, even though he was still constantly sick.

In fact, when he was getting ready for his second official coeliac test and inhaling every food he had been denied for years (I was there when he made his list — it was like a kid at Christmas!), he actually felt better than he had on the gluten-free diet. Of course the test came back negative — no coeliac. The doctor threw up his hands at this point, telling my husband he was on his own.

Once he started attending medical school, he was eating awfully. You know students — the same five things over and over! Yet, he felt better — remarkably better.

It wasn’t until I joined him and started cooking real food — lasagna, meat and potatoes — that he was getting sick again. We did a quick google search, and it all clicked. We joke that I was slowly poisoning him with deadly nightshade.

And do you know what? Once we cut them out — completely out — his symptoms improved almost immediately. No more IBS. He stopped taking his migraine medication. The best part? He wasn’t lactose intolerant! He could eat all the cheese he wanted.

What do tomatoes, peppers and potatoes have in common?

Tomatoes, peppers and potatoes — as well as eggplant and tobacco — are all part of the nightshade family of plants, solanacaea.

The true villain is ‘solanine’, a glycoalkaloid found in all solanacaea plants. In its more concentrated forms, it is the dangerous toxin behind green potatoes and ‘deadly nightshade’ — an actual poison. Most people don’t have an issue digesting solanine, but for some, especially those with autoimmune diseases or easily inflamed tissue like arthritis for example, it can be a real problem.

What does a nightshade allergy or intolerance look like?

Unfortunately, because it is not a well-known allergy, many people suffer from a variety of symptoms that can be traced to an issue with solanine.

The most common symptoms include:

Sometimes food allergies are not singular, and symptoms may be caused by one or more allergens.

If you suspect you have a nightshade allergy or intolerance, please consult your doctor before diving head first into a nightshade-free diet! Solanine is easily digested in small amounts by most people.

This is part 1 of a series on nightshade allergies and Intolerances. More to follow!

If you would like to read more on the subject of nightshade intolerances and allergies, please head on over to my website, http://isaynomato.com