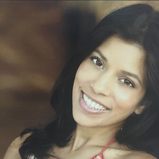 Not too long ago in a land called yesteryear, divorce was seen as taboo. Divorce was akin to a bad disease, something you might catch if you socialize with a divorcee. Even being a widow was preferable. Not anymore. Divorce is now seen as a part of life, a necessary evil when two people grow apart. And one way to commemorate this new chapter is a divorce party.

Instead of crying while getting drunk off wine and Ben and Jerry’s, women (and some men like Robin Thicke) are choosing to rally their friends and celebrate instead. In general, Americans have taken an increasing liking toward celebrating less-traditional events like pet birthdays or coming out of the closet. So why not divorces, too?

“I chose to have a divorce party when my divorce was final,” says divorce coach Claire McCarthy. Not because it was necessarily a reason to celebrate the end of the relationship but because I wanted to celebrate surviving the breakup.”

More: The hardest part of divorce is losing the precious little things

Divorce parties can be seen as a celebration of freedom, a way to commemorate a new chapter and a way to find closure. Or just an easy way to tell everyone you’re single and ready to mingle. Therapist Denise Limongello says, “A party is typically intended as a joyous event, so throwing a party can be a great way to alleviate some of the suffering that comes with divorce.”

After a painful divorce, Carly (name changed for privacy) decided it was time to start the rest of her life. “I didn’t want to feel sad anymore. I wanted to celebrate the end of an emotionally abusive marriage and the beginning of my new life as a strong, confident woman. Make lemonade out of lemons, right?”

Joann Marks agrees and went all out with her own divorce party. “When my husband of 18 years fell in love with a women over emails, I was shocked and devastated. I had a piñata that I attached his picture on, voodoo dolls with “her” face on them and we played pin the “X” on the “EX”. We had prizes for the best “breakup” and worst date story. Throw in great appetizers and plenty of Champagne and it was a real fun night!” She was so inspired by the good time she had, she even designed a divorce card for her invitation company, Music Box Invites.

Divorcee Mari-Rene Alu even went so far as to burn her wedding dress. “My divorce took 2-1/2 years. I felt like I needed a party. I had so many friends throughout the process, so this was my way of saying thank you.”

So ladies if you’re thinking of throwing a divorce party, here are some ideas. Gather your friends, have some cake and celebrate the bright future ahead of you

1. Go to a sexy theater show

Who needs reality when there’s fantasy? Interactive shows will leave you titillated, excited and may just give you your mojo back. If you’re in the NYC area, Sleep No More and Queen of the Night are just two examples of dark, seductive shows that will entertain the gals and give you a reason to kick your heels up. Sleep No More is an adaptation of Macbeth but feels less Shakespeare and more Kubrick. Don a mask and explore the three floors with your girlfriends as you see actors and dancers silently act out scenes. Or try Queen of the Night, a dazzling spectacle of acrobatics and dance. And if you’re not in NYC, a murder mystery “whodunit” is in almost every city.

If a big party isn’t your thing, then a spa day may be right up your alley. Massages, facials, manicures and just a little Champagne might be just what the doctor ordered. Relax in style with closest your gals, blow off some steam, and let your worries float away.

There are bachelorette trips, so why not divorce trips? A beachy girls’ trip to Florida, Aruba or Costa Rica can give you time to party and relax on the beach with a fruity cocktail. Or you can take it back to where many pre-wedding parties start: Las Vegas. Vegas is the capital of debauchery. You can drink, go to a strip club, gamble and eat world-class food all in a day’s work.

If all of that sounds like way too much, just throw a party already. The things you need are simple: food, decor and music. Divorce cakes feature all sorts of scenarios from the more macabre with a decapitated bloody ex to some simpler ones that say “Free at Last.” Decor and games can include a penis piñata, voodoo dolls and even a very apropos “Pin the Tail on the Donkey.” Music? There’s plenty to add to that playlist. Pink’s “Blow Me One Last Kiss,” Carrie Underwood’s “Before He Cheats” or Beyoncé’s “Irreplaceable.”