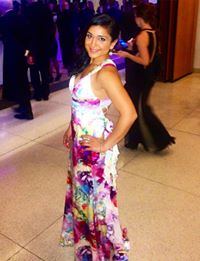 No. No one has. At least not the myth of the toilet seat STD. It’s not a thing.

To be blunt, it is called a sexually transmitted disease or infection (STD/STI) for a reason. It happens by way of a sexual encounter. The toilet seat can’t be blamed. Nor can you acquire a STI from shared towels or clothing (unless you are getting very creative, in which case anything is possible, I suppose).

The shock of testing positive

I can’t begin to tell you how much I dread making the phone call when a patient of mine tests positive for an acute STI. Most commonly, it is chlamydia. Occasionally, gonorrhea.

I dislike these calls for no other reason than the utter shock and confusion I am usually greeted with on the other end of the line. Followed by denial. “How is it possible? My partner and I have only been with each other!” If I wait long enough with a suggestive silence in response to the question… they eventually reach the right conclusions.

If you have not had sex with anyone else, your partner has. Infections such as the ones I mentioned above are acute infections. And though they can have long-lasting or chronic effects, they typically are a real-time reflection of your sexual partner’s history.

One of my patients came to me bawling because her husband threatened to leave her after she tested positive for chlamydia. “I just don’t understand. How could this happen? I haven’t been with anyone else since,” she said. “It must be the infection I got from my boyfriend from two years ago happening again, I guess.”

Fortunately, she was pretty meticulous about her follow-up, and had been seen in my practice for all of her care for the past five years. That meant I had access to all her results, treatments, and retesting. She had been appropriately treated (confirmed by a negative follow-up test). This wasn’t chlamydia by miraculous infection. She had gotten re-exposed. After reviewing it over with her, she realized that her husband was not being as honest as she had hoped. “That M#$!^*F@#$%*! A$$!” she said.

Acute STIs such as chlamydia, gonorrhea, trichomonas and crab louse really are proof positive that one of you is cheating. There are, however, STIs that can’t be directly linked to your current partner or the time of exposure. These include herpes (the gift that keeps on giving), HPV (commonly known for genital warts, but more threateningly associated with cervical cancer), and every so often, making a mess of all things good, syphilis. These infections have a dormant phase and can demonstrate recurrent cycles of outbreaks (herpes), or gradual progression with worsening outcome if left untreated (HPV and syphilis). So please abstain from chasing your significant other with a golf club because your Pap smear came back HPV-positive. At least in this scenario, it would not be appropriate.

In addition to being able to figure out where you acquired an infection, it is also critical to focus on avoiding getting them, being able to identify when you have been exposed and ensuring the right treatment and follow-up as soon as possible.

Beyond the unpleasant symptoms of STIs, there are some important long-term reasons to avoid them, as well. Primarily, fertility. That’s right, you might not be thinking about it in your teens or even in your 20s (or as, in the case of yours truly, even in your 30s), but the ability to become pregnant sharply declines after having a single infection. In fact, it can go to as high as 50 percent fertility reduction after three infections. STIs can also lead to pelvic inflammatory disease (PID), a fabulously painful consequence that can leave your pelvic anatomy looking like a grenade went off from the inside from the scarring that can develop after (not a gynecologist’s dream surgery, let me tell you). You can only guarantee prevention by either abstinence or the consistent use of condoms. Birth control pills do not protect against STIs. I repeat, pills prevent pregnancy, condoms prevent chlamydia. Got it?

Try to learn when you were exposed

Identifying when you have been exposed can be tough. Women don’t always show symptoms (and neither do men, another reason why prevention is key). When they do show up, common symptoms range from spotting and no pain at all to purulent discharge or odor to an agonizing “my uterus is on fire” sort of pain. With infections such as trichomonas, you might have itching, a fishy odor and a grayish discharge. Search reliable medical reference sites such as the CDC for more detailed lists of symptoms. (And pictures. Ah, the pictures.)

Get a single oral dose of azithromycin as soon as you become aware of your infection. It’s as simple as that! (For chlamydia and gonorrhea, that is.) Persistent infection is common, so it’s important to complete treatment and not engage in intercourse during the treatment period. Also, if you don’t feel comfortable contacting your partner(s) about your (shared) infection, your physician will be happy to do it. It’s important to ensure everyone gets treated to ensure your partner’s health and your own (nothing like karmic chlamydia coming back at you for round two!), and we are trained in making those kinds of calls.

Be happy, be healthy!