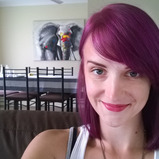 One of Australia’s leading IVF specialists and a frequent guest on the Today show, Dr. Ric Gordon, has suggested that if you’re struggling to lose weight, you should try taking tips from concentration camps.

“There were no overweight people in the concentration camps. Now, they weren’t exercising a lot, they just weren’t eating,” Dr. Gordon said while on air.

More: Why a temporary diet will never give you permanent results

Unsurprisingly, his comments have sparked widespread outrage, with a call for an immediate apology from both Dr. Gordon and Today.

Though the point he was trying to make was about eating less, his approach was deplorable. Not only were his remarks extremely insensitive and offensive, they were downright wrong. According to The Holocaust Explained, a website managed and run by the London Jewish Cultural Centre, many prisoners suffered from starvation and thousands died as a result of the lack of food and the hard labour they were forced to perform.

It’s not a diet that someone should emulate if they’re trying to lose weight, and it’s not a subject that should be trivialised or joked about.

More: Learning more about anorexia may help you save someone’s life

The most surprising thing, perhaps, is that a doctor made the comment. Ric Gordon, who works at Sydney’s North Shore Specialist Day Hospital, surely knows that encouraging people to starve themselves — as a “Holocaust diet” would dictate — would be detrimental to their health.

We’ve been there — we’ve seen people starving themselves to lose weight — and we don’t need to do it again. Smaller portion sizes, which is what Dr. Gordon was trying to say, is not the same as starvation and it certainly in no way reflects the experience of the prisoners in concentration camps.

There are plenty of great diet tips out there, but adopting a concentration camp-style food regimen certainly isn’t one of them.

Watch an excerpt of the interview below.

https://youtube.com/watch?v=LfAMJPXnZIY
More: “Diet” or “eating plan”? How language is breaking your health goals