My fiancee and I love movies, so when we got engaged, we started brainstorming ways our favorites could fit into the wedding. However, we’re also all about authenticity, so we didn’t want to go there unless we could really put in the effort.

Well, if ever there was inspiration to go all the way with a concept, this couple’s engagement photo is it. Los Angeles natives Katherine Canipe and Alex Wells are also huge movie buffs, and thus they decided to recreate an iconic image from one of their favorite movies for their engagement photo.

Now you might think, considering the occasion, they’d go with a romantic comedy, but that would be way too prosaic for these crazy creative kids. No, instead, they went for one of the greatest, if not the least bit romantic, film couples of all time — Doc Brown and Marty McFly from Back to the Future. 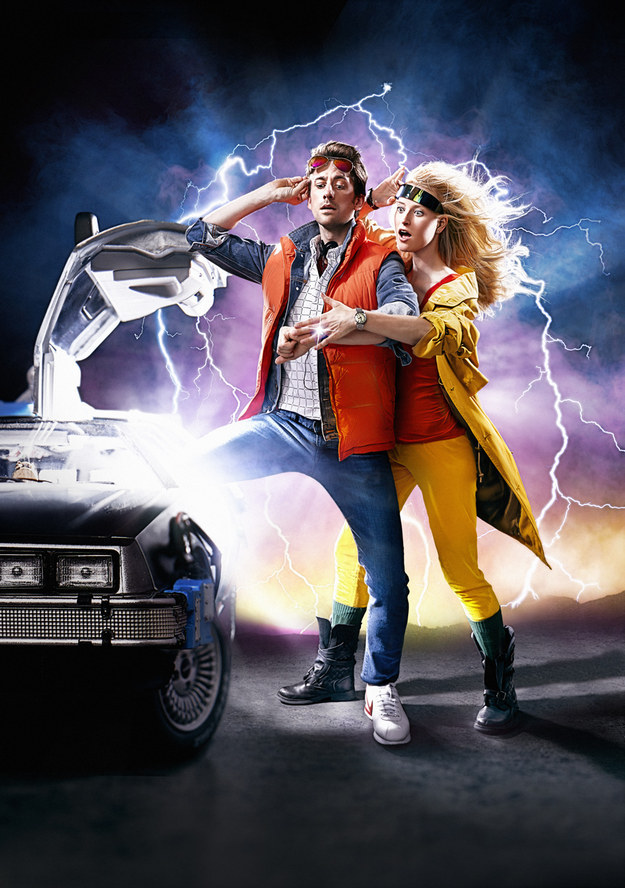 Well, to be fair, it’s actually Back to the Future II, since that’s the one where both Doc and Marty appear on the film poster. However, despite that detail, if you take a look at the original, you’ll see that the similarities are pretty uncanny. 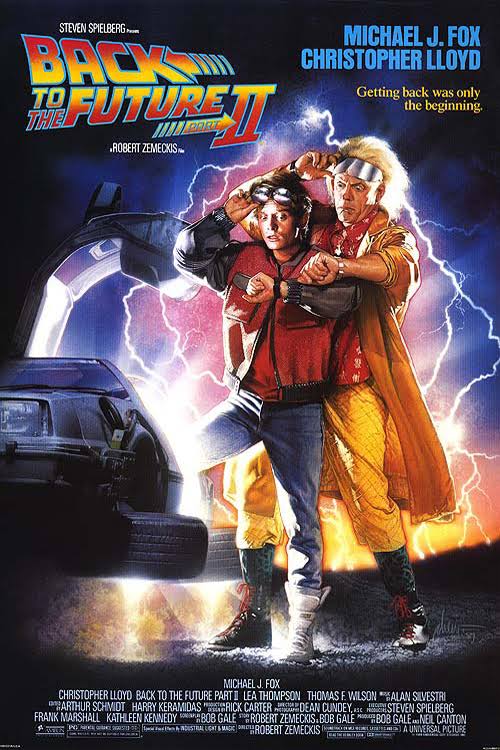 Is that spectacular, or what? I know it’s a little unorthodox, but I think the way they incorporated the ring is actually pretty ingenious. Not to mention, the costumes, background lightening and Delorean recreations are spot on. You can thank photographer Ricky Middlesworth for that. Arizona-born, now Los Angeles local, Middlesworth prides himself on his experimental photography and film work, which is often inspired by the “Golden Age of music videos.” He’s worked with celebrities and non-celebrities alike, and obviously, he has a talent for capturing an almost preternatural look.