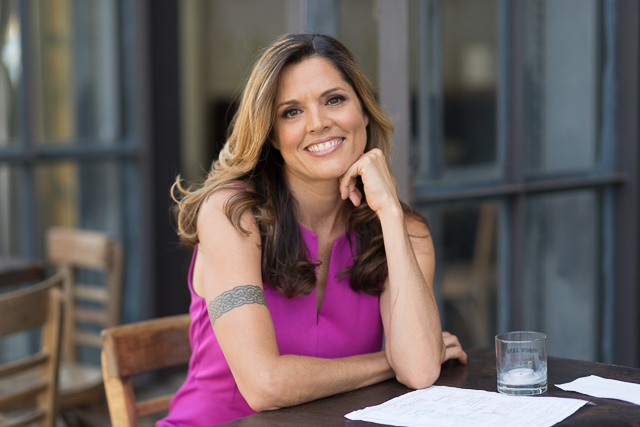 We live in a society that is obsessed with celebrities. We follow every minute detail of their relationships, red carpet fashion, jet-setting and high-profile lifestyles. In the past decade, some female celebs have been on a mission to use their fame to promote healthy goods and services. They are gaining popularity and reaching a wide audience of women who are eager to adopt these clean habits.

As someone who has been using wellness for my well-being for almost 20 years, I am excited to see new awareness and attention on practices such as yoga, meditation and healthy eating. Here are 10 female celebs that are shining a light on things that make you feel good — and are good for you, too! 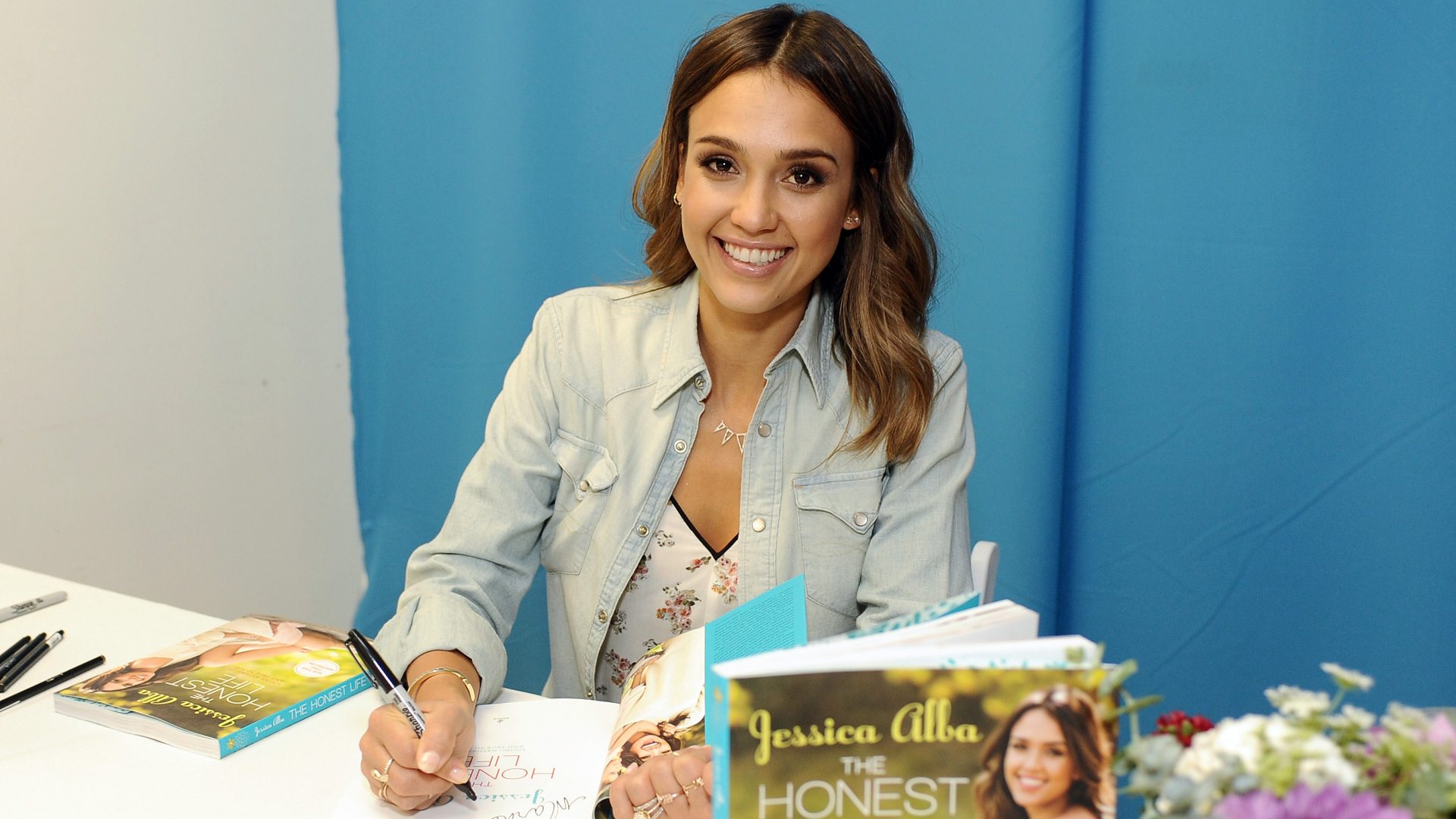 Jessica Alba is known for being a green mom. In 2011, she started The Honest Company to deliver healthy, safe, nontoxic bath, body and cleaning products. She grew this to a billion-dollar company in four years. On Today.com, Jessica shares this about her company: “I’ve been on a quest to create a healthy environment for my family and myself. But I also want our life to be authentic, stylish and fun, because that’s who we are… It’s the reason I created The Honest Company — so we could all have a single, trustworthy destination for nontoxic household essentials that are also extremely effective (and super cute).” 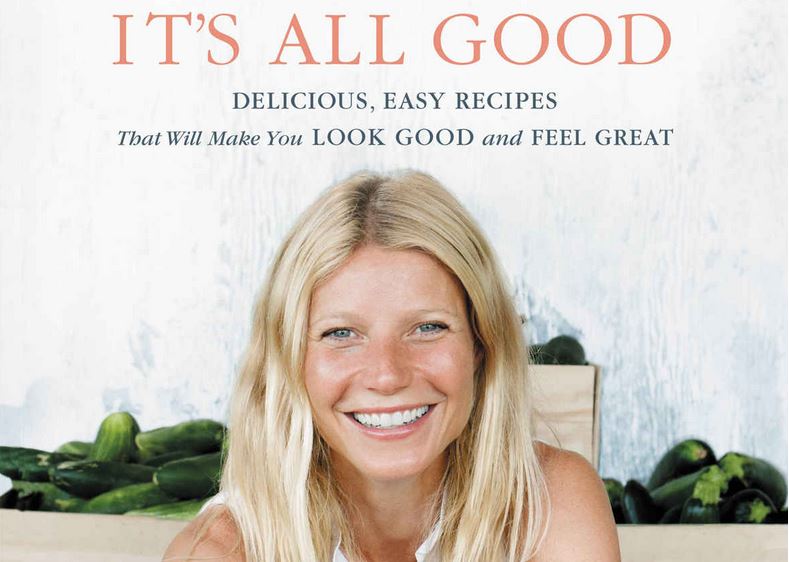 Academy Award-winning actress Gwyneth Paltrow launched Goop in 2008 to share information and recommendations about health, fitness and the psyche. Following the success of the blog, she published two cookbooks: Notes from My Kitchen Table and It’s All Good.

Gwyneth told the audience at #BlogHer15 that she launched Goop as a “place to organize my stuff. I wanted to have an opportunity to answer my own questions… Originally, I was just going to put some stuff online, and have a private site for my friends.” But then she stopped and asked herself, “’Who am I communicating with?’ I sort of had a lot of passion, and I’m very passionate about travel and health and wellness and food and trying to become a better person, so I think in essence I was using the website in order to get closer in a sense, closer to my community.” 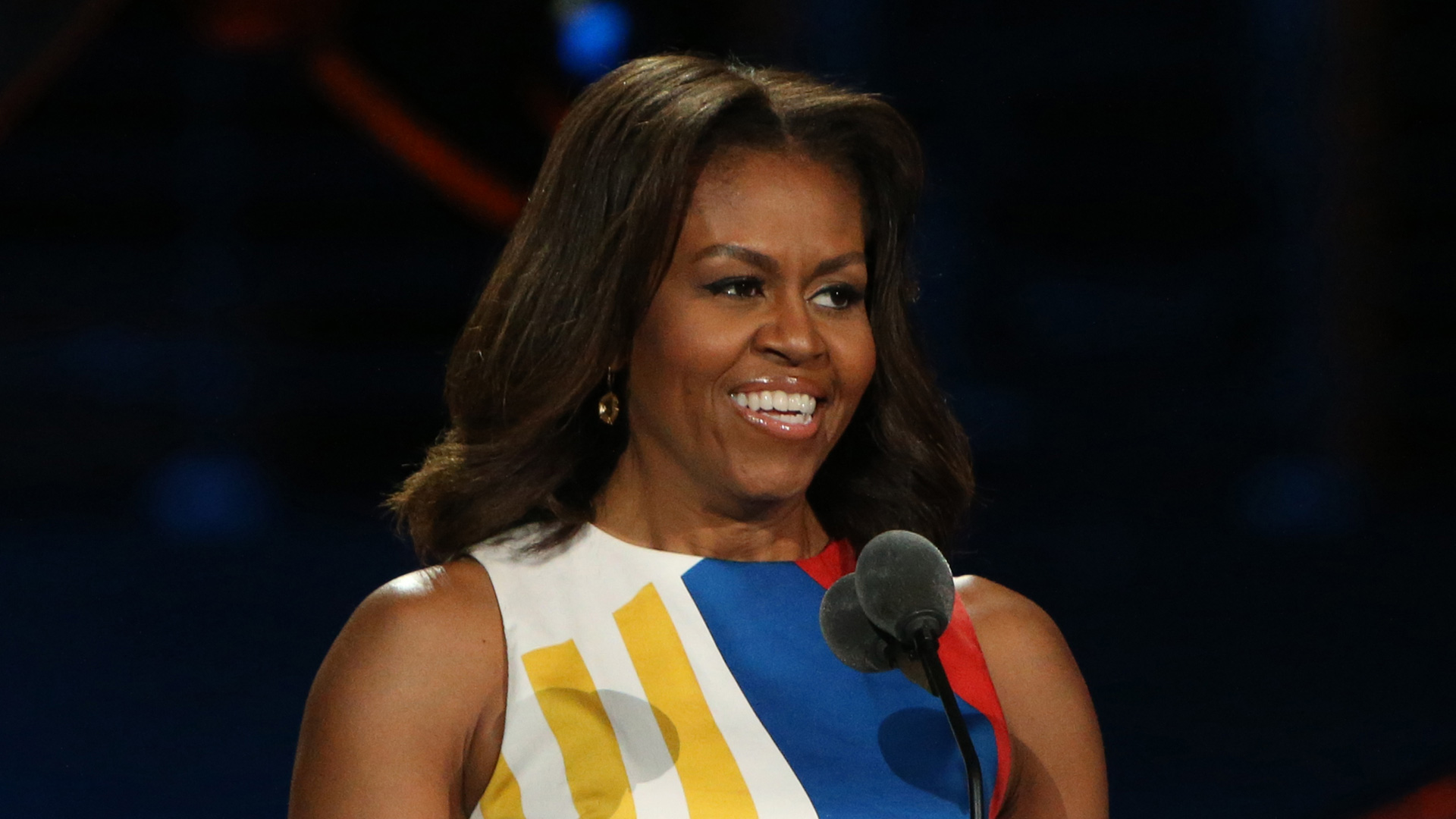 Michelle Obama has been busy bringing wellness to the White House for the past seven years. In 2009, she planted a garden on the South Lawn and later wrote about her experience of growing fresh vegetables, fruit and herbs in American Grown. The following year, she launched Let’s Move!, a nationwide initiative to make kids more active and bring healthier food into schools and communities. Michelle told ESPN that she lives a healthy life not only for herself, but also for her daughters:

“When I get up and work out, I’m working out just as much for my girls as I am for me, because I want them to see a mother who loves them dearly, who invests in them, but who also invests in herself. It’s just as much about letting them know as young women that it is OK to put yourself a little higher on your priority list.” 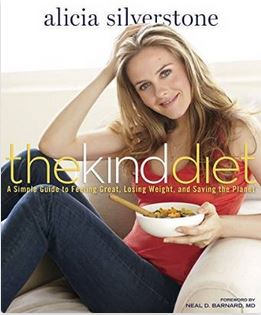 Alicia Silverstone published The Kind Diet and launched the Kind Life website in 2011 to promote a plant-based diet and a conservation attitude. Her approach to parenting includes no vaccines, no commercial diapers and no meat for her kids. Alicia told The New Potato, “Eating ‘kind’ is about being really, really good to yourself via the foods you put in to your body. A plant-based diet filled with delicious whole foods (mother nature’s little miracles) will give you tons of energy, mental clarity, gorgeous skin and a zest for life. The bonus? This kindness also extends to the earth itself; a plant-based diet is much lighter on the planet.” 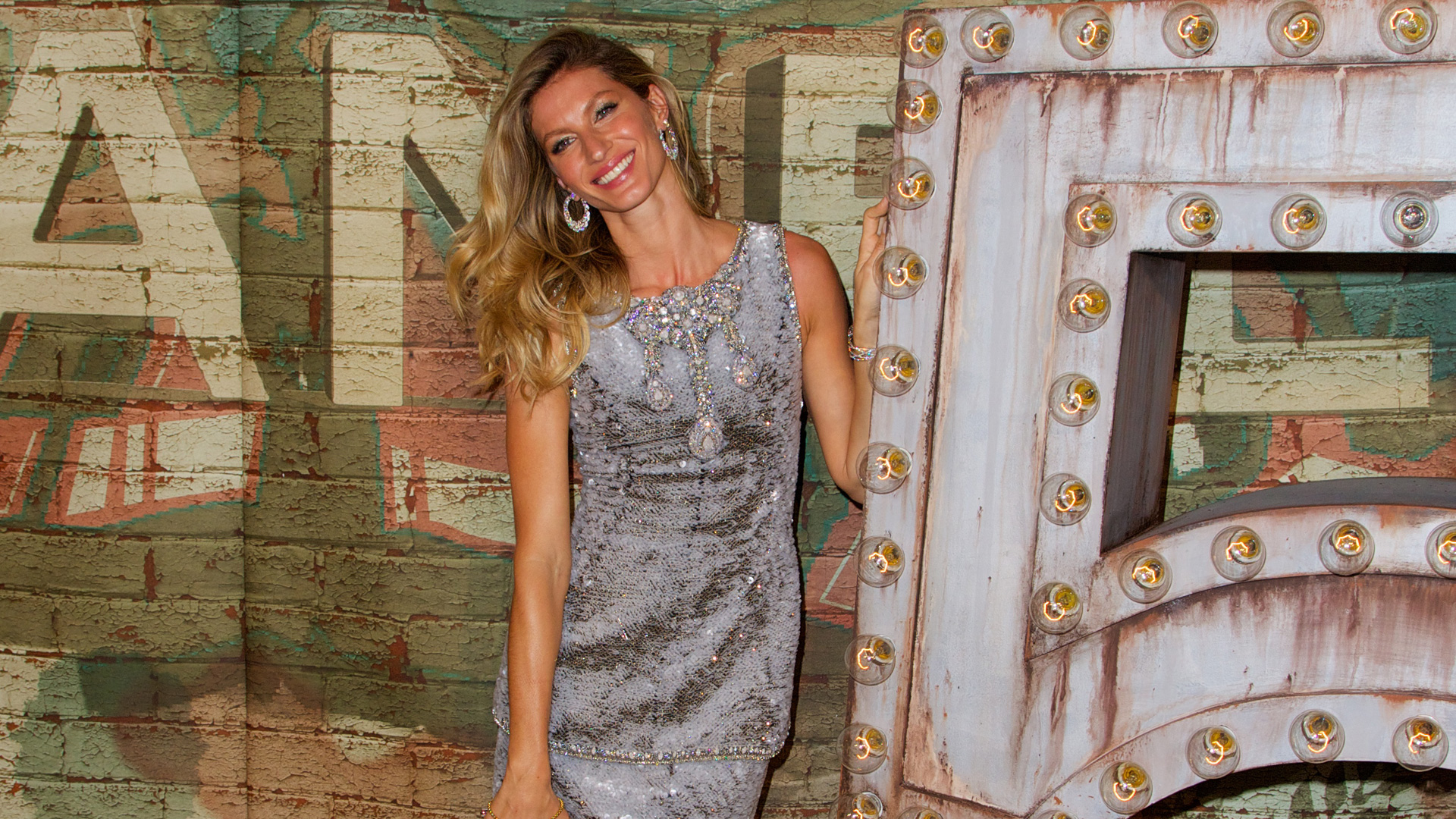 Supermodel Gisele Bündchen launched an all-natural, eco-friendly skin care line called Sejaa in 2010 to protect your skin’s natural radiance while also protecting the health and beauty of the environment. Gisele told Vogue, “I wanted to teach girls to love themselves and take care of their bodies. What is the first thing you see every morning? Your face! What do you put every day on your face? Cream! I have made the simplest, purest cream — an everyday cream — but it comes with an affirmation… be grateful you are here, alive and healthy.” 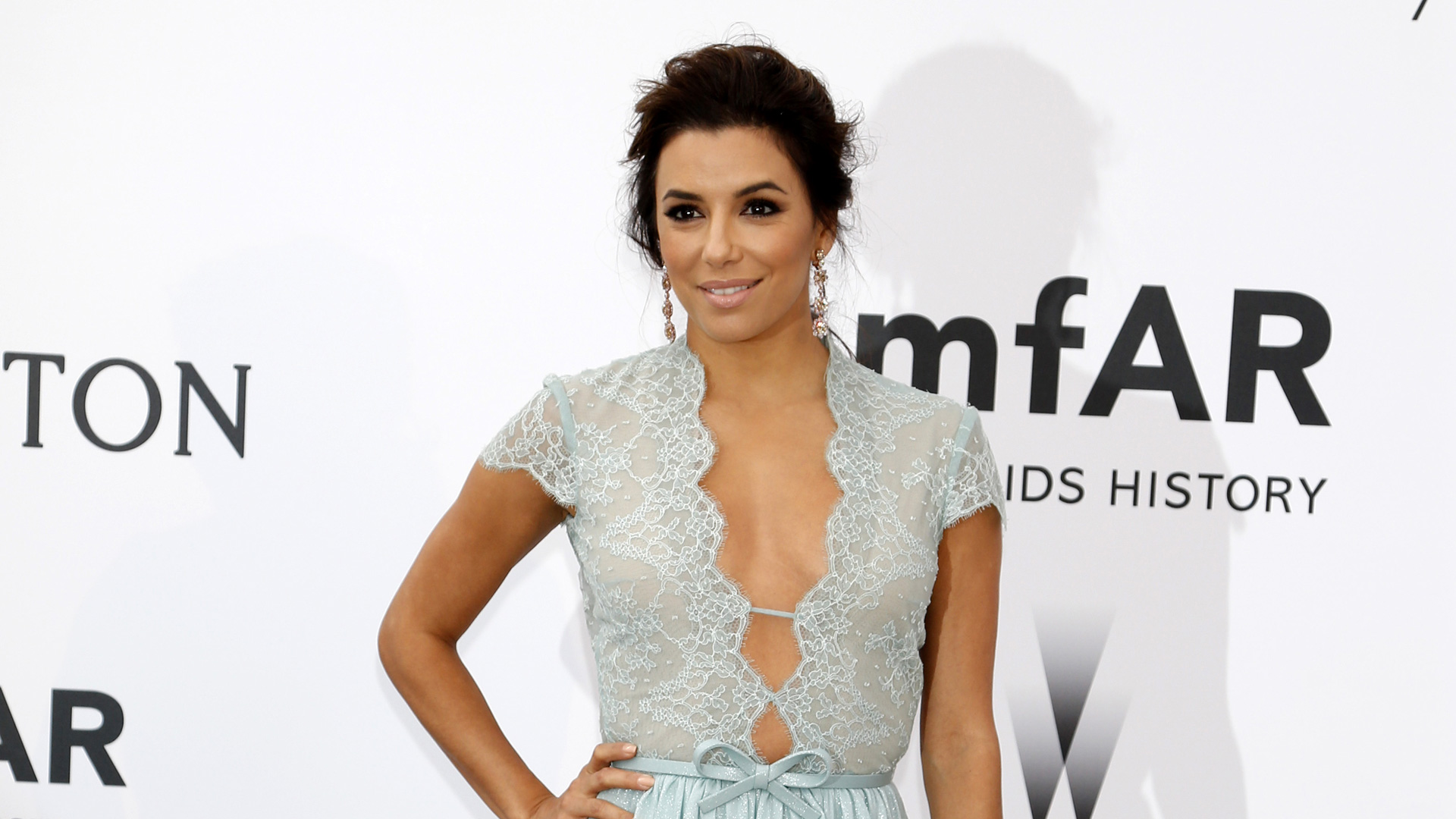 Long before she was famous, Eva Longoria was a personal trainer. She received her degree in kinesiology from Texas A&M and uses everything she’s learned to stay lean and toned. She is also cofounder of Eva’s Heroes, which is an organization dedicated to enriching the lives of young adults with special needs. She told Health Magazine that she recognizes the importance of not only being physically fit but also having a healthy outlook.

“I love self-help, anything that’s going to move you forward in life… People think health only has to do with your physical being, but for me, it’s so much more. I remember after my divorce, I was so thin and everyone kept saying how great I looked and it was probably the most unhealthy place I’ve ever been… [But now] I have a great diet and exercise routine. And I try to have a healthy outlook. I’m your everlasting, hopeless optimist!” 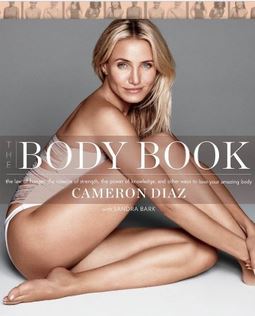 Cameron Diaz wrote the No. 1 New York Times best seller The Body Book in 2013 to share what she has learned about nutrition, exercise and the mind/body connection. Diaz was motivated to write the book when she was 39 years old because she kept having conversations with girlfriends who were confused about their bodies. In this LA Times interview, Cameron explains how her book is different from other self-help books.

“We should all be experts in our own bodies and how they function. I want people to be happy and healthy and productive, and you can’t tell them how to do that. They have to learn it themselves, so it all comes back to giving them the basics of how the body functions and letting them figure it out from there. I don’t give a diet or fitness plan. I want people to learn critical thinking to figure out their own plan. Or to be able to look at another plan and understand what parts are right for them and how to adapt it to fit their own needs.” 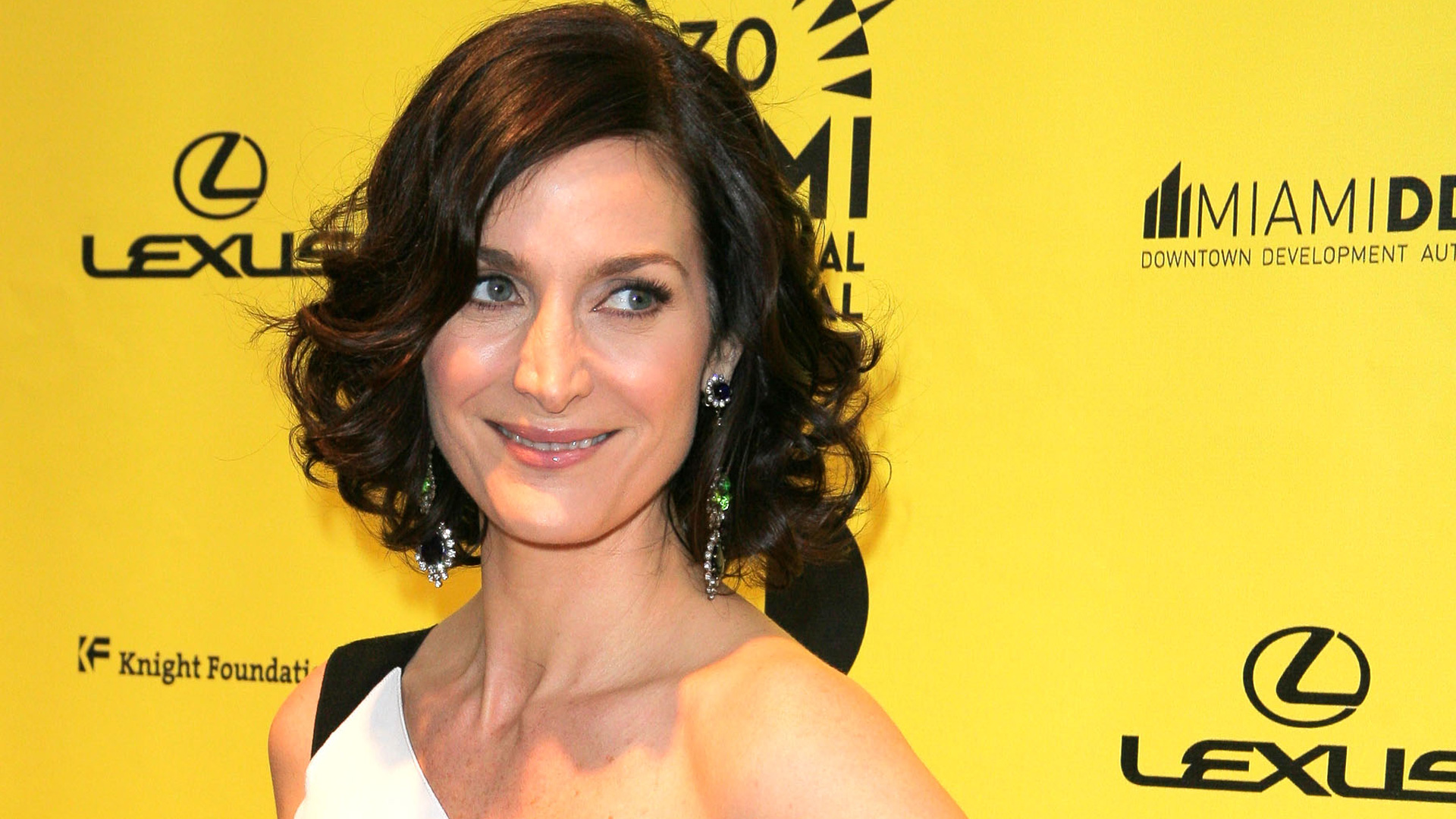 Last year, Carrie-Anne Moss, best known for her role of Trinity in the Matrix trilogy, launched Annapurna Living, a website that offers courses focused on meditation. It was her role as a wife and mother that inspired her to create a community of women crafting lives that uplift each other. On her website, she says:

“My desire is to live in a world where nourishment is valued. I believe a nourished family will lead to a nourished world. I believe life is beautiful and that our divine purpose in this world is to nurture the earth by respecting it and being grateful for what it provides us… My wish is to inspire others to create beautiful, honest and satisfying lives.” 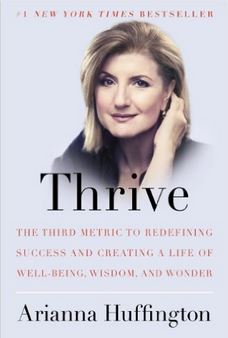 After she woke up in a pool of her own blood, Arianna Huffington realized that it was time to redefine success and make a lifestyle change. In 2014, she published the best-selling book Thrive and followed it up with a digital course on Oprah.com in 2015 to teach practical ways to meditate, get more sleep and create a digital detox plan.

Arianna told the BlogHer14 audience, ”Women need to make it clear there is a different way to live our lives. We have a much better understanding of the state of our smartphones than the state of our being. When I collapsed, I must have been below zero percent battery. … I know everyone can’t get eight hours of sleep, but you can get 30 minutes more of sleep a night than you do now. … If you need a role model, look at God. He worked hard for six days, and on the seventh he took off. You can do a digital detox. We need to disconnect from the everyday world so that we can reconnect with ourselves. Each of us has a place of wisdom, strength and peace within us. Multitasking is the bane of our [existence].” 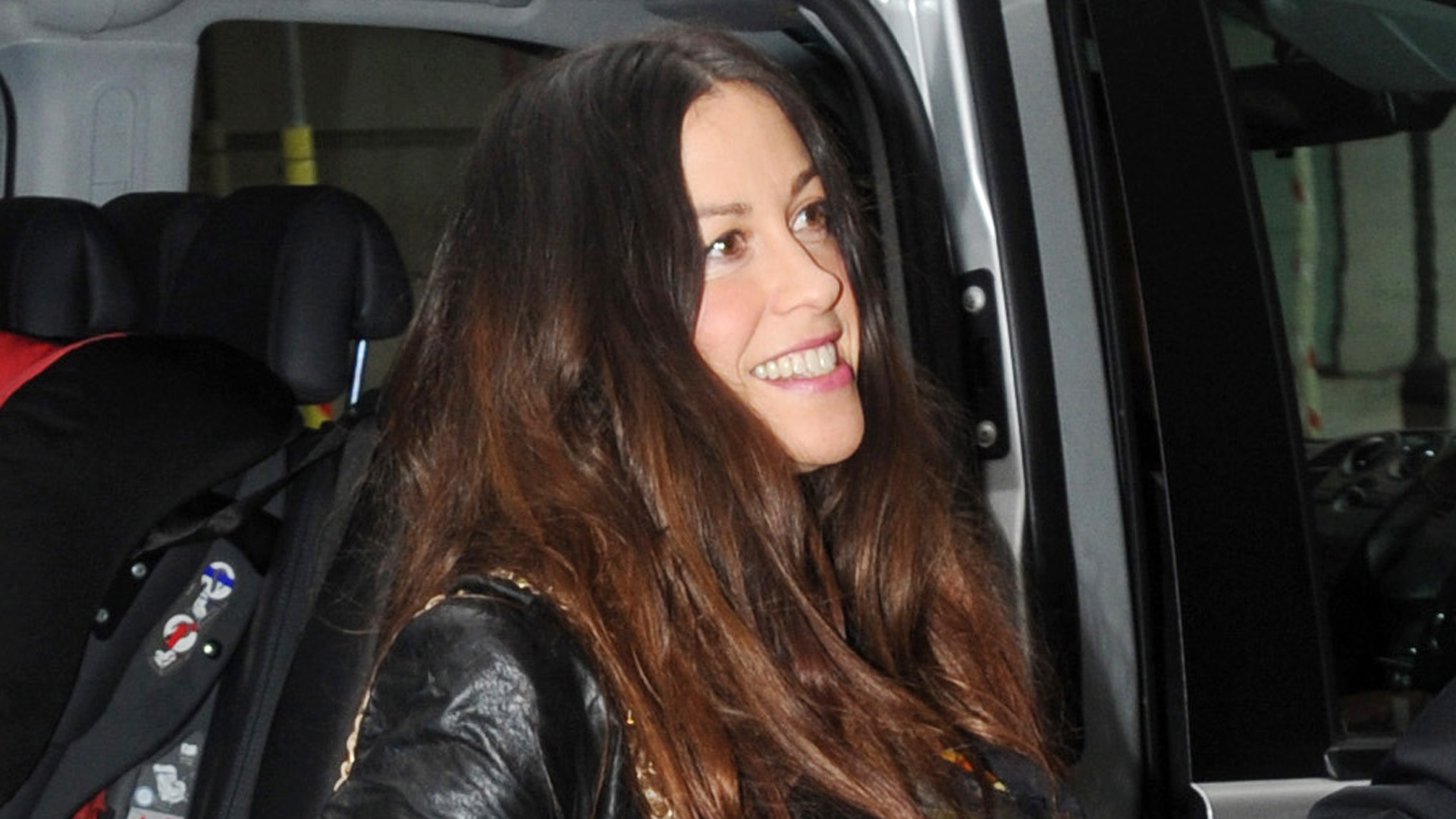 Alanis Morissette has been on a path of personal growth since her 1995 album Jagged Little Pill. She began a spiritual search to answer the big life questions such as “Why am I here?” after she realized that material success did not cure her problems or her loneliness. She studied with many teachers and used mediation, prayer and music to find happiness and balance. In a Super Soul Sunday Oprah interview, Alanis says:

“I think happiness is a state, and it’s a temporary state. So, if we’re chasing a temporary state, we’re setting ourselves up to fail… [Emotions are] like boats to me, and my suffering is dependent upon how quickly I jump into the boat and follow that stream. But if I sit back and watch it, there’s some relief… I wouldn’t call it ‘happiness.’ I would call it ‘the bliss or the joy of consciousness.'”

If you want to try her approach to happiness, Alanis and friends are hosting a wellness workshop next month in Big Sur, California, titled “Hurtling toward Wholeness.”

Did I miss one of your favorite female health gurus? Tweet your picks to me @GabrielleTV.

19 hrs ago
by Meredith Goldberg

19 hrs ago
by Meredith Goldberg

21 hrs ago
by Kelly Iverson

21 hrs ago
by Dr. Claire McLintock