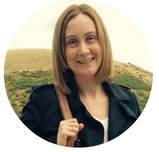 Just when I think I’ve worked out what triggers my IBS along comes a series of attacks. As if a restrictive diet isn’t complicated enough, it seems that there’s a lot more to controlling this condition than diet alone.

During my most recent attack I was with my children at their Taekwondo class and having a decaf coffee while waiting around for them. That’s all. No food, nothing. As soon as we started to leave the building, the pain began. It’s a gripping pain and one that finds me doubled over and unable to stand up straight. Put another way, it feels like someone is trying to tie my intestines in knots. I was one step away from being sick, passing out, needing to phone a doctor — I wasn’t sure. Trying to pretend to your children that you’re not that bad really and you’ll be OK in a minute is difficult, especially when you’re worried. All I could think was “what has caused this attack?”

More: Caroline Quentin poisoned herself with gluten to get proper diagnosis

IBS attacks can come out of nowhere and knock you off your feet. I thought I had mine under control but the problem is that with IBS it’s never that simple. There is no “one thing” that you can blame and it makes dealing with it that much more difficult. Was it the coffee? Could it be stress? I hadn’t eaten properly since lunchtime and so I had the coffee on an empty stomach. I’ve found that having an empty stomach for too long triggers attacks too. Eating little and often is better for me. If I’m going out for a meal in the evening and I don’t have a snack before I go out I will be in big trouble.

Over the years I’ve come to know my main triggers. One is the nightshade food group (potatoes, tomatoes, aubergines, peppers). Discovering you’re allergic to tomatoes by having your lip swell up like a collagen implant gone wrong is one way of finding out; even better when you are on a second date with your new boyfriend (who happens to be my husband now so it wasn’t as bad as it seemed). That was almost 20 years ago but I didn’t give up the rest of the nightshades until around three years ago. I mean what’s a salad without tomatoes and peppers? It took me a while to adjust to a life without these foods but, alongside a low sugar and predominantly gluten- and lactose-free diet, my symptoms are manageable. I also take a good quality probiotic every day.

More: 5 “Healthy” foods that can hurt your gut

After a friend offered to bring my children home that day I was able to lie down and let the spasms ease. There really is nothing else you can do because moving around only makes it worse. Have I learnt my lesson? Yes, of course, but that doesn’t mean I can stop myself from getting stressed or rushing around. Instead I need to make sure I look after myself by eating regularly and getting some early nights in to recharge the batteries.

And if my symptoms don’t calm down once the madness has stopped I’ll have to look at other potential causes but, for now, I’m keeping my fingers crossed that I’ve worked out the reason for this flare-up. Because if there’s one thing that I’ve learnt about IBS it’s that you have to be vigilant, listen to your body and adapt as circumstances change.

More: 6 Foods to cut from your diet for better health

Do you suffer from IBS? How do you control your symptoms?

22 hrs ago
by Dena Landon