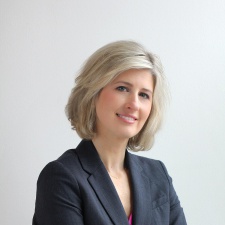 I keep seeing Holly Madison now that she is promoting her new book Down the Rabbit Hole. For those of you who don’t know Holly, she was one of Hugh Hefner’s gorgeous girlfriends on the MTV reality show The Girls Next Door. She also dated Hugh and wanted to marry him/have his children.

Lucky for Holly, she got out before any of that happened. In the book and in her interviews, the former Playboy bunny reveals what life was really like behind the scenes at Playboy and with Hugh. It’s hard not to want to peek in. Sadly, Holly reveals that she wasn’t treated very well. However, she says she didn’t realize it for a long time. Instead, she got depressed, anxious and didn’t know that her relationship had progressed so negatively.

Big surprise! According to Holly’s book, Hugh Hefner objectifies women, emotionally tortures them and uses their insecurities against them. BTW girlies, research shows that men who objectify your body are more likely to try to manipulate you.

Why is it that women don’t realize when their partners are jerks?

One reason is that women are socially conditioned to please, doubt themselves and oppress anger to maintain intimate relationships. In other words, you denying what is going on or did go on in your relationship is partly how you were raised to be. It isn’t your fault.

In addition to socialization and gender roles, other psychological mechanisms like denial go into overdrive in these situations. Denial is sometimes a good thing. We use it whenever we feel overwhelmed, confused or when we are scared. However, it can go into overdrive. For example, it can work a little like the Frog Boiling Effect.

In relationships the gradual change and discomfort can creep up on you too.

Things start out fun and nice for Holly. Then come a few (not a ton) of mean statements, mixed with loving and nurturing (they can’t make it too hot too quickly or you will jump, Froggy.) However, by the time things are said and done, narcissistic/insecure/controlling partners will have their partners crippled through negative reinforcement. The victim becomes depressed, anxious and too insecure to leave. It is, in some weird way, a normal response to abnormal and unhealthy positive and negative reinforcement.

If you are partnered with someone who occasionally says mean things to you, or confuses you with statements that make you uncomfortable or lead to increased insecure feelings about yourself, please watch out. It doesn’t mean the relationship is doomed. However, you need to make sure you are aware of the impact that this type of unhealthy interaction may have on you. Get a licensed social worker/counselor/therapist or some other outside support to help you think clearly and empower yourself to be assertive about your wants and needs, before things get too hot!

Cherilynn Veland, M.S.W., L.C.S.W., is a psychotherapist and coach based in Chicago. She has been helping individuals, couples and families for more than 20 years. She is author of Stop Giving It Away, which is on sale now at Barnes & Noble. You can join the conversation and get tools and tips for how to stop being a Giveaway Girl on her blog.

4 hrs ago
by Meredith Goldberg

4 hrs ago
by Meredith Goldberg

7 hrs ago
by Kelly Iverson

7 hrs ago
by Dr. Claire McLintock