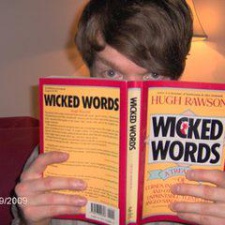 A study published in The American Journal of Gastroenterology in 1998 asserted that the average person “passes wind” eight to 20 times per day. In fact, people are capable of producing anywhere from one to four pints of gas per day, every day. While it might come as a relief to know that you share this embarrassing bodily function with every other healthy person on the planet, flatulence nonetheless continues to be… um… embarrassing. Even worse is when the embarrassment is accompanied by actual physical pain. Thanks a lot, digestive system.

The two most common causes of gas are the air swallowed while eating and drinking, and the digestion of food by bacteria in the large intestine. Aside from gastrointestinal distress caused by serious underlying diseases, such as irritable bowel syndrome, most gas and/or bloating can be cured fairly quickly and naturally with common herbs and spices. Natural remedies like the ones listed below are of particular psychological benefit to those who really don’t want to throw a package of gas relief tablets down in front of a crowded checkout line. Sometimes a little mystery is a good thing.

Ginger is a pungent, yellow-green rhizome, and can be found in the produce section of supermarkets. As a medicinal root, ginger is frequently taken for nausea and upset stomach, but it is just as effective for gastrointestinal distress. Gas that has occurred as a result of digestive tract lining irritation can be controlled by ginger, since it increases salivary and stomach secretions, which coat the digestive tract and soothe it. Shredding a one-inch piece of ginger root on a cheese grater, and adding it to two cups of boiling water with honey and lemon, makes an effective and natural gas relief tea with a delightful bite to it.

Like ginger, bitter herbs induce the secretion of digestive juices which can help alleviate gas pain. Gentian, a bitter flowering plant which is used to flavor some liquors as well as the soft drink Moxie, is very effective at calming an upset stomach as well as reducing or eliminating gastric distress. Centuary is another popular bitter herb for treating digestive and gastric ailments, and is also used as a laxative.

Chamomile tea is often drank in the evening to soothe tension at the end of the day and promote healthy sleep, but its bitter qualities also stimulate the gastric juices that help ease the digestive irregularities and irritation that cause gas. Mugwort, a more tolerable relative of wormwood, has the same anti-gas properties.

All of these herbs are usually sold in dried tea formats at health food stores, and occasionally stocked in the natural sections of chain supermarkets.

The essential oils in fennel seeds and cumin seeds have anti-spasmodic effects on the intestinal smooth muscle, and are used to prevent intestinal gas to great effect. The essential oils in anise seeds and caraway seeds also have intestinal anti-spasmodic properties. Fennel, anise and caraway seeds have been acknowledged by the Commission E of Germany, an herbal medicine guide, as being highly effective gastrointestinal distress reducers. Caraway is most frequently found in baked goods, such as Irish soda bread, while cumin and star anise are more often found in Indian and Asian foods.