When you’re preparing to run in a race, losing your sight is probably one of the last things you’re worried about happening. However, that’s exactly what happened to Brittany Williams, who ran in the Texas mud run two weeks ago.

Williams, a young mother from Dallas, said her eye started to hurt as soon as the race was over, but she thought she might’ve just gotten some debris or mud in it. Not long after that, she tried opening her eye and experienced a frightening thing. “When I opened my eye, it was just like white. The whole room was white,” she told CBS News.

Mud runs are typically pretty messy, and since you’re racing through obstacles flooded with wet dirt, the chances of getting hit with flying debris are high. However, the chances of getting cut in the eye by debris, then being exposed to necrotizing fasciitis are much, much lower. The bacteria also rarely affects people with strong immune systems, but the cut in her eye probably gave it an advantage.

Even though she was rushed to the hospital, Williams lost her sight in the infected eye only 24 hours after she finished the race. While that sounds difficult enough, the real trouble began after the diagnosis had been made.

Williams works two jobs to support her daughter and thus did away with health insurance because she rarely ever used it. She told CBS News, “I’ve had health insurance before, and I never used it. I never went to the doctor, and I just spent lots of money for nothing. So I didn’t see the point at the time when we couldn’t afford it.”

However, I’m sure it was nothing compared to the price of her current hospital bills sans insurance, which came to $100,000, and she’s not even near finished with her treatments for the infection. Her fiancé and family set up a GoFundMe page to help offset the cost of the medical bills, but it’s proved difficult to make a dent. They have managed to raise a little more than half their goal of $20,000, but that’s only a fifth of what she needs to cover costs and doesn’t include the antibiotics and future exams and treatments she will no doubt need to save her eye.

And again, because she doesn’t currently have insurance, doctors are refusing to treat her. A recent update on the fund page says, “We were scheduled for a follow up and deep tissue biopsy/culture early this morning. Before getting fully checked in or seeing any of her team members, we were asked to leave and told we could no longer be treated within their facility secondary to lack of insurance and full payment. Horrible timing because they previously discontinued all of her antibiotic treatment for one day in hopes to regrow culture and identify the cause.”

The facility even refused to give her a referral, so she is trying to make due with “leftover antibiotics” until she can be seen by a different doctor. However, despite all this, Williams remains optimistic. She told CBS, “Even though people go through horrible things, I make the best of it. Because there’s no point in sitting and sulking, because it’s just going to make the rest of my days miserable.” True statement, girl. If you feel for Brittany’s plight, please consider donating to her family’s fund. 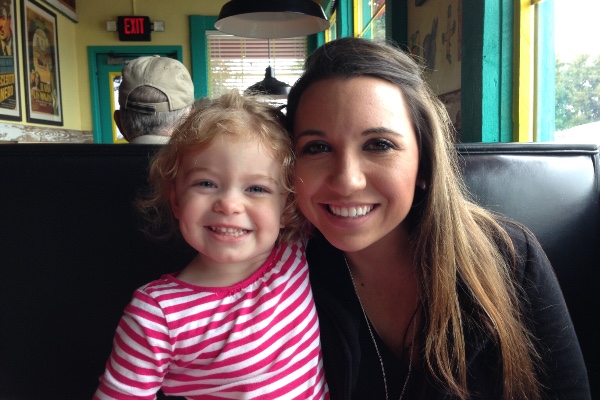 Where & When Should You Be Wearing a Mask in Public?

The 6 Unexpected Health Benefits of Semen

Busy Philipps on Postpartum Peeing & Being Unapologetically Real With Your Kids

What We Know So Far About Coronavirus’ Effect on Fertility, By the Numbers

7 Rheumatoid Arthritis Symptoms Every Woman Should Know About