In an effort to entice us to move, someone has put together a list of the “hunkiest cities,” and we’re totally buying in. California, here we come! Rather unsurprisingly, the state has eight of the Top 20.

What’s it going to take to get you out of your current living situation and convince you to move on to bigger, better and hotter places? Maybe Trulia’s chart of the 20 sexiest cities will help. If you’re looking for some new men to stare at, it looks like these are the places to go, and considering nearly half of the list is made up of towns in California, that should probably be your first choice. Even the No. 1 spot was awarded to California and the gorgeous city of San Diego.

But how did the geniuses at Trulia determine a city’s hunkiness? Sadly their research did not involve going to each big city and spending time in male strip clubs, looking for the next Magic Mike. Instead, they used, like, science and math to calculate some very important ratios. In particular, their experts looked at the number of households and the number of single men, and then compared it to the number of bars, barbers, beauty salons, clubs, gyms and tanning beds. Based on the proportions, they determined the winners.

Surprised? We’re not. San Diego is surrounded by multiple military bases, which boosts its influx of single men significantly. Bonus: It has way better weather than Los Angeles. Like… it actually rains there. If you want a guitar-strumming guy who will juggle your in between working in three bands, though, try Austin. And if you really want a guy like the ones in Magic Mike, you should probably head to Las Vegas. They seem to run the game on male strippers. For us Midwesterners, it looks like a weekend trip to Chicago is in order, huh?

Have fun out there, man-eaters! 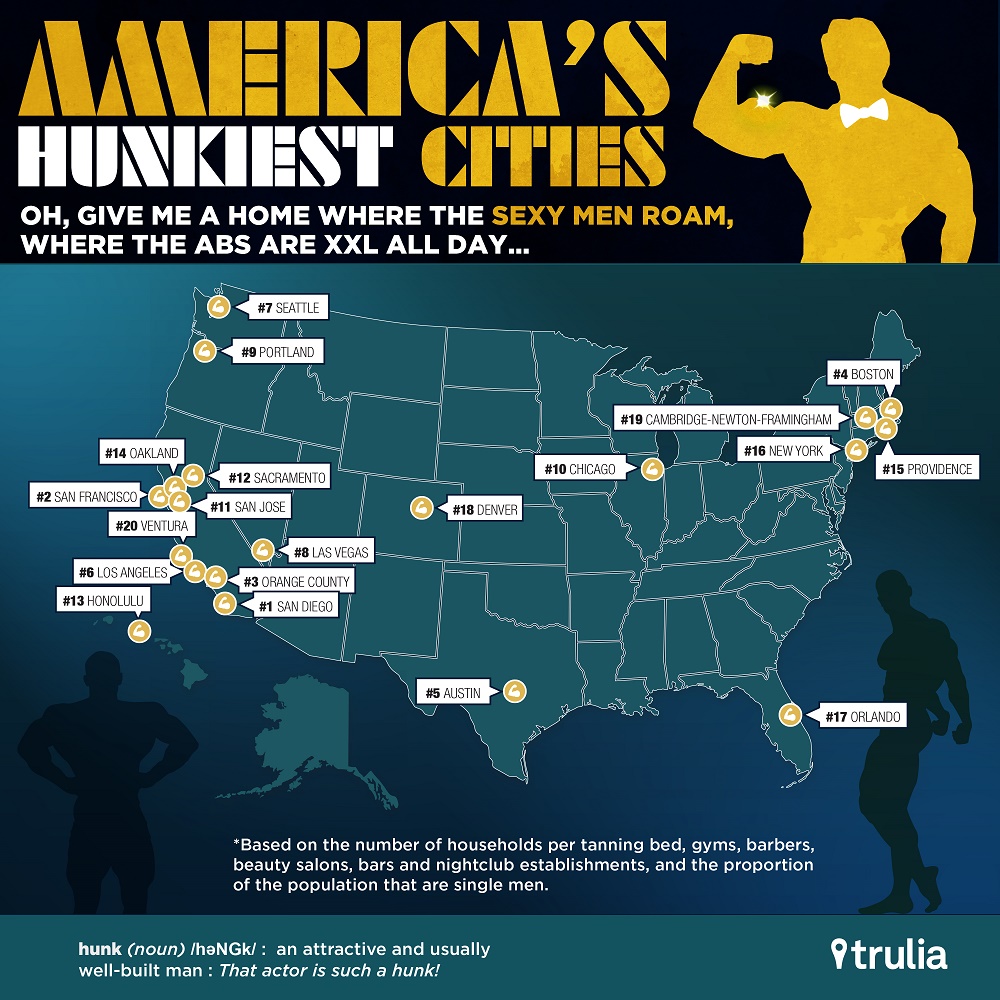