Do you read ingredients lists? If not, you should because there are some ingredients that should raise a red flag before you chow down. 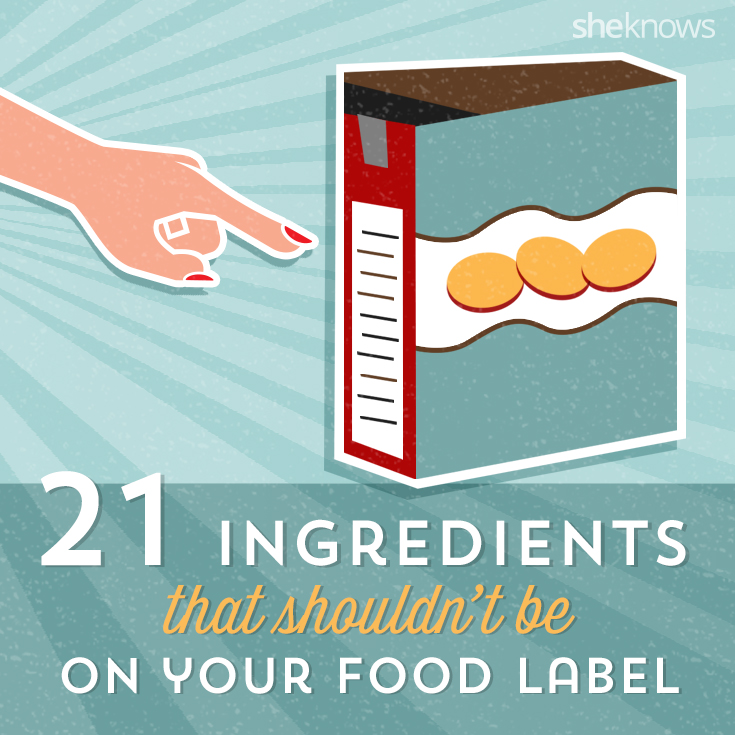 Sugar isn’t swell for you, but you probably knew that already. What you might not know is that it can appear in many different forms on an ingredient label. High fructose corn syrup is a well-known example that gets tons of bad press — for good reason. “If HFCS is listed as one of the first ingredients on a nutrition facts label then you should not eat that product,” says Saba Sassouni-Tolep, M.S., R.D., C.D.N., lead dietician of Zone Manhattan.

Sugar, no matter what it says on the ingredient label, can contribute to all sorts of health issues you definitely do not want. But it’s not always totally obvious on the label. “An increased sugar load with foods means more insulin is released,” says Debra Atkinson, M.S., C.S.C.S., America’s boomer fitness expert. “As soon as insulin is released, fat metabolism halts. Sugar leads to more weight and fat gain.” Look for fructose, sucrose, dextrose, lactose and maltose in addition to maltodextrin, malt syrup, nectars, corn syrup, corn syrup solids and honey.

Yes, the nitrates and nitrites you’ll find in delicious foods like bacon just might be bad for you. Marci Clow, M.S., R.D.N., of Rainbow Light says, “Sodium nitrates and sodium nitrites are preservatives found in processed meats and their intake has been linked to some cancers and metabolic disorders plus many experience side effects such as dizziness, headaches, nausea and vomiting when consuming product with these preservatives.”

These three-letter ingredients may seem innocuous, but they are nothing more than a couple antioxidant preservatives. “This is a case where antioxidants are not a good thing!” says Clow. “The Department of Health and Human Services has identified them as known carcinogens, but they are still allowed in food.” Sometimes food is sprayed with the preservative, and other times it’s applied to the packaging it’s in.

Artificial colors make food look inviting and amazing, but they are generally not a good idea. Sassouni-Tolep says you should look out, in particular, for yellows and reds. “Although there is no conclusive research on health disadvantages of food colorings, there have been some reports of these products causing ADHD,” she explains. “These dyes are banned in some parts of Europe.”

More: 7 Foods that are ruining your good night’s sleep

“Although benzoic acid occurs naturally at low levels in cranberries, prunes, cinnamon, ripe cloves and apples, sodium benzoate is a preservative that is produced by reacting sodium hydroxide with benzoic acid,” notes Sassouni-Tolep. “Like most other additives, there is still research that needs to be done — however, this has also been linked to hyperactivity.”

While many manufacturers have reduced or eliminated diacetyl in their products, you still want to make sure it’s not in your microwave popcorn. Clow says it has been associated with lung disease, which you should file under “Do not want.”

Although classified by the FDA as “generally recognized as safe,” propylparaben is something you should avoid if you see it on the ingredients list. In laboratory animals, it’s been shown to mess with hormones such as testosterone, and it’s been reported to accelerate the growth of breast cancer cells.

Another additive that winds up in bread and crackers is a known carcinogen — potassium bromate. It’s not allowed to be used in food in the UK and the European Union, but lucky for us in the U.S., it can still be added to flour.

8 hrs ago
by Dr. Lexx Brown-James