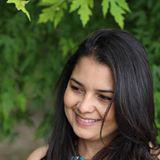 I always dreamed of living abroad. When I was younger I used to watch American movies and imagine I was living in one of those beautiful brick houses with a triangle roof. I’d imagine I was making snowmen or pretend I was riding a cute yellow school bus to and from school. This probably sounds silly to anyone who’s originally from North America (in particular the U.S. and Canada), but anyone who grew up in South America will totally understand what I’m talking about.

During my young adult life, I worked a lot to save money so I could move to Canada one day. I studied in Brazil and completed my Masters in Linguistics before coming to Canada to study more English. Six months after moving to this beautiful and friendly city, I met a cute French-Canadian guy (aka my now-husband) who totally swept me off my feet. We fell in love at first sight. Well, he did. It took me a little longer to come around, but I did and we eventually married.

Two years ago my husband, who was 33 at the time, started feeling very tired. He would crash on the couch and fall asleep at 8 p.m. He would also wake up four or five times a night to go to the bathroom. We thought it was very weird because of his young age, so he decided to go to the doctor and found out he was pre-diabetic and his blood pressure was extremely high. The doctor said he could prescribe some medications for him. However, my husband preferred to try to change his diet and exercise more first. He told his doctor that he would return in three months to redo the tests and see if it was better, and if not then he would start the medications.

I decided to help him, and together we changed our eating habits by avoiding white carbs, refined sugar and trans fats as much as possible. I also became more curious about foods in general and what we should be eating or not. I read and researched about this topic to help me understand more about nutrients and what functions they provide to our body. After all that homework, eating healthier has paid off and my husband now is back to his normal levels of glycemia and blood pressure. This made me realize how important it is to eat quality food. I must say that changing our diet was half the battle. My husband decided to exercise everyday by starting to run and bike. His second visit to the doctor was in February; by May he decided to run his first-ever 5-kilometer race. He finished with a time of 32.18 min, which is awesome for a first race. But he openly admits that he is not a fan of running. He’s become passionate about his bike. Every day he takes his bike out for a 20-kilometer ride and comes back full of energy. I can’t believe how we have both changed. It’s a constant battle and not an easy one, but if you put your mind to it, you can reach any goal.

While we were getting on track to a healthier lifestyle, I would regularly send pictures of my recipes to my family back in Brazil, who also wanted to make them. This inspired me to create a food blog to share my recipes not only with my family, but also people all over the world. In June 2014, I created Primavera Kitchen and since then I’ve been inspiring readers to make more homemade food and healthier dishes. Today, this blog motivates me to learn more about cooking and healthy eating. I always cook recipes that are fast, simple, delicious and of course nutritious. You will see an influence of North America cuisine and as well Brazilian cuisine in my cooking since I grew up tasting all the tropical ingredients and flavors from Brazil.

Check out my blog for all sorts of delicious, healthy meals!

22 hrs ago
by Charlotte Andersen