We’ve been conditioned to think getting engaged is supposed to be a surprise, despite the fact it’s a major decision that affects both sides of a couple equally.

It’s shocking how many people still go through the motions of these obsolete traditions considering how far we’ve come in the sexual revolution. When heterosexual men decide to pop the question, they usually ask their girlfriend’s father’s permission first. This tradition was customary when daughters also came with dowries, and they used gas lamps to get up the stairs in the dark. So why do we still feel so obliged to do it?

According to several recently engaged guys, it seems to be about acknowledging the importance of the moment for all parties involved. One brain surgeon told Slate, “I embraced the tradition despite the fact that the institution of marriage has evolved. Or maybe even because it has evolved: My relationship with her parents was so informal that it felt important for me to declare my dedication to their daughter explicitly. I saw it as a way of deepening my bond with them as family.” Well when you put it like that, it sounds pretty nice, doesn’t it?

But what about the actual engagement itself? According to Mic, several studies claim over two-thirds of men and women still prefer the guy to be the one to go down on one knee and hand over the rock, but does that mean the entire ordeal has to rest in his hands?

Getting engaged to be engaged

Many couples today are discussing marriage years in advance of the actual engagement, and often the engagement itself is mutually agreed upon and planned out. That way, everyone who’s affected by the weighty decision is a part of its execution.

Meriwether Snipes was with her now fiancé for seven years before they got engaged, due in part to him taking a job out of state in Las Vegas for half that time. He had expressed wanting to get engaged years before her, but she knew she wanted them to be in the same place before taking that leap.

“I made it really clear to him that I didn’t want to get engaged until I was at least finished with NYU, because grad school was the main relationship in my life for those three years. After I graduated and he moved back to the East Coast, we had the conversation again about getting engaged since both of us were in the same place physically and emotionally. Although I knew ‘the question’ would happen eventually since we designed a ring together, he managed to still make it a surprise.”

This sort of half surprise engagement has become quite common, especially with couples who still embrace the idea of tradition to some degree.

Jordan Tunnicliff, a British journalist for BBC, had been dating his lady for six years before popping the question, and spent two of those years talking on and off about the prospective marriage. While the engagement hadn’t been exactly planned, both sides took initiative to make it happen, so when the time came, it was a welcome surprise.

“My partner is very organized and has a ‘life plan’ meaning she wanted to be engaged by *this point* married by *this point* etc. She surprised me by taking me to Barcelona for the weekend. I utilised this moment to pop the question. It was good because I knew she’d say yes as we’d planned it, but as she wasn’t expecting it for another three years it came as a total shock.” 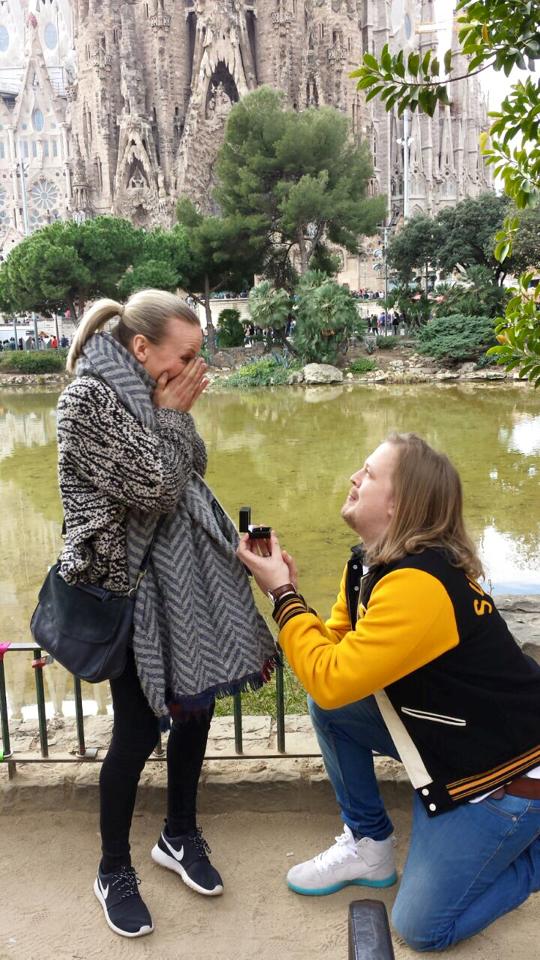 The idea of proposing to each other is on the rise as well, which is quite exciting and refreshing to me. Some couples are also choosing to get each other rings so that the act feels more equal and less possessive.

This is especially true for LGBT couples who seem to struggle more with the formal traditionalism of it all. Jennifer Barron told The New York Times, “We both wanted the experience of proposing and being proposed to. It felt really empowering for me.”

More: Woman’s reaction to proposal is totally over the top (VIDEO)

Others want the moment itself to be mutually inclusive. Recently engaged Shira and Ron told Mic, “Neither of us is passive. I think we both wanted to have an active role in this big moment. It was the whole ‘surprise’ part that wasn’t making sense. We both wanted to surprise the other.”

That is, perhaps, my favorite engagement concept, even though it seems like it would be quite tricky to pull off. If you’re choosing to share your life with someone, you should start by equally sharing the moment that starts it all off.