If you ever wanted a prime example of a husband’s unfailing devotion to his wife, this is it. Tracy Spraggins was losing a lifelong battle with lupus, and needed a kidney transplant to turn things around. Her husband immediately got tested to see if he could give her one of his, and was thrilled to find out he was indeed a match. However, the doctors told him he couldn’t be her donor in his condition.

Tracy had been diagnosed with lupus when she was just 6 years old. In 2013, her health had begun to deteriorate to the point where she needed to be placed on a kidney transplant list. This was a difficult blow for her since her sister had died a few months before due to complications during a kidney transplant. There also was no guarantee she’d live long enough to get a new kidney, because the list had a seven-year wait. That’s when her husband stepped up. 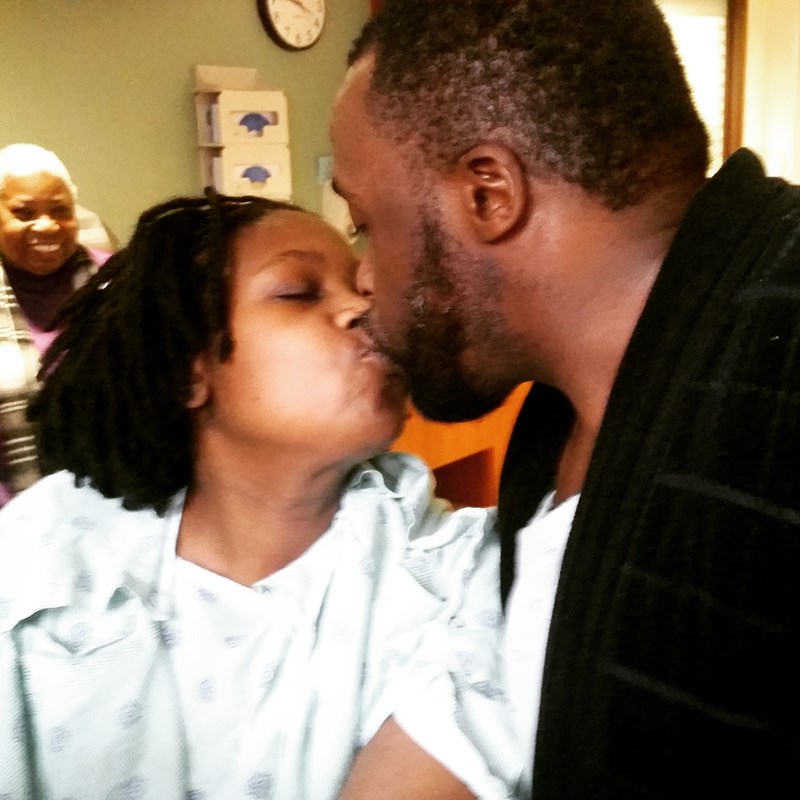 However, P.J. Spraggins weighed 265 pounds when he was tested to be a transplant match for his wife, which made him an unfit candidate to donate a kidney. The doctors told him he should lose at least 30 pounds before they would consider going forward with the transplant. P.J. did just that, but upon getting retested, he found out losing weight was only half the battle.

On the day he came back to the doctor’s office, he had just changed a tire, and as a result his blood pressure was unusually high. He told Daily Mail UK, “My blood pressure was all over the place. The results came back and they said no again.” While the results were discouraging, he did not give up. He decided to undertake a year-long, intense fitness regime to get his health back on track.

In December 2014, after having lost a whopping 70 pounds, he went to Nashville’s Vanderbilt Hospital to get retested. Lo and behold, the tests showed his blood pressure was now in a healthy range, and he could officially be his wife’s kidney donor. On Feb. 24 of this year, they went into a four-hour-long surgery together and came out smiling.

The operation was a success, and now both of Tracy’s kidneys are functioning beautifully, thanks to her wonderful husband. “It has just been amazing. To know that I did everything I could to give my wife a better quality of life is just the best feeling. I am so happy,” P.J. told Fox News. If you’ll excuse me, I must go take a quick, happy cry break.

Their friends helped set up a YouCaring fund page for the couple to help them make ends meet during their two-month recovery period when neither can work. So far, they’ve reached 80 percent of their goal, and there are still 21 days to donate.

While the recovery process is long, P.J. and Tracy are so happy to be healthy again. P.J. is getting back to producing music, and his wife is finally free from kidney distress for the first time in 33 years.