When I see twins or triplet kids walking down the street together dressed identically, it usually makes me go “awww.” However, watching triplets getting married at the same time, sporting the same dress, hairstyle and even similar-looking grooms would be a bit much for me to take. But that’s exactly what these 29-year-old Brazilian triplets did this past Saturday, and I have to admit, the pictures are pretty adorable. 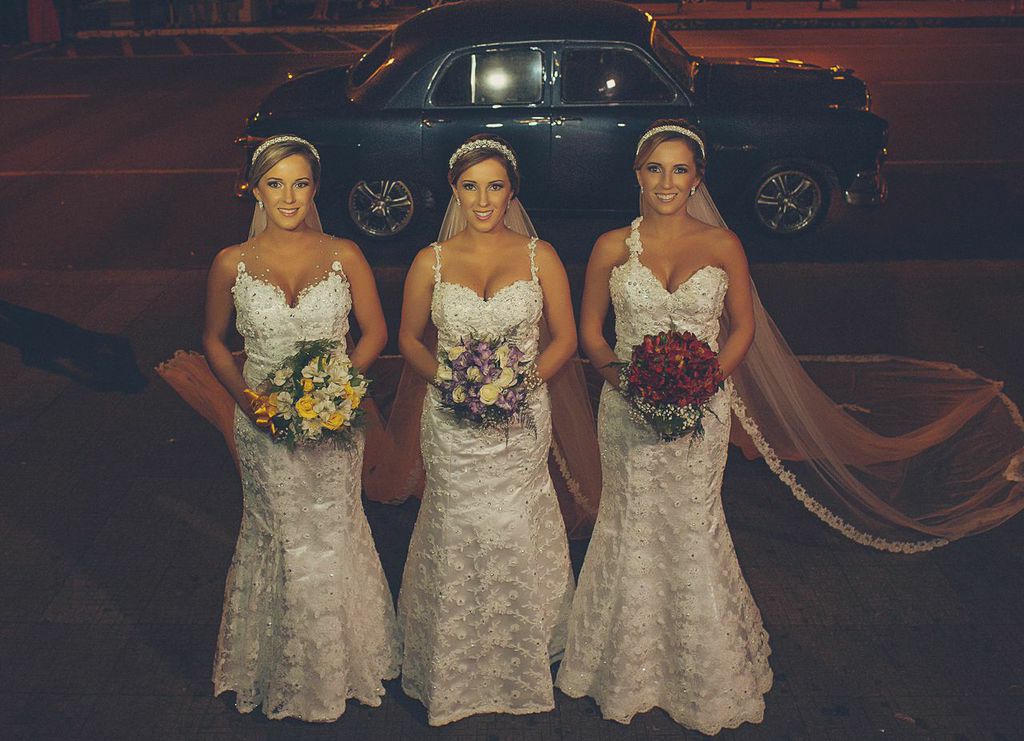 Well, at least the tops of their dresses were different (somewhat). Rafaela, Rochele and Tagiane Bini have always had similar styles and tastes (even in men), so when it came for them to tie the knot, doing it together made perfect sense.

However, it was actually the brides’ parents who came up with the tri-wedding idea. Rafaela was the first to find her husband-to-be, followed closely by Rochele, who met her fiancé the following year. When Tagiane got engaged and the other two had yet to wed, their parents thought it would be a wonderful way to bring their family together. But how in the world did their father walk them all down the aisle?

He told the Daily Mail, “We decided that we would all walk down the aisle until half way down the church. From there, I would take one at a time.” Well, that makes sense. That way each bride can have her moment, at least for 10 paces or so. 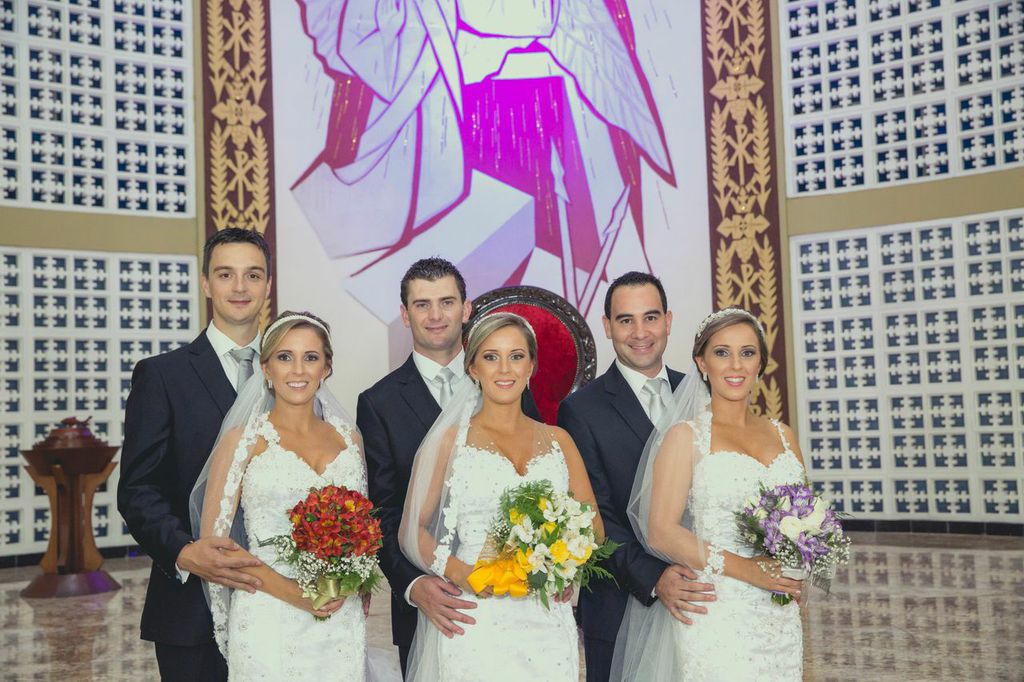 On the fateful day, the grooms admitted they were nervous about accidentally confusing their brides. The girls gave them and their guests a little help by carrying different-colored bouquets, and in the end, the grooms pulled through without any mix-ups.

Eduardo, who married Tagiane, said he had no problem recognizing his beloved. “Oh yes, I knew which one was mine, for sure. I knew as soon as she entered the church. She was the most beautiful.” And I’m officially passing out from the cuteness.

The brides had a total of 18 bridesmaids following them down the aisle, each wearing a color that corresponded with the bouquet of the bride they were representing. After the ceremony, I imagine them all playing a huge game of capture the flag — at least, that’s what would happen if it were my triplet wedding.

Ironically, when the girls went to get their hair and makeup done, they wanted to come out looking different from one another. However, like with most things in their lives, they all ended up going with exactly the same thing. “We tried a number of styles, but we all liked the same one. It’s not even worth trying. It always ends up like that,” said Rochele to the Daily Mail.

Now if these triplets end up having triplets and they all want to get married on the same day, Brazil is going to need to build a much bigger church. 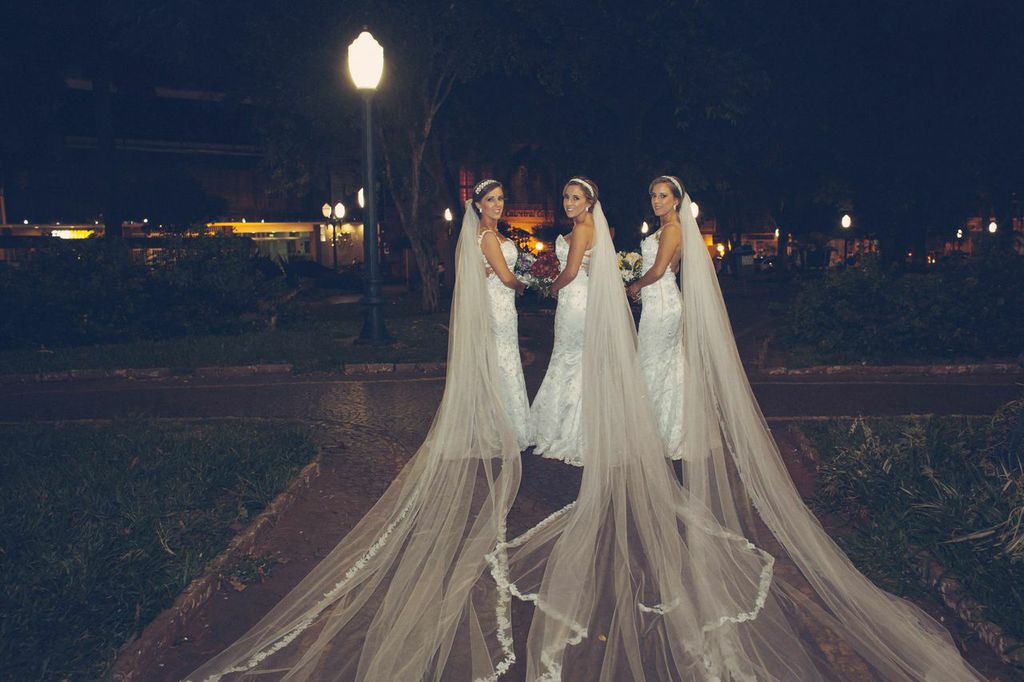 Pop-up weddings are a thing and the photos will make you smile
A Star Wars-themed wedding that’s surprisingly classy!
15 Couples reveal what really happened on their wedding night