It isn’t uncommon for couples getting married to complain about a wedding vendor who fails to live up to their expectations. But there’s no way their experiences come even close to this one.

A couple from Texas who wish to remain anonymous got the shock of their lives when, one day after they were married in 2012, they reportedly discovered a horrible, racist phrase had been printed at the bottom of their photo booth pictures, and they suspect the photography company they hired was behind it.

The couple says every guest who had his or her photo taken in the photo booth, which was provided by Premiere Photos, had the heart-warming experience of getting a snapshot in return — with the words “Poor N***** Party” printed at the bottom. 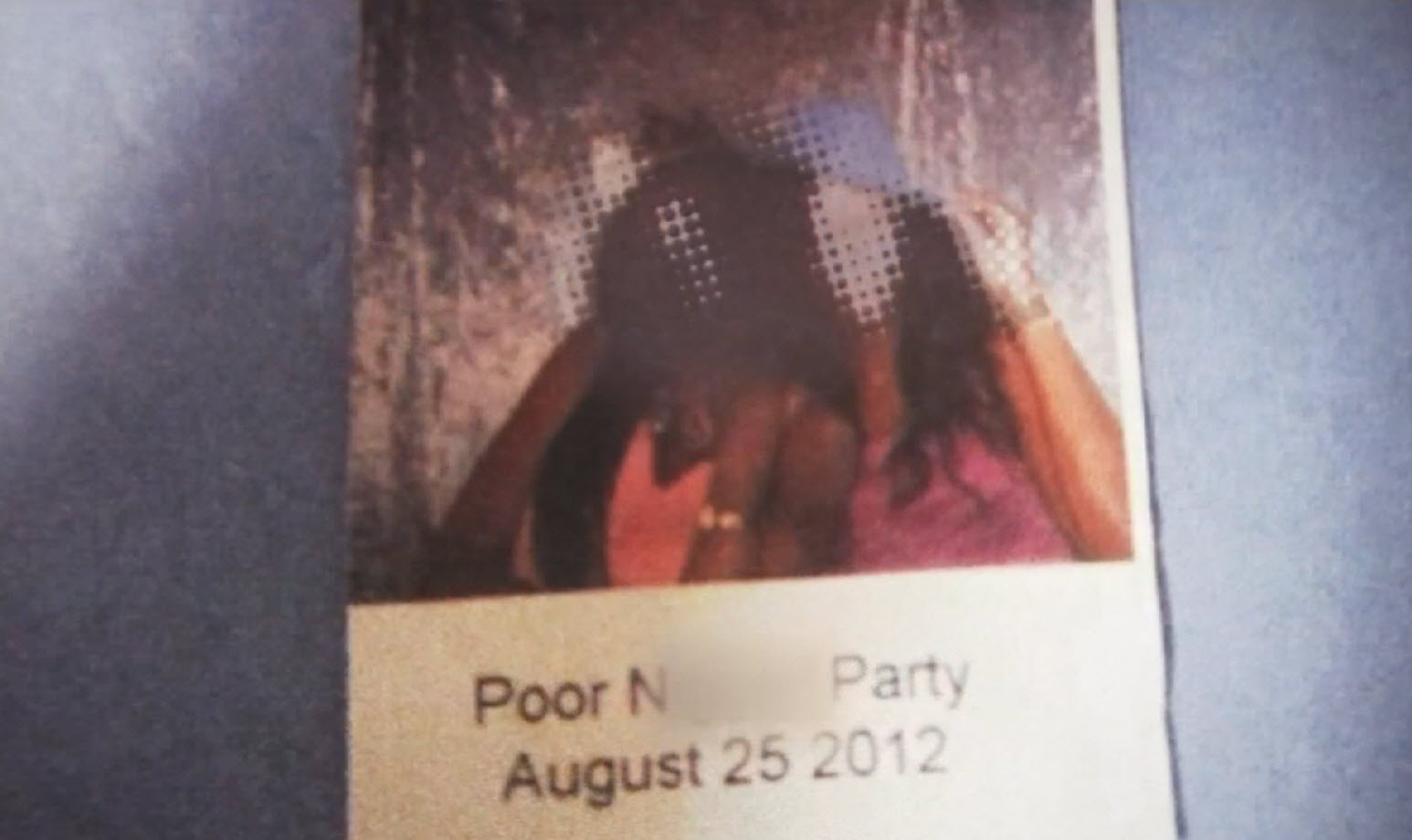 Can you even imagine their faces? Luckily for the couple, they invited some mighty lovely and thoughtful people to their reception, because no one approached them to tell them about the slur, which would have obviously ruined their night. In fact, the couple didn’t learn about this until months later, when the bride’s sister finally broke the news to her, most likely because she felt her sister and brother-in-law deserved, at the very least, an explanation and apology — and that no other couple should have to go through this.

Sadly, they weren’t shown the slightest bit of common courtesy or respect. The groom says he called James Evans, the owner of Premiere Photos, and was told they couldn’t prove his company had anything to do with the slur, given the fact that there were more than 100 guests at their wedding. He also reportedly said they didn’t seem emotionally distressed about the incident. Um, I believe the right answer would have been, “Holy cow, I’m really sorry that happened to you. That’s outrageous and unacceptable. Let me look into this incident and get back to you as soon as possible.”

The groom was instead given a two-word response: “Sue me.”

Well, don’t mind them if they do.

I’m not saying the company had anything to do with these horrible photos, as I obviously have no way of knowing. But the couple’s attorney, Cathy Hale, claims the only thing they wanted was an apology and for someone to take their complaint seriously and find out if anyone on their team had anything to do with it. They paid this company money and deserve that much in return.

The couple is suing under the Texas Deceptive Trade Practices Act because they say the company practiced “negligence and breach of contract.” Evans’ attorney didn’t want to comment to the press but has maintained his innocence and says there is no way to prove one of the couple’s guests wasn’t behind this.

Because, I suppose, couples often invite people who feel hostility toward them on the biggest day of their lives. Who wouldn’t want to pay $100 a plate for a total jerk who secretly hates their guts, right?

With that said, who knows what really happened? All parties involved are scheduled to sit for a mediation, but if they can’t agree at that point, the case will go to trial in July.