This couple’s engagement photos are adorable and intimidating all in one. Iliana and Joe are huge Crossfitters, so when it came time to decide on an engagement photo idea, training together quickly went from joke to perfect choice.

The two actually met when they were both working at Sea World in Orlando, Florida, at which point Joe had already been doing Crossfit for two years. Eventually, as their dating progressed, the couple started going to the gym (or as they and other Crossfitters call it “the box”) together, and now they’re both hooked.

“It’s a hobby we are both really passionate about and that’s something we like to do together,” Iliana told the Huffington Post. “It’s really fun that you can share it with somebody that you love.”

Naturally it came up when they were shooting around ideas for their engagement pictures. While Iliana wasn’t entirely serious about the idea at first, their photographer Cricket Whitman immediately latched onto it.

“I had joked around with Joe and told him we should take pictures at the box because that’s where we spend most of our time together,” Iliana told The Huffington Post. “I didn’t really think he was taking me seriously. Then he asked our photographer about it and she sounded excited so he said we should try it out. I was all for it — to just do something that was a little more ‘us.'” 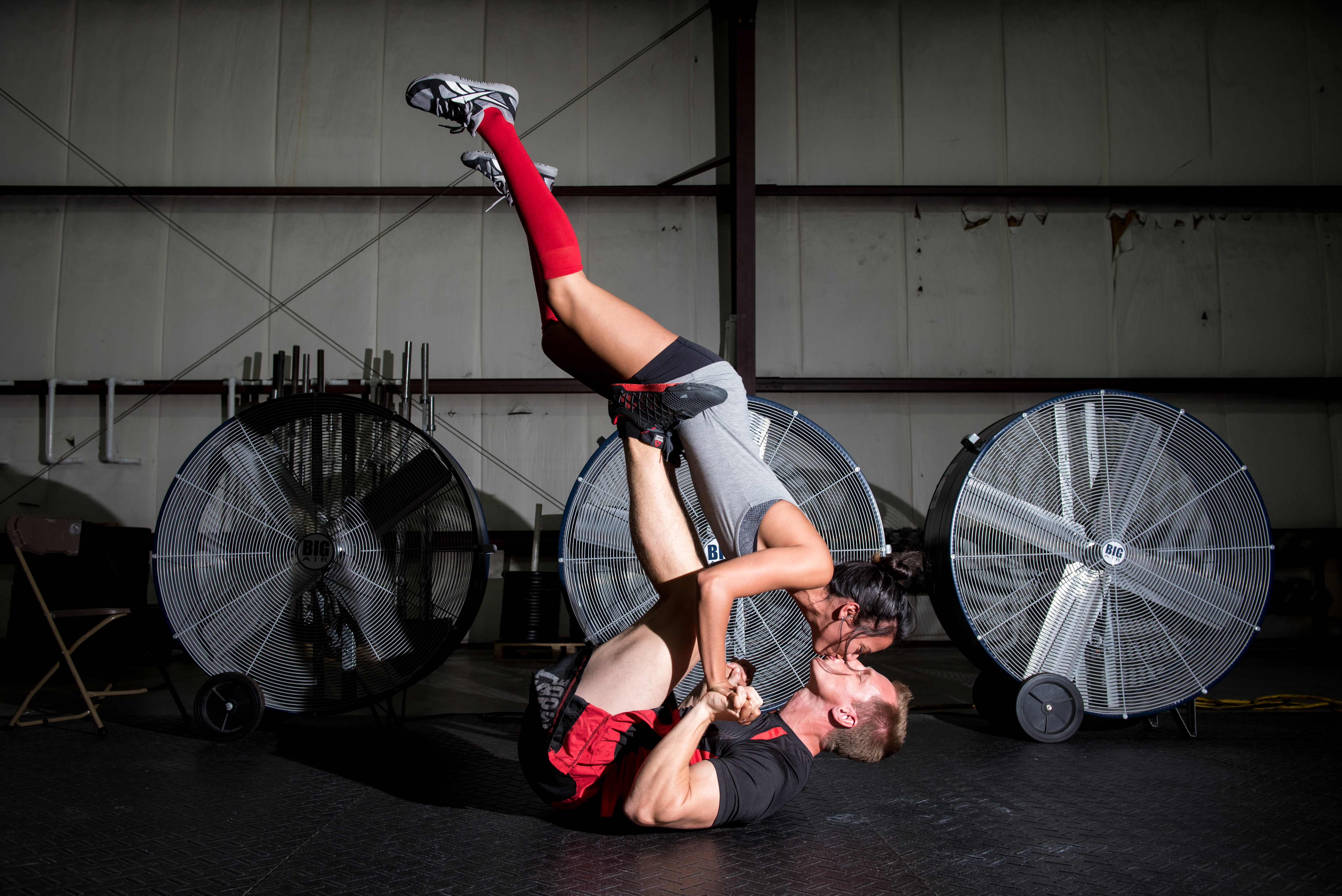 And what could be more appropriate for a photo shoot that’s supposed to be all about a couple’s bond than capturing them doing what they love to do together on a regular basis? “On the days we have off together, this is what we look forward to doing together,” Iliana told HuffPost. “We can also go in there when a class isn’t going on and do our own workout because we both teach there. Sometimes we do go to a class if we can work it into our schedule.” 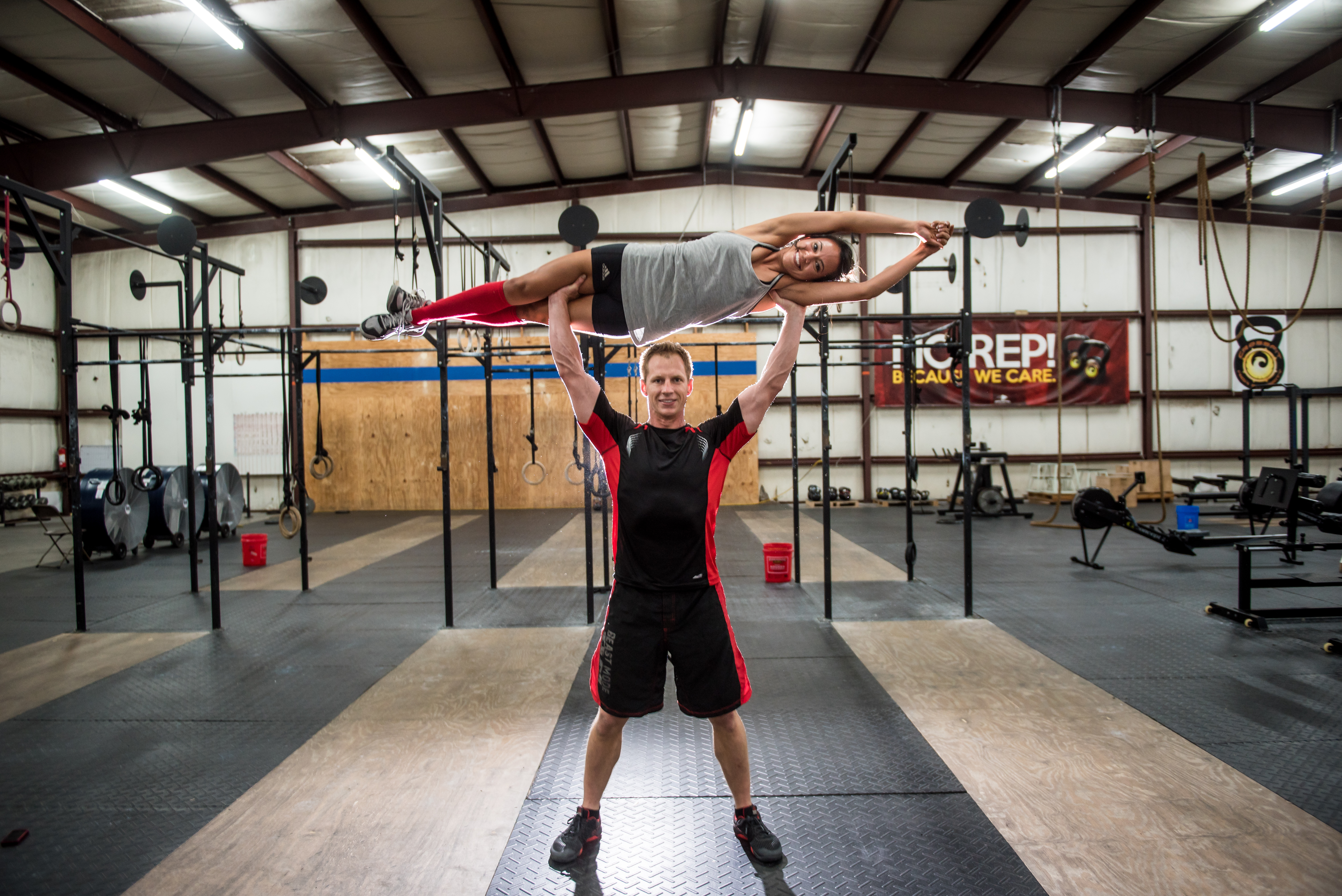 Obviously by the looks of these photos, they don’t need many lessons in the art of Crossfit training. 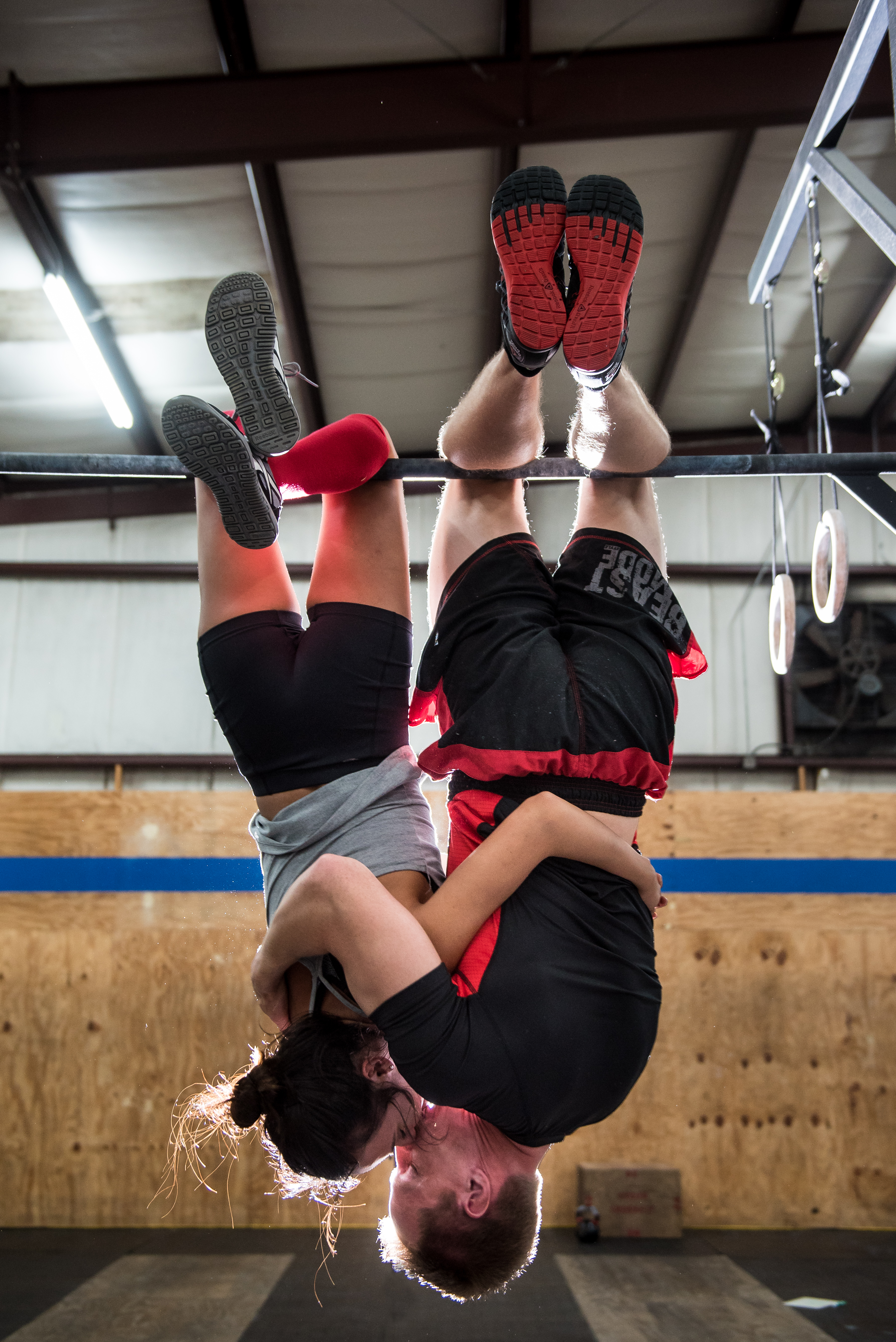 Who knew you could look so adorable and so impressively athletic all at the same time? Joe proposed to his fitness match Iliana in November of last year under a waterfall at Discovery Cove in Orlando, Florida. The couple then spent the early part of this month gearing up for their engagement photo shoot. 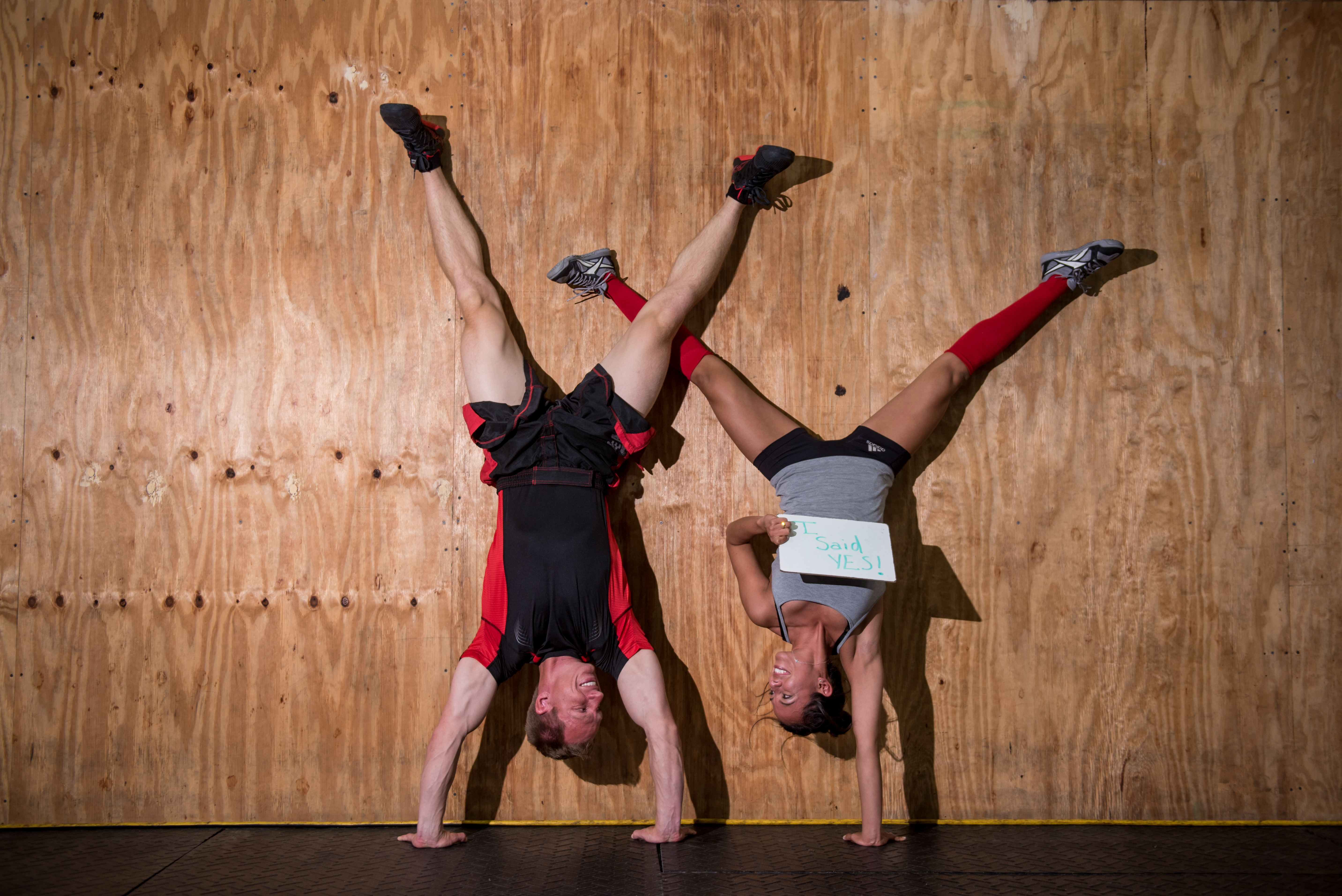 They looked on Pinterest for cute, fitness-esque couple poses, and even came up with a few on their own. Several were actually spur of the moment ideas that came to them mid-shoot. 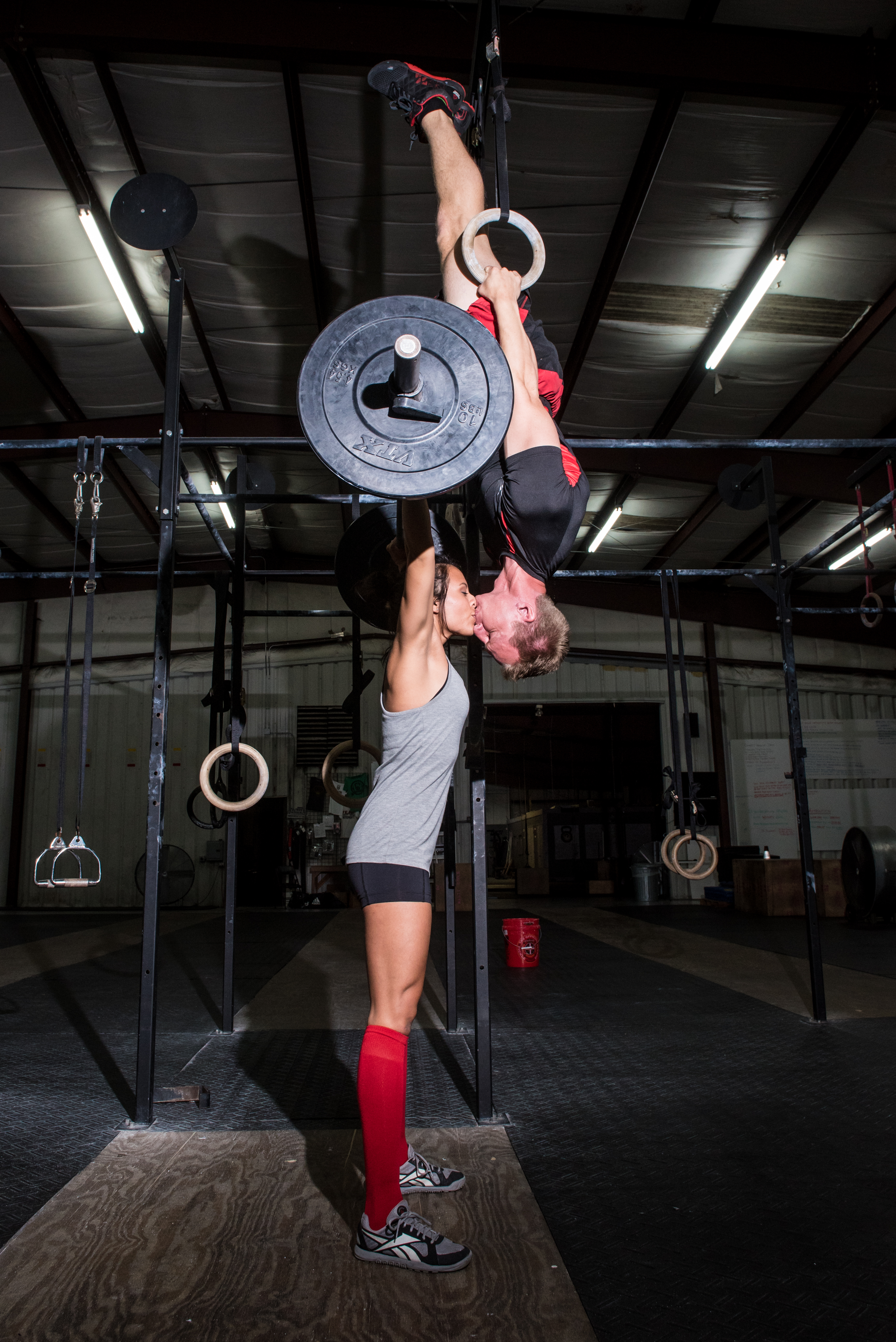 “Impressive” feels like too small a word to describe these shots. I am blown away by their fitness skills, and confounded as to how they held them so perfectly while the photographer captured each moment. Just looking at Joe’s face leads me to believe it wasn’t an easy task.

Here’s what Iliana called their most difficult shot: 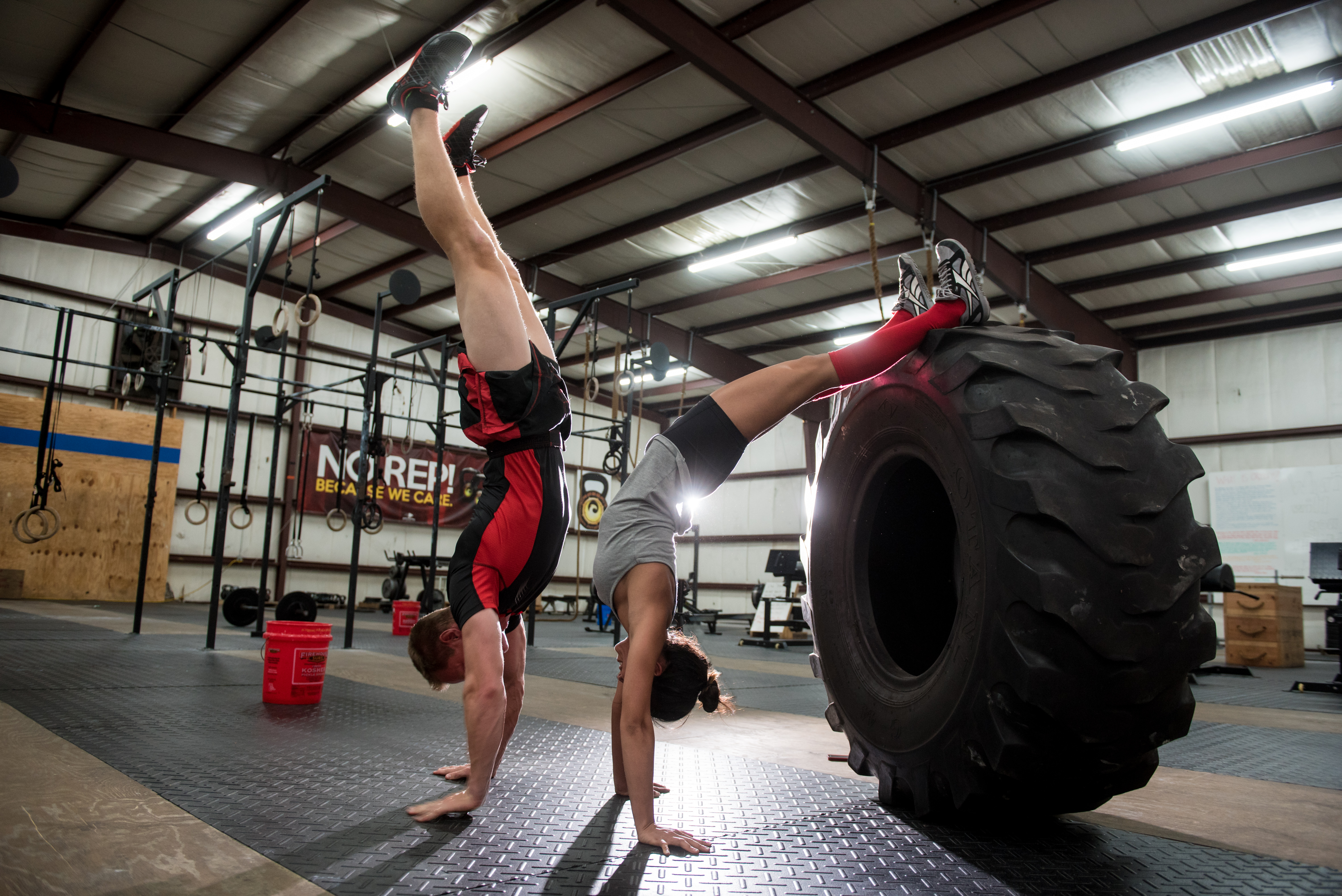 While both are former gymnasts, this one was particularly tough to hold. Iliana said, “We had a couple times where we flopped honestly. We got it the third try.” I think the giant tire adds great dimension to the shot — not to mention the gorgeous light which kisses the couple’s curved midsections. While not the biggest gym advocate, I have to admit this photo shoot is inspiring me to invest in a balance beam.

This was the couple’s favorite picture from the shoot: 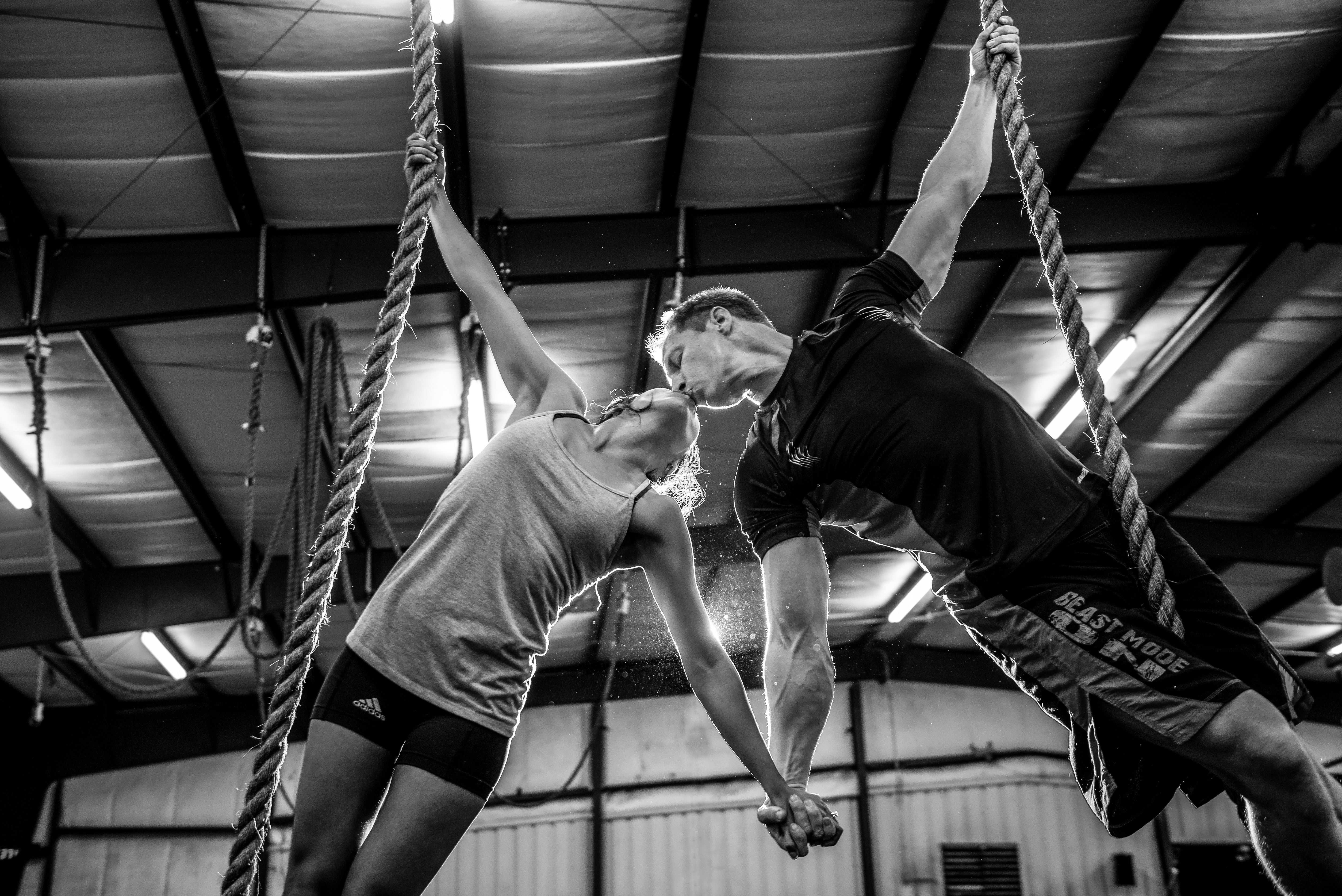 Cute, gorgeous, impressive and surprisingly romantic, huh? Apparently Joe gave Iliana a little lesson in how to tie her foot into the rope on which she’s balancing, which seems fitting since the two teach each other new poses all the time in their regular, non-photographed lives.

The couple’s wedding is set for April 30 at Paradise Cove, near Lake Buena Vista, Florida. Hopefully they’ll reproduce some more gravity-defying shots on that day that we can ooh and aah over soon after. Until then, here are a few more awesome engagement pictures that I will probably attempt (and fail at miserably) with my boyfriend later. 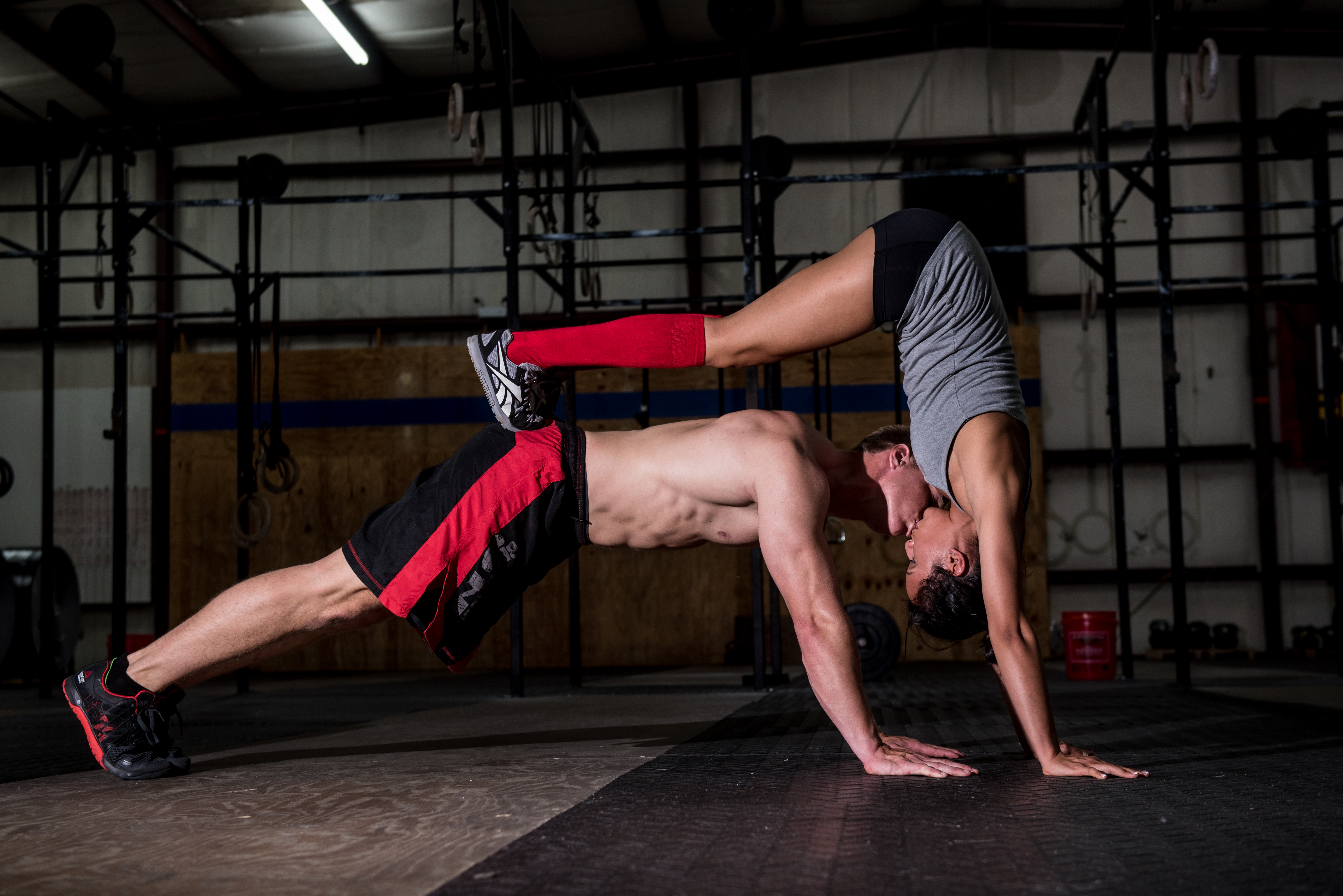 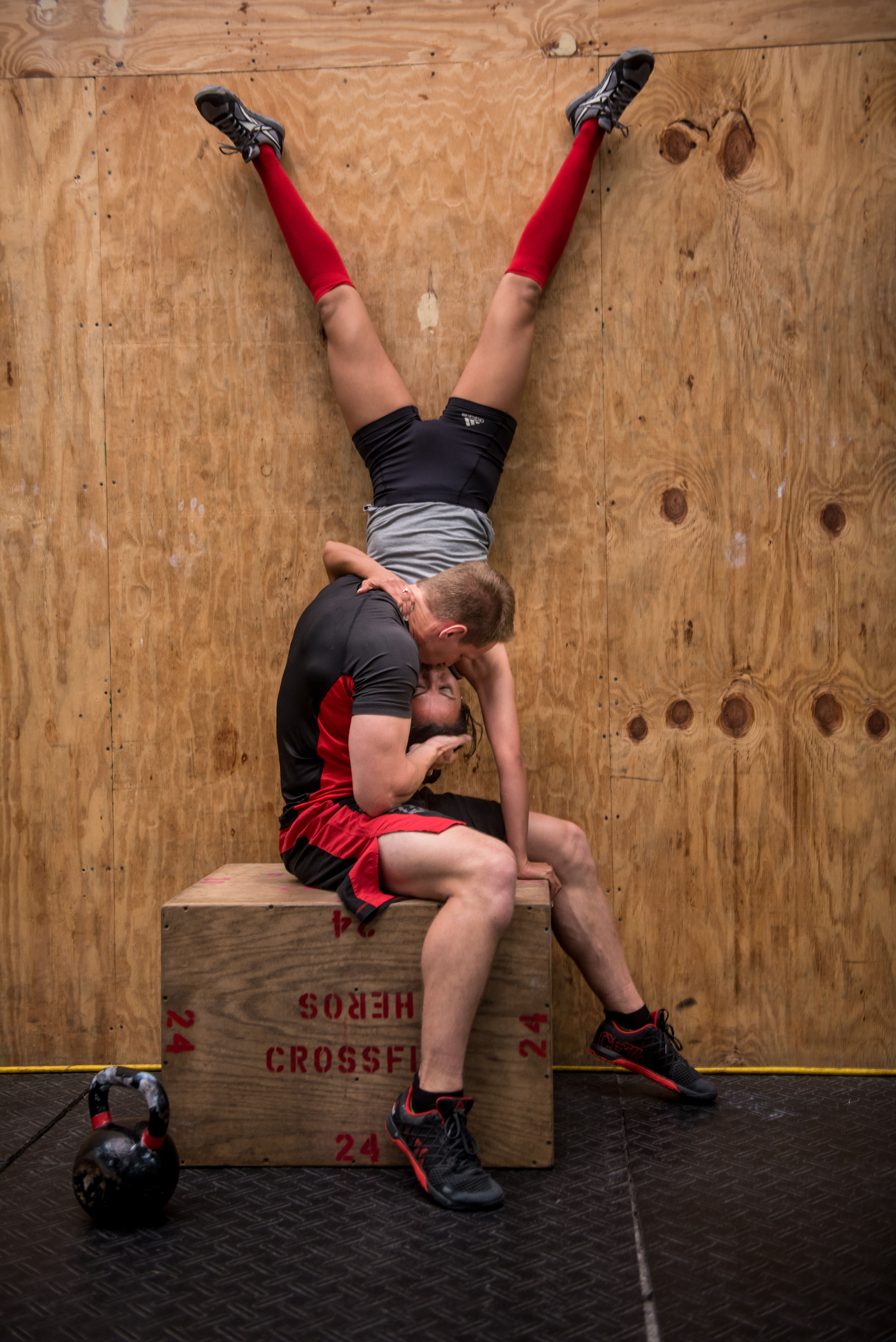 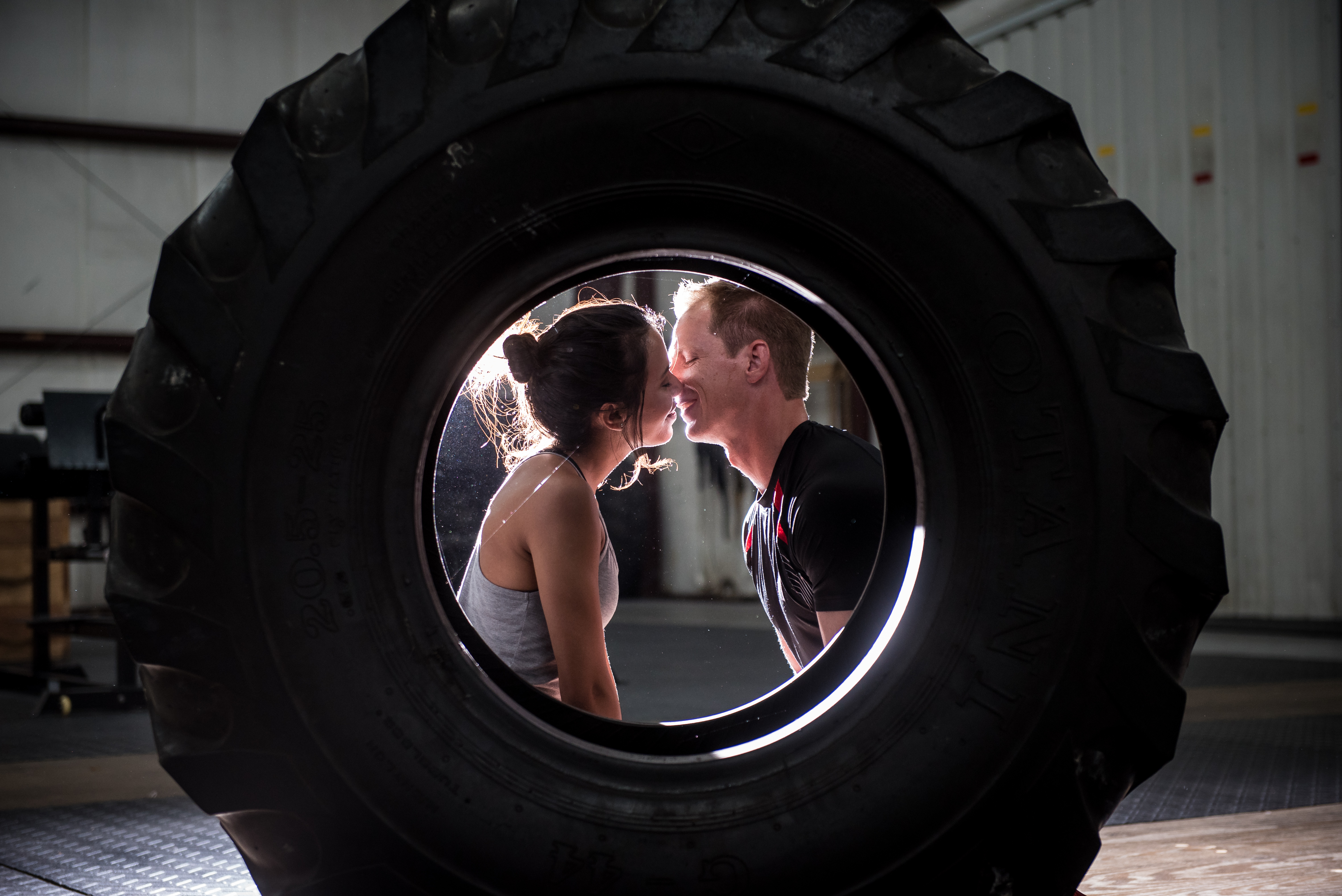 22 hrs ago
by Laura Williams