My dad had a funny trick he liked to play on prospective boyfriends of mine. He had this checklist of appropriate dating behavior, but it was mostly filled with things like, “Always bring a gift offering to me before taking my daughter out.” You know, silly things like that. But if I had a father who not only had a commandment-style list of dating dos and don’ts, but he made a video of them for all the world to see, I’m not sure I would have survived my adolescence.

There are two ways to watch this video — as a wonderful SNL-style joke, or as a serious Christian warning to all the sexually maturing teens out there. And while I certainly found the ’90s-dated look to it funny, it was difficult not to feel for that poor girl who actually lived under this father’s absurdly conservative rule book (or as he calls it, the Bible).

I can totally see how the making of this video went down too. Scary papa was having the dreaded sex talk with his teenage daughter Danielle, and then thought to himself, I can’t just tell my daughter how to behave… that only takes care of one side of the problem! So he sets up his camera, comes up with a basic script, and even enlists his daughter, the subject of all this controversy, to be his PSA’s guest star. It is quite apparent how awkward and forced she feels about the whole thing when she’s on camera.

However, the best/worst part of the clip is Dad’s inability to speak candidly about the subject at hand: sex. It’s clear that he’s written something down, but when he gets to things like being “turned on,” he simply can’t speak without getting noticeably flustered. Take a look and you’ll see what I mean.

Does anyone remember that short-lived comedy 8 Simple Rules for Dating My Daughter? Can you imagine what that show would’ve been like if this crazy dude was the father on it? I think if his scary, soft intensity was shifted ever so slightly, it would be comedy gold, instead of terrifying and alarmist. Let me take you through my favorite moments of the clip, and show you just how funny it could be if put in a sitcom framework. 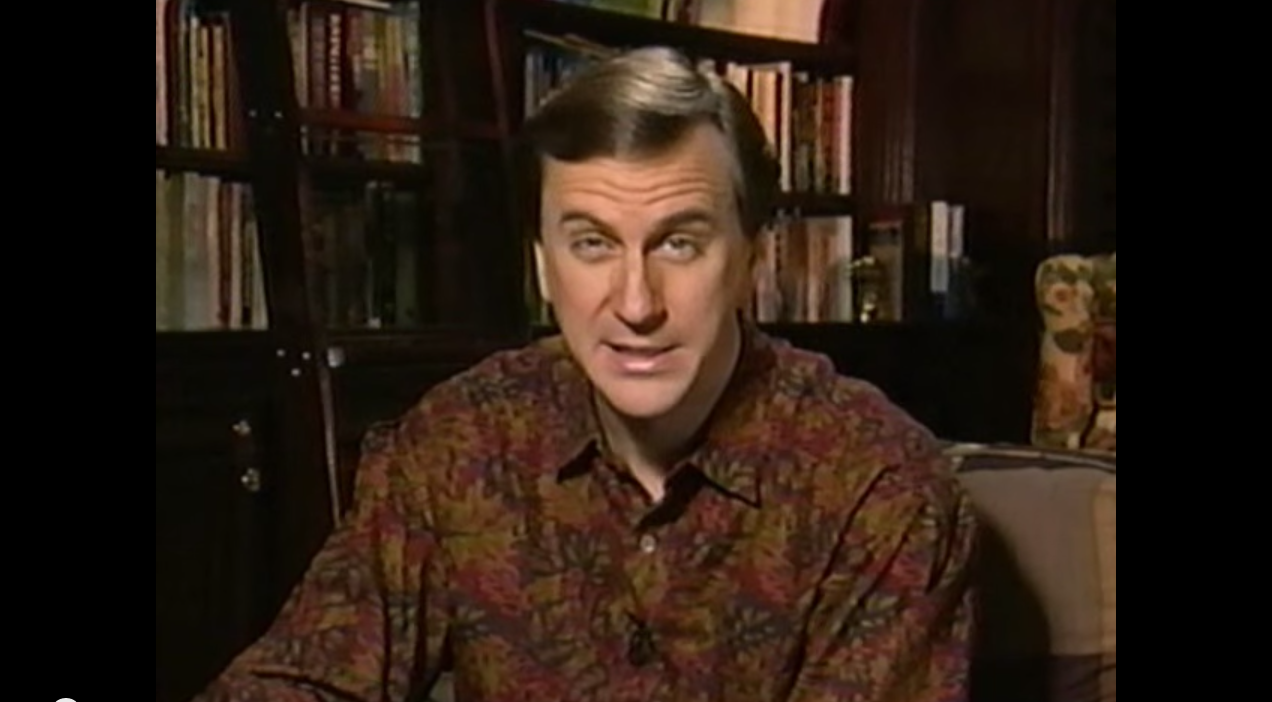 Dad’s awesome editing skills here actually make it seem like he’s telling us how going all the way, or as the kids are calling it, sex, can be fun and enjoyable. All it needs is a laugh track to make us realize how his mistake is hilarious, and totally not what he meant to do.

2. The sudden jump from “endure the taunts of slut” to “sex may be fun, but now, sex can kill.” 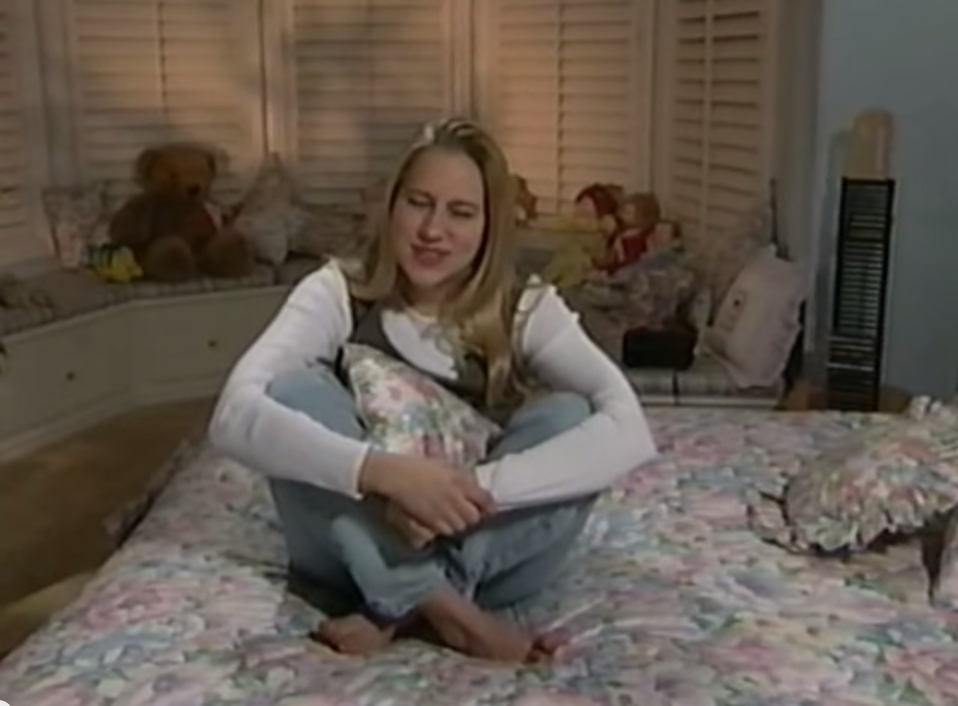 Another stunning edit on Dad’s part makes it sound like he’s saying being a slut is a stone’s throw from being killed. Perhaps a shot of the daughter after this weird moment looking horribly confused would help lighten the mood? I’m not sure, this is a pretty tough one…

I love this moment, because it feels so forced and scripted. In order to make the whole thing lighter, reaction shots of her should be all over this thing. Especially when her dad tries to describe what it means to be “turned on.” I just want to see her looking incredulous, confused, terrified, bored and uncomfortable, you know, more than she already is.

4. The rules: “I will date only a growing Christian.”

If he stopped growing for any reason, even if it’s a genetic disorder, move on, he’s not for you.

5. The “turned on” rule, aka the best part of this video.

He’s already doing a pretty stellar job just milking this awkward moment for all it’s worth, but in order to make it sitcom worthy, I think it can be stretched out even further. For example, how many euphemisms can he come up with for “turned on?” Excited, physically aroused, alive, inflamed, stimulated, whipped up? Those are just some of my favorites.

6. “I don’t think we need to wear dresses up to our earlobes.”

Aw come on, Dad! Earlobe dresses are all the rage right now! Why do you have to be so behind the times? This is priceless as it is.

7. The “no sex before marriage” rule.

Oh, Christianity. I will never understand why anyone would want to “reclaim” their virginity. I’m pretty sure everyone I know who’s “given” their virginity away was glad to be rid of it. I think some more metaphors about virginity being a precious gift, or a delicate tulip, would be comedically apropos here.

8. Being submissive to our parents. 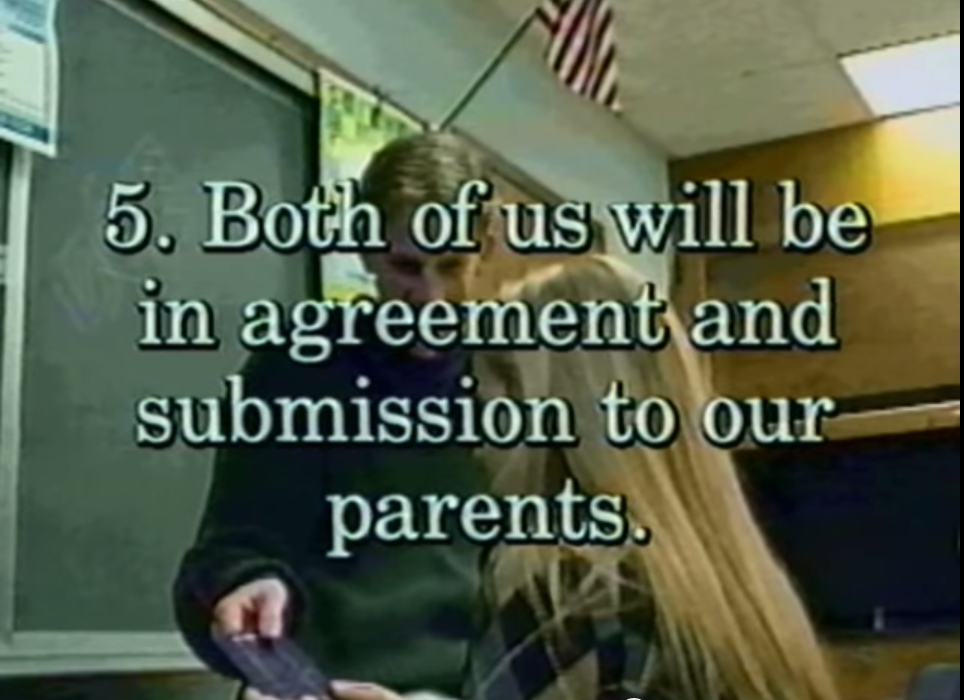 There’s a Fifty Shades of Grey joke here that’s just dying to come out. It’s on the tip of my tongue — ooh that’s a pretty good start!

9. Avoiding parties and people that will compromise my convictions.

Here, Dad uses a metaphor of walking through a pig farm in a white suit, and how it’s impossible not to get dirty doing that. Anyone else have questions about why he was doing that? I would very much appreciate a flashback to that moment here. 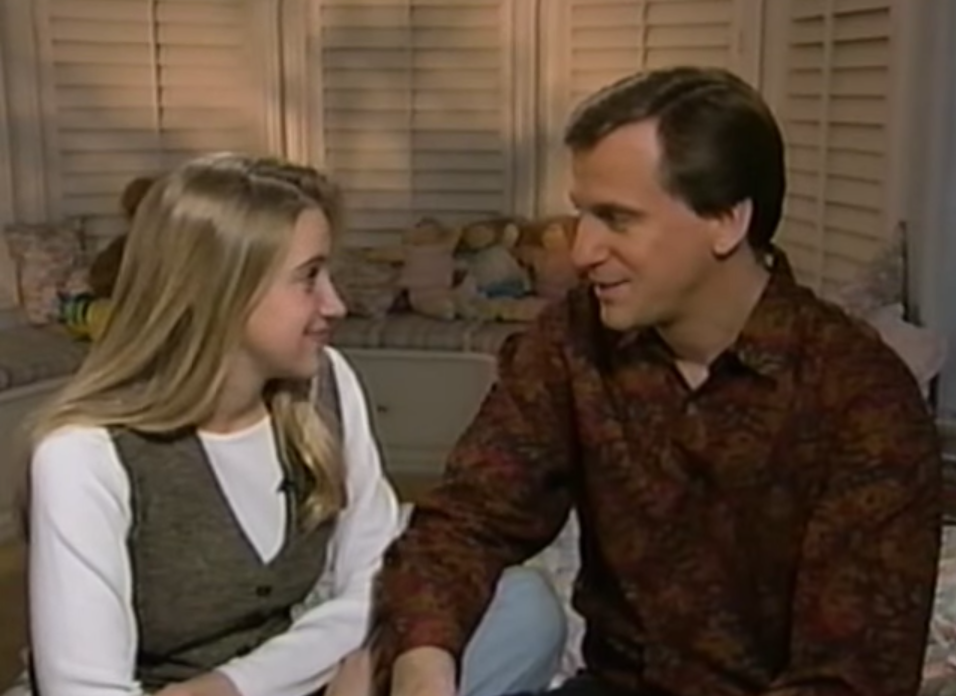 Anyone else think they’re sitting awfully close to each other? Danielle is being an awfully good sport, but her eyes are definitely saying, “Help me, my dad’s crazy.” I think a cartoon thought bubble with images of Danielle doing crazy sexual things with her boyfriend, or the football team would bring the house down at the end. SNL, take note: I’m available for freelance scriptwriting.

Teen dating isn’t what it used to be
Sex facts: Clueless teens are getting pregnant
Should you give your teen birth control?

6 hrs ago
by Katie Smith