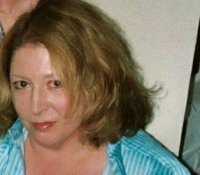 I can’t remember when I was told that I was born without sweat glands on the palms of my hands and the bottoms of my feet; I was maybe 5 years old, and that’s what a dermatologist had told my pediatrician father about my dry skin. “Nothing can be done,” was the verdict.

t To soften my skin, my mother would apply lanolin, the 1950s dry skin remedy, to my hands and feet at night and have me pull on cotton gloves and socks overnight.

t That was fine when I was a girl, but as a teen I wanted to see another dermatologist, and his diagnosis of psoriasis was different. Ads back then called it “The Heartbreak of Psoriasis.”

tWow, I thought. I have an actual disease.

t To be honest, I didn’t really believe it. My limited case wasn’t exactly a heartbreak, and looked nothing like the ugly photos accompanying ads and wasn’t itchy. It was just dry. The doctor gave us tubes of vile-smelling salves and creams that I used a few times, then threw away.

t It was easier to just apply palliative emollient, over-the-counter creams, even though it meant constant reapplication. 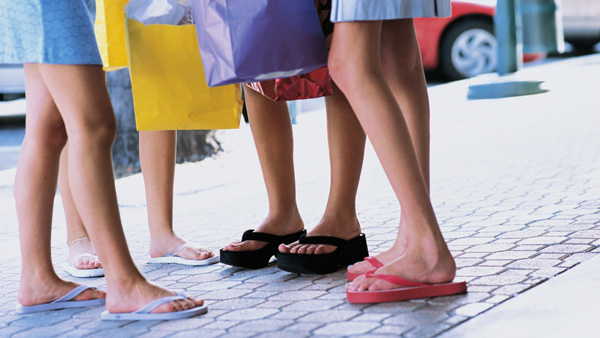 t The worst part for a teenager was not being able to wear the pretty sandals and cute sling-backs other girls in the 1960s wore because they called attention to the bottoms of my feet. Pantyhose gave me only one wear, since the nylon snagged on my dry skin.

t Sunlight was said to help, so when I was 21 and moved to Florida, I expected improvement. When I didn’t see any, I was sure the diagnosis was wrong.

t I tried to ignore the number of people whose gaze lingered on my feet when I wore flip-flops; there were more than you’d think. Those kind of people were hard to ignore because most of them actually asked me about the condition. It was disconcerting; I would have never mentioned something so personal. It gave me a tiny idea of what it’s like for people who “look different” and I didn’t like it.

t As the years passed, I hardly thought about it. And then, my mother developed a different form of the disease and it cropped up on many parts of her body, painful and unsightly. By then, I’d moved to the San Francisco Bay area and she’d visit me each time she went in for treatment at Stanford. Around that same time, a cousin developed an even more severe case all over her body. Turns out, the autoimmune condition has a hereditary link. I counted my blessings that my version was so limited and never got significantly worse.

t Still, it was so different from my family’s and I’d never met anyone else with it, so I still doubted the diagnosis. In my 40s I consulted yet another top dermatologist, and he (to my surprise) confirmed the diagnosis. He prescribed time-consuming UVB light treatment at his office several times a week with UVB light. Those sessions required taking time off from work and I saw no improvement. Finally, I just gave up.

t Times have changed, and I’ve seen yet another derm (same diagnosis) but medicine still offers the same treatments: light therapy, salves and creams. Been there, done that.

t Today, though, some newer treatments and oral medications are also available. I’m now in my 60s and my case is mild. But the more severe cases experienced by my family members might have benefited from these new treatments.

t If you’ve got an undiagnosed skin problem, see a good dermatologist. (And, unlike me, you might believe the diagnosis the first time!)

tDisclosure: This post is part of a sponsored advertising collaboration.