There’s nothing quite like being cheated on to bring out the crazy. Infidelity can make a perfectly sane person go ballistic and a completely confident one become riddled with insecurity and self-doubt. Yes, there’s really only one way to say it: Cheating sucks.

The betrayal of an affair is so painful, so rattling, it’s no wonder that many victims of cheating act out afterwards by trying to get revenge. And how sweet can revenge be when there are pictures involved?

We’ve rounded up some epic cheating revenge photos. Some of them are real, some are hoaxes. But they all capture the raw emotions cheating stirs up. 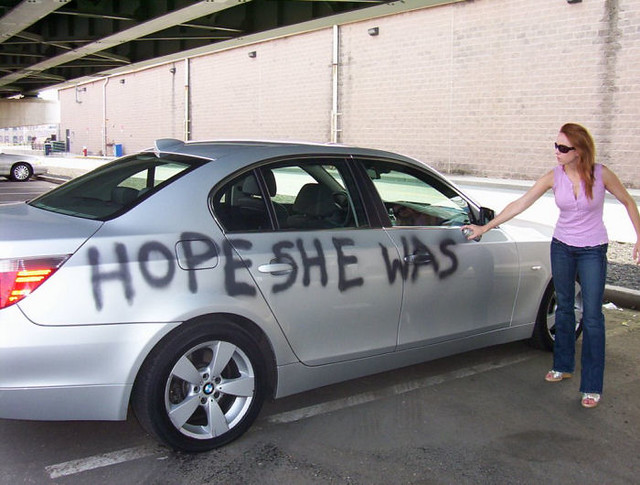 This photo of the “artist” and jilted lover in action has been published so often, it’s practically gone viral. Whether this is a faked incident or not is unclear, but it’s certainly made spray-painting “HOPE SHE WAS WORTH IT” on a cheater’s car a popular way to get revenge. 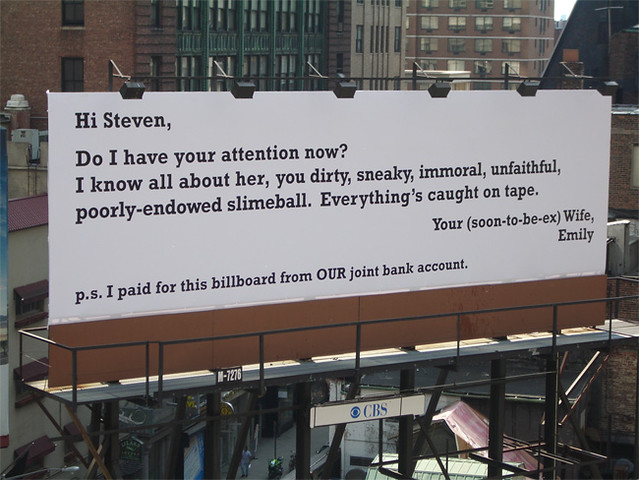 This would be the most priceless cheating revenge imaginable by victim and wife “Emily” against unfaithful louse of a husband “Steven” … if only it were real. But alas, it was a hoax — or, rather, a paid advertisement for a Court TV reality show called Parco P.I. Not surprisingly, many people bought it all as authentic at first. And it worked to draw viewers to the show. Go figure. 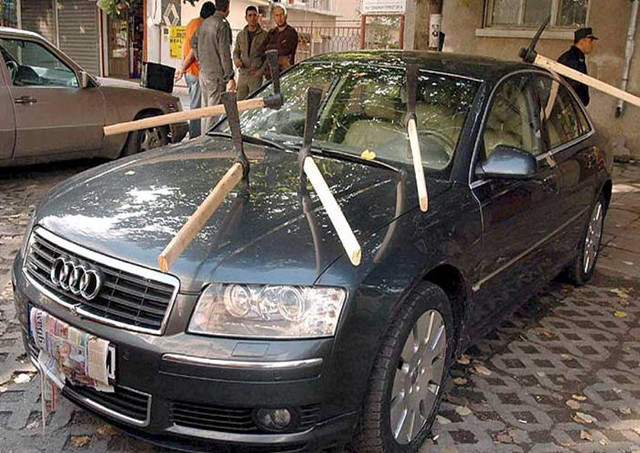 Why are cars always the casualties when jilted lovers or spouses try to get revenge for being cheated on? This poor Audi got it good — are those pickaxes I see? Scared. Very, very scared. Whoever did this (if it’s for real) must have been really hurt and mad. Like, really, really.

Another fake cheating revenge billboard we wish were real. In this case, it was addressed to “Michael” from “Jennifer,” who supposedly just found out about his affair with “Jessica” — and the whole thing mimicked Master Card’s “priceless” ad campaign. In reality it was a marketing ploy by a Greensboro, North Carolina, restaurant company that owned the billboards broadcasting the message. 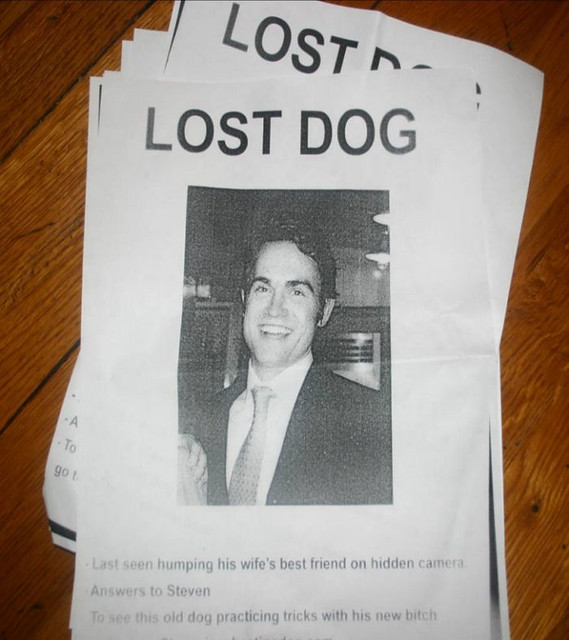 Another installment in the Emily-Steven revenge war that was pretty brilliant, even if it was just part of the marketing campaign for the Court TV reality show. But this is one we could see actual victims of infidelity trying at home. Bonus: It doesn’t cost nearly as much as renting a billboard!

6. Sell the jerk’s clothes for cash! 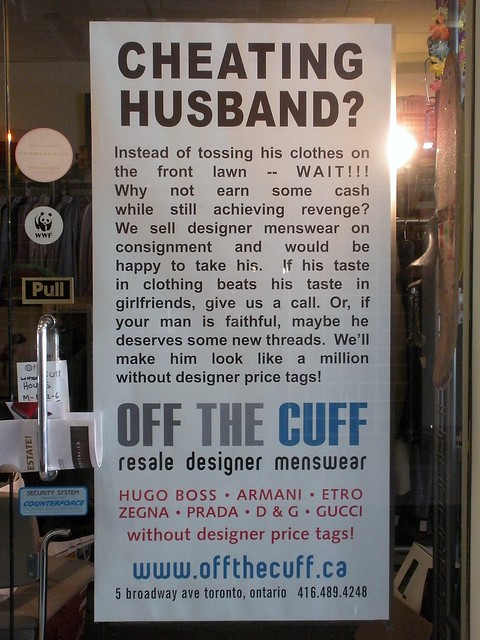 What a great question — why not sell his clothes to this consignment shop if he’s been having an affair rather than throwing them all out the window and onto the lawn?

7 Things to do after you find out he is cheating
Online dating: Mostly just for cheaters?
Are you having an emotional affair?