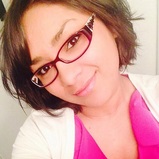 There’s an assumption about domestic violence — that it’s between a man and a woman. But domestic violence in a gay relationship can occur on so many levels. The abuse can be physical, emotional, verbal and sexual. I know because it happened to me and we all just need to talk about it more.

First it would be words — terrible words that tore my self-esteem down to put me in a vulnerable state. I’d try to argue back but wound up allowing her to blame me for mimicking her feelings. This would lead to an explosive argument; she would lose control and attack me. Then I’d be upset, and she’d say it was my fault because I triggered her anger. She didn’t want it to be this way but I made her that way. False.

What I know now: An abuser creates cycles to forgive themselves, not you. Once I was able to look back at my relationship actually was, I noticed these clear cycles of behavior.

I never once fought back, perhaps because I was in shock that this woman, who I believed to love, could hurt me with her words and with her actions. I was blinded by that idea of us I had created, but I thought, in the end, once we’d put the abuse in our past, we’d ultimately be OK.

What I know now: Believe me when I tell you that if they cross it once, they will cross it again. You could be the strongest woman walking this earth, and they’ll find a way to chip away at your self-esteem little by little, until you find yourself with zero self-esteem and no will to make a difference.

She led me to believe I was unhealthy. I began therapy, trying to find answers to why I could be so crazy as to force someone to be violent.

What I know now: Once a person has placed their faults on you, it’s only a matter of time before they find a way to manipulate you into believing you are the source of the abuse and therefore you need changing. Those issues are rooted in something you cannot understand. It had nothing to do with me and if you find yourself in the situation, it has nothing to do with you.

I knew I had to hit the reset button, and what a giant reset button that was. To rebuild my life from the ground up, to be strong, to love myself and to know who I am. That’s the strongest, most powerful force you can put into the universe.

We see this picture of what we desire and try our best to fit our current relationship into that idea, even when it may not be.

Waking up from that was one of the most liberating days of my life. To see my life as a revolving door was disappointing. Those cycles she put me through, they were scary to replay in my mind. I had prided myself on being a successful, strong woman, and the moment I stood up and said, “I’m done,” that was the moment I decided to break the cycle.

I can only accept that through those years of abuse, I was not vindictive. I forgave with a whole heart and tried my best to move forward. But for so long, I carried her unhealthy personality on my shoulders. I needed to forgive myself to become healthy again.

I rebuilt my life. I moved to another city. I took only my personal belongings but nothing I had built with her.

Shortly after, I met a friend who introduced me to the wonderful world of roller derby. Slowly I began to reshape my ego. I grew leaps and bounds as an educator. I have my own home, my own life and, most important, my safety. Derby propelled me with such intense, quick-forward motion that I barely felt the months pass by. It helped me discover this strong, fun, loving, intelligent, athletic, “I can do anything” person who I cannot lose again.

In fact, I will not lose again.

Just go. Move. Make it happen. Don’t look back, and don’t maintain communication. They have their own journey to face, and it shouldn’t include you.

22 hrs ago
by Jessica Toscano