At the risk of sounding like a total romance grinch, I have to ask the question: Am I the only one who’s getting tired of the constant outpouring of social media faux-mance? Celebs are just as guilty as us mere mortals when it comes to this exhausting online epidemic, which is becoming so prolific, you probably fail to notice it. You may even be guilty of one or two of these behaviours yourself. 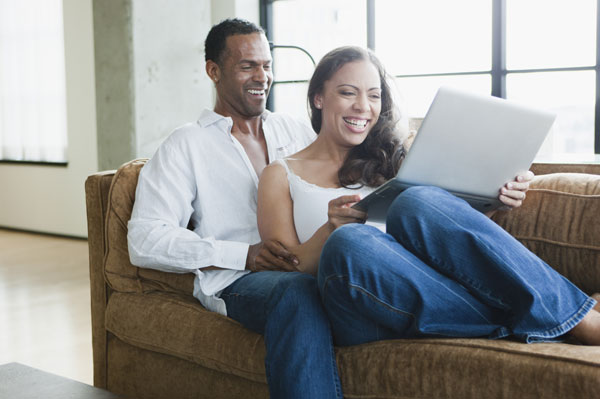 We’re so in love, you guys!

You know how Heidi Klum and Seal would renew their vows in an elaborate ceremony every year on their wedding anniversary? I thought it was romantic, until they split up, and my sister pointed out, “All those weddings, it was too much — when you have to constantly show and tell everyone how much you’re in love, it’s a sign that there’s trouble in paradise.” It was true for Heidi and Seal, and I reckon it could be true for a lot of the supposed lovers clogging our collective Facebook feeds. I’m not saying it’s all smoke and mirrors, but why the need to upload a constant stream of kiss-face selfies and soppy declarations of love? I say pare back the public gush-fest and save the lion’s share of your love notes and pics for a scrapbook.

We’re getting ready to do the deed

Heading off for a dirty weekend? That’s fantastic for you, but unless we’re feeding your cats or looking after you kids, no-one needs this information. Broadcasting your implied intentions to get busy in the bedroom falls squarely in the TMI basket, especially when you consider that your Facebook audience potentially includes your aunties, old workmates, career mentors and high school buddies. Kanye West committed this couple faux pas a few months back when his lady, Kim Kardashian, decided to mix things up by tweeting a revealing, sexy full-body selfie. He was clearly turned on (granted, they’d just had a baby so sexy times were likely few and far between) and he got all shouty: “HEADING HOME NOW,” he tweeted, a message that 135,000 people retweeted and 98,000 favourited. That’s a couple hundred thousand people celebrating him heading home to shag. A little gross, no?

Okay, I’m not a total meanie: Of course you should share the news of your engagement online! But there’s a time and a place. I’ve known people who have posted their engagement pics to social media before they’ve told their parents, before they’ve left the restaurant and before they’ve even had dessert! Perhaps, maybe, you could think about sliding the ring on your finger and enjoying the intimacy of the moment for a minute or two before you post the obligatory #isaidyes #2carats #soinlove #engaged “rock shot” for your Instagram friends?

We’re in this together

We’re so used to sharing every aspect of our lives online that, sometimes, I think people forget we can communicate in other ways. Like, maybe a handwritten note? It can be uncomfortable when couples post intimate details of their relationship to each other on Facebook, because the truth is, some messages are just not meant for a public forum. For example, “Jon, You are my rock, I know we’ve had some ups and downs this year but I truly love you. I don’t know what I’d do without you!

The first few times my friends posted photos of outrageously expensive gifts online, I was transfixed: Much like peeping into a celebrity’s glamorous home, seeing a $4,000 Hermes handbag or a Tiffany bracelet worth more than my car feels like a sneaky glimpse of a luxurious life I’ll never know! But, I’m starting to wonder: Would people splash out that much cash on designer goodies for their other half if they weren’t guaranteed some social media props for their generosity? Oh, who cares, really — if couples are happy to share, I’m happy to stalk. Maybe this one’s not so bad after all!

Do you think couples should keep moments like these to themselves or do you like to read about their love?

21 hrs ago
by Chloe Castleberry