Social media could be killing your love life. We investigate top online habits which turn guys off. Are you guilty of these online sins? 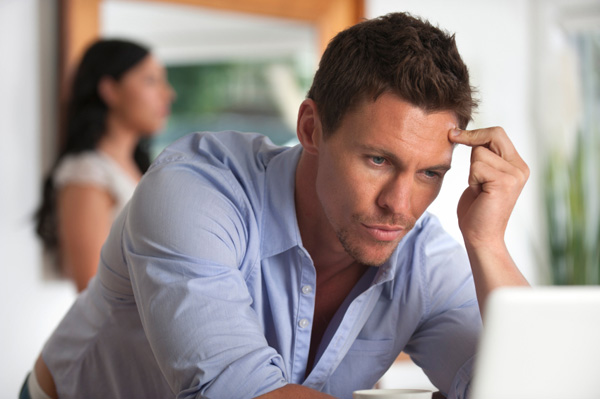 Social media could be killing your love life. We investigate top online habits which turn guys off. Are you guilty of these online sins?

You might as well have a flashing neon sign on your head telling him you have herpes. There’s nothing that scares a man more (next to a sexually transmitted infection, of course) than a girl who has her entire wedding already pinned before you’ve even reached the three-month mark.

Before you’ve even joined finances together, you’re combining Facebook accounts without even asking. Suddenly, what used to be your page has become another annoying couples page. You’ve gone from your name to being known as “Lucy and Dave”, or you’ve gone for a combined concoction, like TomKat or Brangelina.

It’s great you’re in love and think your boyfriend is the best thing since the invention of the iPad, but the status updates where you talk about your little pookie (or whatever pet name you use for him) and refer to him with baby-talk will have him and your friends reaching for sick buckets.

Life is made up of moments and you want to capture them all, from taking photos of his half-eaten entrees to making him pose for the morning-after selfies in bed complete with bed hair. Not to mention, your favourite saying is, “I just have to upload this.”

More unhealthy love and dating habits you need to break >>

You can’t help yourself. You have to post cute cat pics on his wall every day, comment on any posts his friends make — especially if they are female — and tag him in all your photos. Ever heard the saying “the sign of the healthiest relationships is no sign of it on Facebook”?

Going public with your fights

Some things are best kept private and your guy doesn’t want you sharing the details of your arguments online. Snide little comments like, “Do you think it’s all right if a guy (insert sin here)?” and then waiting for your friends to side with you is like taking a red rag to a bull.

You’re in a relationship and suddenly you’ve sent friend requests to all his mates, including the ones you’ve never met. He won’t be impressed that you’re trying to infiltrate every aspect of his life since, if you’re really honest, it’s a sneaky way of keeping tabs on him.

You’ve had an amazing night together sitting on the beach watching the sunset and then wild lovemaking under the stars, but instead of telling him face-to-face, or in a simple text, you have to tweet it to the world. Uh, hello #toomuchinformation.

How to argue without ruining your relationship >>

To your phone that is. You can’t go on holiday or to a restaurant without whipping out your smartphone or iPad and checking Facebook or Twitter in case you miss major news. How about giving your man your undivided attention or just enjoying your holiday? It’s not only annoying, but also rude, to be with someone who is more focused on their phone than their date.

You’ve only had a couple of coffee dates and gone to the movies once, but you’ve already updated your relationship status to “it’s complicated”. It’s too soon. Just relax and enjoy the start of a potential new relationship; you can fill Facebook in in a few months.

3 Devious ways to manipulate your man
Relationship review: How to assess your relationship
How to balance friend time with partner time