The expression “trophy wife” was coined in the late ’80s as a way of labelling drop-dead-gorgeous women who married high-flying business fossils for their money and status in society. 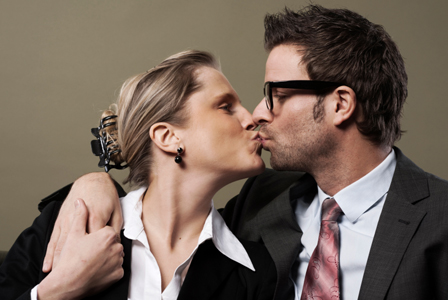 However, with the rise of the alpha female, there’s been a steady decline in trophy wives. Say hello to the era of the “trophy husband”.

Rewind time to when side ponytails and double denim were in vogue — if you had scored yourself a gig as a trophy wife, you had made it big. Your days would have been spent maintaining your looks, playing social tennis and hanging off an old, rich dude’s arm to make him look good.

It was a time when men still dominated CEO positions and women were still lowly paid compared to their male counterparts. So, if you wanted to have the lifestyle of the rich and famous, you either had to be a celebrity or marry rich.

But things are different now. Let’s have a closer look at why trophy husbands are on the rise.

Australian women top the list
of most empowered in the world

Today, things have changed in the workforce. Australia tops the list of countries with the most empowered women in the world, according to a list compiled by Booz & Co. Just like the Eurythmics sing, sisters are doing it for themselves. They no longer need a man to provide a lifestyle they would like to become accustomed to; not when they are capable of providing those things for themselves.

A report in the Daily Mail in Jul. 2013 found high-powered career women are paying for their partners’ cosmetic surgery. When surveyed, 30 per cent of male patients revealed they were encouraged by their partners to undergo procedures. The most popular procedures were hair transplants and body sculpting. It seems having a good-looking man on your arm is a huge confidence booster and now that women don’t necessarily need a man for financial reasons, they’re entitled to be a little picky.

More Australian women are staying in the workforce

Career-focused females are not adverse to starting a family, though it is unlikely they will abandon a career to raise children if they are the higher wage-earner in the relationship. The 2011 Australian census found there were 85,000 house husbands in Australia, while the number of Australian housewives was decreasing at around 2,000 a year. An article in The Australian predicted if the number of housewives continues to drop at that rate, the Australian housewife will be extinct by the end of the 21st century.

The director of online dating site AYI, Josh Fischer, reports new data from the site’s 25 million singles shows Aussie women are three times more likely to respond to a younger man. It is a trend that’s continuing to rise. The Australian Bureau of Statistics figures reveal relationships where women were at least 10 years older than their partners have shot up 23 per cent.

11 hrs ago
by Jessica Toscano