Let’s face it, men don’t like talking about their health and they don’t like going to the doctor. If you want to have some idea of the health issues that your man could face, then get a rundown of the common things they have to deal with throughout their lives. 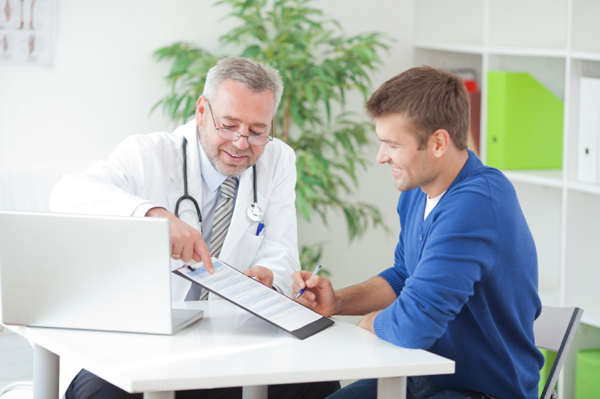 Behavioural issues are a major health concern for men in their 20s. During this period of their lives, men are more likely to engage in risky behaviours, including excessive drinking, reckless driving, unsafe sex and experimenting with drugs. Australian Government statistics show that men are three times more likely to die from a transport accident than women. Apart from these well-known health issues, men should also be aware of high cholesterol and high blood pressure. Excessive weight, an unhealthy diet and a lack of exercise during this period of their lives can create major health concerns for men as they head towards their 40s and 50s.

It’s during their 30s that many men tend to put a healthy lifestyle on the backburner as their time is taken up with building their career, focusing on family and children and paying down the mortgage. High blood pressure, diabetes and weight, as well as skin cancer and testicular cancer, are the main health issues for men in this age group. According to the Cleveland Clinic, a large academic medical centre and leader in health research, men in their 30s run a higher risk of developing back problems, in particular, herniated discs. This is thought to be due to deterioration in bone density combined with weight gain, straining and improper lifting.

Find out more about skin cancer >>

This is the time in a man’s life when he can begin to feel run down. Work, financial or family stress can take its toll on a man’s health during this decade of his life. Smoking and excessive drinking should not be part of his lifestyle. A healthy balance between work and family is what he should be aiming for. It’s important for men in their 40s to have annual medical check-ups. Reduced sex drive and brain function, sleep difficulties and decreased energy levels can be a sign of low testosterone levels, low iron and other hormonal or chemical imbalances. Cancer is the highest cause of death among this age group and suicide rates among men in their 30s and 40s are also surprisingly high.

Men in their 50s and beyond

For this age group, cancer is the leading cause of death, most predominantly stomach and bowel cancers followed by lung cancer and prostate cancer. Heart disease and other heart-related health problems also become a major concern for those in their 50s. Exercise, a healthy diet and a well-balanced lifestyle are key factors for these men. Regular medical check-ups are important at this age and can help identify other common health concerns like arthritis and Alzheimer’s. As men head into their 60s and beyond, heart disease becomes the major health issue.

The connection between alcohol, appetite and weight
Tips to improve heart health
Do organic men’s skin care products really do the job?