Like most dogs have kennels, most men have man caves. Whether’s it’s a full on pimped out, dedicated room with fully stocked bar and flat screen TV with surround sound or a greasy smelling, dark and cold spot corner in the garage, it’s a place he goes to chillax and think about nothing. While typically most man caves are not out of bounds to us women folk, it pays to be invited and even then, there are man cave rules one must adhere too for the sanity of one’s relationship. 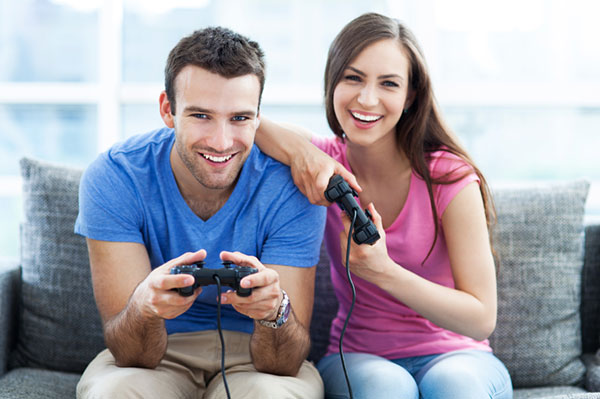 The rules of
the man cave

Like most dogs have kennels, most men have man caves. Whether it’s a full-on pimped-out, dedicated room with a fully-stocked bar and a flat screen TV with surround sound or a greasy-smelling, dark and cold corner in the garage, it’s a place he goes to chillax and think about nothing. While, typically, most man caves are not out of bounds to us women folk, it pays to be invited and, even then, there are man cave rules one must adhere to for the sanity of one’s relationship.
1

The man is always right

Even if he’s wrong, while he’s in his cave, he is right. Anyone who dares to disagree with the man or this rule will be forcibly evicted and placed on a lifetime ban from re-entering the cave.

Always wait for an invitation to enter

Entry to the man cave is by way of invitation. The only exception to the rule is if you come bearing gifts in the form of beer or pizza. Visitors who arrive empty-handed will be refused entry.

Your suggestions on disposing of old pizza boxes or beer bottles, or giving the room a quick tidy up are not welcome. If the mess bugs you, you know where the door is.

Never ask “what are you thinking about?”

The answer will be nothing, which will upset you because you are a woman and will never understand that it is a guy thing and they really are thinking about nothing .

The television is designated for sports, action movies or blood-thirsty horrors. If you want to watch a soppy romance there is a perfectly good television in the living area.

The only exception to the rule is if your favourite sports team loses, then weeping, wailing and thumping the walls screaming “why?!” will be permitted.

TV series on DVD you can both enjoy >>

Pizza and beer is a well-balanced meal

Under no circumstances should you try to force-feed the man and his friends anything that does not fall under the category of junk food.

Keep the chit chat to a minimum

There is to be no talk about the kids, financial worries or relationship stuff. Acceptable topics of conversation are sports, superhero powers, television, movies or what’s for dinner.

Can you trick your man with homemade fish and chips? >>

Do not enter during hibernation

Men do not like to talk about their problems. They would rather hide in their cave and have you ignore them. Retreating to a cave without informing you is a sign your man is hibernating. Just as waking a hibernating bear would result in you having your head snapped off, the same applies to entering a man cave during hibernation.

Sole possession of the remote control is a man’s prerogative

Even if you have been invited into the cave to watch television with the man, he retains ownership of the remotes and is entitled to change the channel at will or channel surf at all times. Complaints will not be tolerated and may lead to immediate eviction.

Bodily functions are permissible at all times

Burping and farting loudly is allowed. Anyone who apologises for their gross behaviour will be issued with a warning.

This is at the discretion of the man. Rules may change from week to week and be based upon moods.

7 Ways to argue without ruining your relationship
What are you entitled to when a de facto relationship breaks down?
Spark up your love life

21 hrs ago
by Ashley Abramson