Are you looking for a guy who’s great in bed? One who is wonderful with kids? Or maybe a man who will make you happy well into retirement? Aussie men have a lot to offer but if you’d like a guy with a bit of international flair, then this is the list for you. 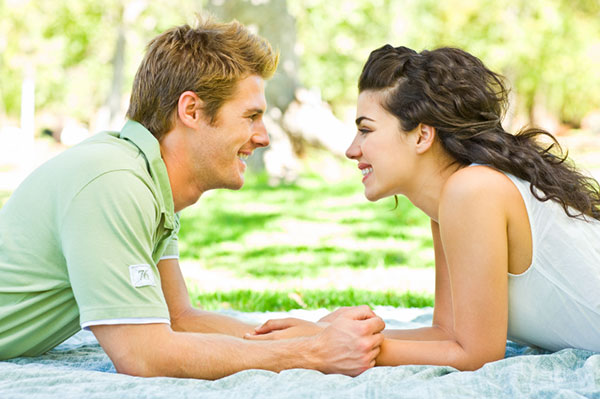 Finding the perfect man can be a challenge. If you feel like you’ve exhausted all the options in your own hometown then it might be time to broaden your horizons. So if you’re looking for an overseas trip with a side helping of romance then here are the best destinations in the world to find a guy to tick all your boxes.

While a country’s men may not be its most common tourist attraction, if it’s good-looking men you’re looking for then, according to Traveller’s Digest, you can’t go past Sweden.

Those fine-boned Nordic attributes make them aesthetically pleasing, they’re tall and your average Stockholm man is impeccably dressed. Do they enjoy the finer things in life? Yes. Are they cautious daters? Yes. But capture a Swede’s heart and, according to Traveller’s Digest, you’ll have an elegant gent who is devoted to you for life.

If travelling to Sweden isn’t in your budget, never fear — Sydney placed number six on the World’s Best Looking Men list. With wit, brains and brawn it seems you don’t need to travel far for a hot squeeze of your own.

Sure, looks are nice, but when you’re up changing nappies at 2 a.m. you’re not going to care what the guy lying next to you looks like. In fact, you probably won’t care if he has three arms, buck teeth and a limp — if he’s a good dad you’ll be happy… and free of any murder convictions.

But how do you find out which country makes the best dads? You ask the children, which is exactly what the authors of the United Nations’ “Child well-being in rich countries” report did.

While Australian fathers may not be quite so involved as those of the Aka Pygmies — who look after their babies more than fathers in any other known society — involvement on the part of Aussie dads is on the rise. They’re more likely to spend time solely in charge of children at home than ever before and hopefully, as more workplaces recognise paternal rights, this will continue to increase.

Great sex is about so much more than geography, but according to 15,000 women surveyed by OnePoll.com, if it’s between-the-sheets action you’re looking for then you’re better off looking in Spain than Scotland. Clearly, none of the women surveyed had heard of Sean Connery.

Looking for love on holiday? Check out the world’s most romantic cities >>

It’ll come as no surprise to find that Latin countries rule the “best lovers” list, with Spain, Brazil and Italy taking out the top spots. Australia came a respectable number seven on the list, with the worst lovers found in Germany, England and Sweden.

If it’s a long-term mate you’re after, then you’re going to need someone who’s handy with the housework, says Oxford University economist Dr. Almudena Sevilla-Sanz.

According to her 2009 study, women wanting to settle down were better off finding a guy from Scandinavia, the U.S. or Britain than Australia, which was ranked as the least egalitarian society out of the 12 countries profiled, Dr. Sevilla-Sanz evaluated.

But does sharing the load around the house really equal happiness? According to American Consumer Opinion, it may have something to do with it. A recent study commissioned by the group found that Canada, the U.S. and the U.K. have the highest percentage of happily married couples, despite the higher incidence of divorce in these countries. It seems as though the unhappy couples call it quits and move on, while those with more traditional beliefs battle through unhappy unions.