Health is a feeling and a state of mind. While the meaning of health is the same wherever you go, the path to achieving it is very different. Each culture has its own secrets to living a better, longer life. Take what you like, and leave what you don’t. 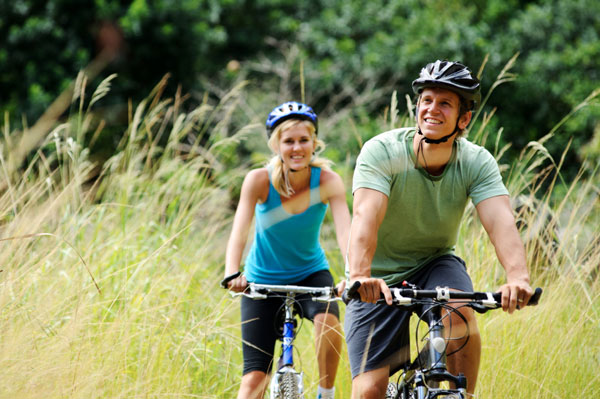 Health is a feeling and a state of mind. While the meaning of health is the same wherever you go, the path to achieving it is very different. Each culture has its own secrets to living a better, longer life. Take what you like and leave what you don’t.

The Asian philosophy is that ultimate health is only reached when mind, body and spirit are in balance. Acupuncture, which was invented by the Chinese long ago, is a great example of a practice that combines the physical, mental and spiritual. Getting pricked with needles is not as painful as it sounds; in fact, it is quite a comfortable experience. It’s also very much worth it: Acupuncture is known for easing back and neck pain, soothing tired muscles, treating indigestion and dulling persistent headaches. It’s also known to boost the effectiveness of other medication, so if you’re sick or just taking supplements while on a health kick, acupuncture is fantastic.

In your life: Book yourself in for an acupuncture session the next time you’re stressed and see if it makes a difference.

Fact: The Japanese live longer than any other race on the planet (the Okinawa region has dozens of people over the age of 100). They also have one of the lowest obesity rates in the world. So how do they do it? The answer is simple, really: The Japanese are masters at portion control. They follow a cultural practice called “hara hachi bu”, which means eating until you feel 80 per cent full (rather than absolutely stuffed). Our brain is a bit delayed in registering fullness, so this technique gives the tummy and mind enough time to communicate. The Japanese also swear by eating wild fish, soy products and a rainbow of seasonal fruit and vegetables at each meal. Meat is treated as a side dish only.

In your life: Chew your food slowly and put your knife and fork down between each bite. Also, wait half an hour before going for seconds or dessert.

If you’ve ever been to Amsterdam, you’ll know that the Dutch are crazy about bikes. While we tend to jump in cars, the Dutch almost always choose bikes as their form of transportation. In reality, each citizen pedals an average of 4 kilometres a day. That kind of extra exercise is just as good as a gym workout: It boosts your adrenaline levels and mood, works your cardio system and tones your body from your bottom to your legs.

In your life: Do at least 30 minutes of moderate exercise three to four times a week. If you want to live long like the Dutch, pick two wheels over four to get around a couple of times a week.

The Greeks are well known for their boundless energy, and amazingly, their secret lies in the siesta. Every day, most Greeks have a hearty lunch before napping for one to two hours. They then wake up, invigorated, and go back to work or whatever they were doing before their noon souvlaki. As if you needed another excuse, studies have found that a brief kip after lunch three times a week lowers your risk of a heart attack by a whopping 37 per cent.

In your life: Indulge in a 20-minute to one hour “cat nap” whenever you can. If you can’t take time out of your work day — which let’s face it, applies to most of us — pencil in snoozes on weekends.

Check out our tips for better heart health >>

French women are the envy of the world. Though their diet is rich in fatty pastries, butter and cheese, the French are world-famous for their slim figures. The country also boasts ridiculously low rates of obesity, heart disease and other health issues. The good news is, it’s not a mystery or a miracle; it comes down to mindful eating. The French typically munch on small meals and their daily calorie count is much lower than that of Australians or Americans, for example. They also go easy on the alcohol, preferring to sip on an excellent glass of wine before switching to water. Speaking of wine, red wine is the tipple of choice thanks to its antioxidants. Finally, snacking isn’t really a custom in France: Most women will drink a big glass of water or herbal tea to curb hunger pangs.

In your life: Try using a smaller plate at mealtimes, drink at least 2 litres of water a day and pull back on the booze. When you do indulge, make sure you savour every bite or sip.

There’s a reason why Westerners flock to the land of ashrams for yoga retreats: There is a lot we can learn from the Indians. The holistic Indian approach to health is known as Ayurveda. Basically, Ayurveda focuses on achieving a balance between the physical, mental and spiritual parts of ourselves through healthy eating, massage, herbs, yoga and meditation. The benefits of oil head massages and a mix of yoga styles (Hatha and Ashtanga, for example) have spread around the globe, but they all started in the land of spices. Speaking of spices, Indians credit turmeric for giving them the lowest rate of Alzheimer’s in the world. Thanks to its antioxidant and anti-inflammatory properties, the yellow spice boosts the immune system, clears the mind and speeds up the metabolism.

In your life: Sign up to yoga classes and treat yourself to a head massage once a month. Start eating more vegetable curries and go heavy on the turmeric!

Italians place an emphasis on developing family relationships and a sense of culture in their everyday life. As such, mealtimes are a prime opportunity to communicate with family members. Forget lunch-on-the-go or wolfing down your dinner in front of the TV — in Italy, it’s common for meals to take anywhere from one to two hours. Italians take the time to relax and enjoy the food as well as the company. In terms of food, it is usually simply prepared and served as fresh as possible. Wholegrains, fruits, vegetables, meat and cold cuts feature on most menus because they are filling and nourishing.

In your life: Whether you’re at work or home, sit down at a table to eat and really appreciate your meal. Don’t eat in front of the computer or TV and try to dine with someone else.