Research from France suggests that women may be better off without their bras, but are women ready to give them up? And should they? 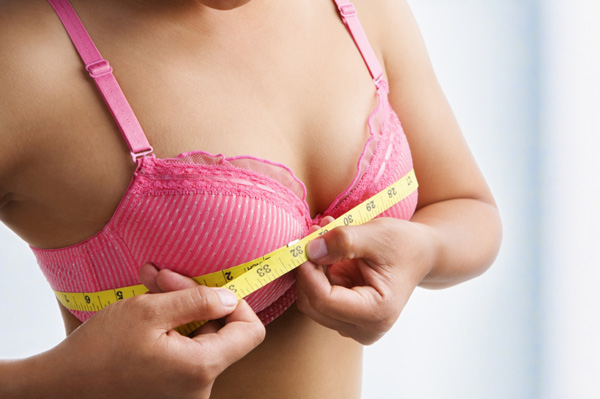 When research emerged from France that women may well be better off ditching their bras for health reasons, adolescent boys everywhere rejoiced. But should we trust the research of Professor Jean-Denis Rouillon, whose study stated bras were a “false necessity”? Should we start burning bras again?

Rouillon spent 15 years researching the topic. By using a slide rule and a caliper, he found that women who didn’t wear bras were on average 7 millimetres perkier than those who did. The suggestion is that breasts become accustomed to support and, over time, dependent, which leads the supporting muscles to weaken.

Some women who participated in the study even went as far as to suggest that dropping their bra helped with back pain.

Many people feel that the research is inconclusive, however, and shouldn’t be considered as blanket advice for all women. Tracey Montford, Founder and Creative Director at Cake Lingerie — specialists in maternity and nursing bras — suggests that for pregnant women particularly, “Bras are essential for good breast health.” According to Montford, during a woman’s pregnancy and post-birth, she will experience rapid breast development and a “good supportive bra during these times” will provide the necessary “support and comfort”.

With regard to back pain, Montford is sceptical that releasing your breasts can help. “In larger-busted women,” she says, “back pain can be associated with the sheer weight of the breasts. A bra provides 80 per cent of its support from the back band.” This means that, contrary to Rouillon’s findings, a good, well-fitted bra should offer plenty of support for the back.

Indeed, Professor Rouillon himself conceded that his study’s findings weren’t universal. He was quoted as saying: “It all depends on the structure of each breast. An overweight, 45-year-old woman with three kids has no business not wearing a bra.” Yikes.

Time to say bye-bye to the bra?

So if you’re young, fit and attractive, should you go ahead and let your ladies run free? Well, not so fast. If you’re already free of the shackles of bra-dom you can rest easy: Gravity is not coming to get you. But if you’ve already started wearing bras and are pretty much accustomed to it then keep going for it.

Wearing a comfortable, supportive bra is essential, but it isn’t necessary to give them up altogether. As Montford notes, “A good bra will provide shape, profile, support and comfort. The bra has remained an essential item in a woman’s wardrobe for decades and has continued to evolve over time.”

Ultimately, if you feel your bra is doing you damage, head to a specialist and get it checked out. If you’ve always wanted to get rid of your bra, now’s the time to do it without fear. Otherwise, maybe just file Professor Rouillon’s findings under “suspicious” and keep rocking that lingerie. After all, we think Montford is right when she says that “women and men have a fascination with lingerie. It is feminine and beautiful.” And who wouldn’t want to be both those things?

6 hrs ago
by Chimére L. Smith