You’re halfway through your first date and you’re already smitten. In fact, you’re so excited that you secretly texted your friend from the bathroom halfway through. Now, how to nab that second date with Mr. Perfect… 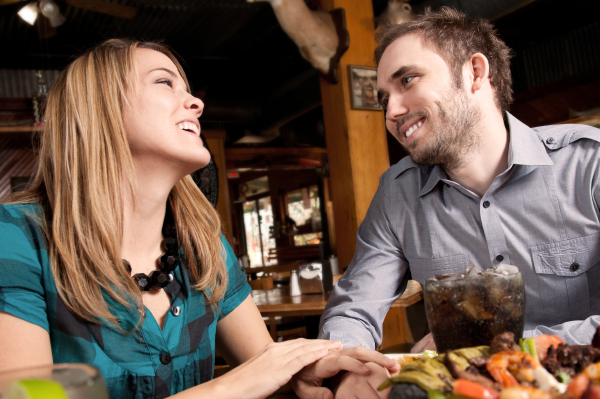 Well you may not be willing to take things as far as Andie Anderson in How to lose a guy in 10 days with the whole hide-basketball-game-tickets-in-your-handbag scenario, but there are a few things you can do to boost your chances of getting a second date if you think you’ve met your match.

Instead of Facebook-stalking him and checking your phone for texts every five minutes, why not dismiss the game playing and just ask him out? Sounds almost too simple, doesn’t it… If he asked you out on the first date, it’s only fair that you meet him halfway and ask him out the next time. Think of a creative, fun date idea he just can’t refuse.

Yes yes, some girls swear by playing hard to get, but sometimes guys aren’t the best at reading signals and your behaviour may just come off as rude and disinterested. Most guys get just as nervous asking girls out as we do, so give him a bit of encouragement by telling him how much fun you had and that you’d love to catch up again sometime. No need for declarations of love just yet, but a hint of a green light can’t hurt.

If you spend the entire first date stressing about how you look, fixing your clothes and trying so hard to look cute that you hardly touch your dinner, then he’s probably going to walk away with a very different impression to the real you. Relax, have fun and don’t put too much pressure on yourself.

OK, so we’ve probably all been in that situation when we’ve been feeling stressed out about our work, our family or our friends and one glass of wine sends us into a dramatic meltdown detailing every tiny glitch in our life… Detailing the flaws of your ex or your own self-esteem issues probably aren’t the best talking points when you’re just getting to know each other, so save it for a phone chat with a friend later. Of course share what’s going on in your life, but don’t throw all your life drama on this poor guy the first time he meets you. Try to avoid being that annoying, whiney date who can’t stop talking about herself. Remember to ask him plenty of questions and ask him what’s going on in his life too.