Older women are ignoring the rules to date younger men, finding a new sense of adventure and spontaneous fun. 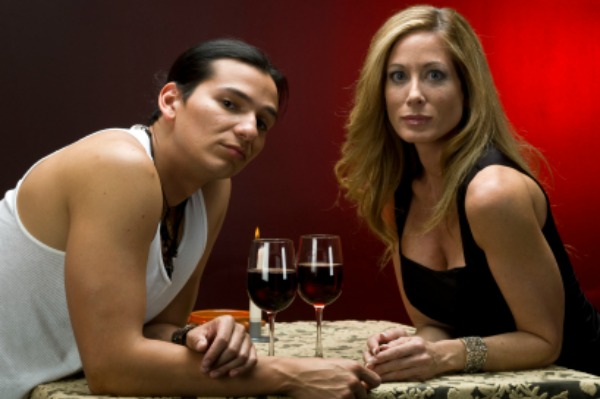 Almost one-third of women between ages 40 and 69 are dating men at least 10 years younger than themselves. What’s behind this growing trend? We aren’t shocked when Madonna or Jennifer Lopez takes a younger mate, and before their breakup we grew accustomed to the May-December marriage of Demi Moore and Ashton Kutcher. These pairings are highly visible because of the celebrity status of the couples, but the older woman/younger man match-up just isn’t that unusual any more.

A recent poll by AARP learned that one-sixth of women in their 50s preferred men in their 30s to 40s. Braving the “robbing the cradle” label, increasing numbers of single women are looking for a relationship with younger men, and it’s not for the reason many assume. Sexual stamina is not a main consideration. These women like the flexibility and sense of adventure of their more spontaneous younger companions.

There’s a gym on every corner and older women are working out and taking better care of themselves with healthier diets. They have greater confidence in their physical appearance and are looking better than ever before. And these women are likely to come back to the dating game because of divorce, so they are seeking companionship for their longer expected life span.

In years past, there were strong “shoulds” on ways of partnering up, but women are choosing to ignore the old rules in favour of tuning in to their own needs. That has given them the freedom to recognize that they have more choices. Rather than trying to make a match by age, these women are making their matches with men who have a similar intensity for life.

For their part, the men who are attracted to older women are stable and mature enough to look for a woman who knows who she is. They are attracted to more mature women who are self-possessed, and many like the stimulation of a sharp intellect, life experience and confident attitude.

In traditional views of relationships, age has always – at least subconsciously – been a deciding factor for choosing a mate. The trend stems from the perceived notion that a man should be prepared to take care of a woman when she leaves her parents’ home, and the woman should look for a man who is capable of providing security.

Even though women today are more than capable of taking care of themselves, society has been slow to adjust its views of dating norms. The main reasons men site for seeking partnerships with older women are their openess and self-expression, better maturity and higher self-esteem.

Knowing exactly who you are and what you want and expect can be very appealing. Mature women have a lot to offer, and these days younger men are aware of the advantages a mature woman can bring to the relationship. The connection they’re seeking has less to do with numbers and more to do with a motivation to move past playing games and on to the main event.

3 hrs ago
by Mouthy Mandy