You’ve lost the four kilos you gained over the holidays, started a fab project at work and cleaned out your wardrobe. You know what comes next: fine-tuning your dating approach so 2011 is not only the year you look smashing and score praise at work, but the year you find love or at least have a frisky fling. Here’s what not to do over the next 11 months. Here are four unhealthy love & dating habits to break this year. 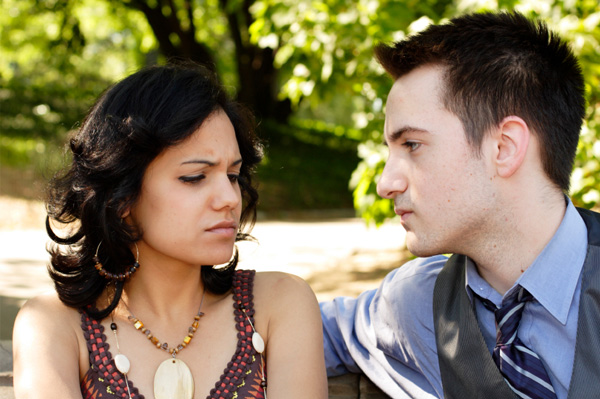 If, after three dates, you’re feeling the same way you do when your mum serves meatloaf — meaning, you can take it or leave it — stop wasting time. Women have been inundated in recent years with hype about staying away from “sparks” and focusing instead on long-term compatibility. Bah. You need to feel something soon, or it’s a wash. This applies both to you and him, as Sydney Morning Herald columnist Sam de Brito so eloquently points out.

So if you’re not feeling it from your new guy, grow the set he’s obviously missing and cut the ties for him.

Please. We’re begging you. Far too many women complain about not having enough time for a quality relationship with themselves or anyone else because they have too much work/a packed social calendar/a dog with Alzheimer’s to take care of… You should have this figured out by now.

If you’re cramming your life with too many to-do lists, you have a problem with commitment and intimacy. Simple as that. Talk to your girlfriend or mum, or seek therapy to straighten yourself out, but stop using it as an excuse for why you don’t have any dates this Friday [or the next 51 Fridays].

3. Don’t fish off the company pier

Aussie sex columnist Samantha Brett pokes fun at this one in a post from last August, but just think of how much potential aggravation you’ll save if you keep work mates at work [not under the desk, either!]. Sure, work’s a prime location for connecting with an educated man who has a good job and looks good in a dress shirt, but hardly do these flings ever end well for both involved.

Possible breakup aside, think of seeing him chatting to or flirting with the hot office secretary, getting promoted before you, or getting so drunk at a happy hour he talks about the monkey noise you make before you climax. It’s just way too much merging of your professional and personal lives.

Being your “best self” doesn’t mean being your “best fake self.” Too many of us too often take the idea of putting the best face forward as a chance to reinvent ourselves on a first date or at the start of a relationship.

We should try our best, of course, because first impressions do matter. But toe the line at being too much of anything if you aren’t really like that normally. It’s one thing for him to find out you own a Wiggles DVD down the pike, but to discover that the girl who seemed so confident and self-assured is actually a needy lunatic? Deal. Breaker.

Does Sex Count As A Love Language?

2 hrs ago
by Caitlin Flynn