It’s the land of cold beer, Tim-Tams, meat pies and fish and chips, in addition to all those American fast-food joints like McDonald’s and KFC–and now, Australia has brushed up against the United States when it comes to the number of residents who are overweight or obese. 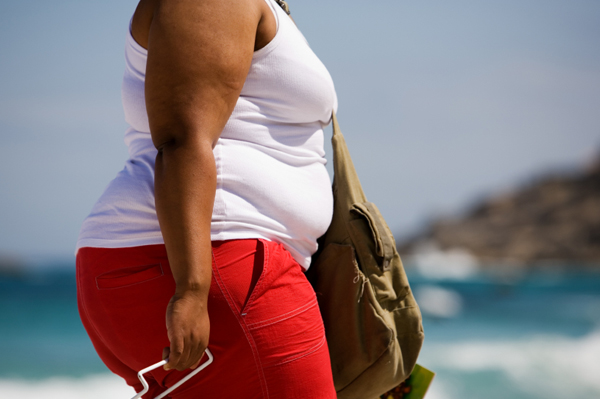 Australia is not on the list of the top 10 fattest countries put out by the World Health Organization–but it’s not too far off it. About 60 percent of Australian adults are obese, putting the country just behind the United Kingdom, which, with a 61-percent obesity level, came in at No. 10. The United States is No. 3 with 66.7 percent, and New Zealand comes in seventh with 62.7 percent. Public health officials are concerned that Australia will soon be as fat as America.

And being wary of the States is probably not a bad idea, as similar factors are widening waistlines in Australia. Since World War II, there’s been a shift from home-cooking and fresh foods to processed junk you pick up at the drive-through. In urban and suburban areas, a high-paced lifestyle leaves little time to cook a square meal, and cars mean fewer people walk anywhere. In Australia’s rural communities, hard-labour farming has been replaced by machines that do the work for you, says Ian Caterson, director of the University of Sydney’s Boden Institute of Obesity, Nutrition and Exercise. Of the genders, it’s the women who have more to worry about, he says.

“An interesting thing is Australian women in particular are getting fatter faster than American women,” he says.

When it comes to women in their twenties and thirties, alcohol consumption and on-the-go eating contribute to doughier derrieres and saggier stomachs. But the motherhood factor also plays a role–after marriage and kids, some women stop being as active as they once were, which makes the pounds creep on, Caterson says.

“We sit at desks, we send e-mails, we drive cars, we don’t go out the corridor to talk to people,” he explains. “In social outings, it’s about food. We have to learn what’s the right amount for us, but it’s hard to do that in a society where there’s food all around.”

The obesity epidemic seems to be most heavily striking Australia’s more rural areas, where both genders are each about 5 percent fatter than their urban counterparts. Elizabeth “Lily” Hills, life coach, workshop leader and author of the The Body Love Manual and A Feminine Manifesta, says it’s the same in the United States.

“The demographic that is struggling most with obesity is the lower-income individuals who are buying more fast food and watching more television,” she says.

The economy also isn’t helping matters, especially for emotional eaters. While Australia’s economy had not been as brutally affected, the awareness of a global threat to financial stability may be causing more Aussies to eat their fears.

Children are also a population to watch out for–in Australia,  one in four children are overweight or obese. Kids also expend 650 fewer calories than they did 50 years ago. If you want to know why this is happening to Australia’s children, look to their parents, who also probably have a weight problem.

“Children have few role models to follow,” Hills says. “With the obesity rates escalating amongst adults, children are quickly following suit. They are eating the same foods and living the same lifestyles that their parents are exhibiting, setting themselves up for a lifetime of compulsive overeating.”

6 hrs ago
by Sara Dobie Bauer