While the relationship between alcohol and general health is relatively clear, the connection between alcohol, appetite and weight is less apparent and a growing area of investigation. 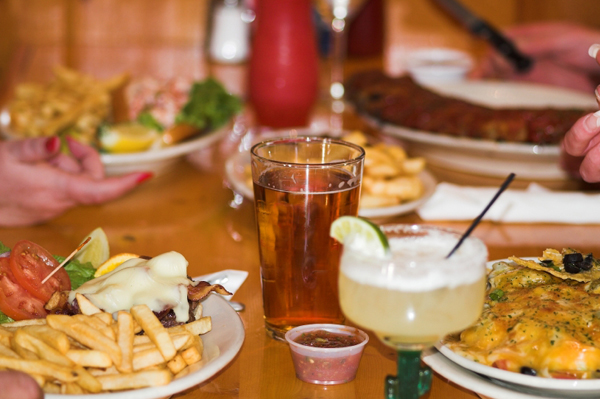 Health authorities around the world agree that drinking alcohol can have beneficial or harmful effects on health depending on the amount consumed. There are, however, differences in what is considered a moderate or “safe” intake. In Australia, the recommended limits are four drinks per day for men and two drinks for women.i The guidelines in the United Kingdom appear to be slightly lower—21 drinks per week for men and 14 for women with no alcohol at least one day per week—but the UK definition of what “counts” as a drink has less alcohol as well.ii The 2005 Dietary Guidelines for Americans say up to one drink per day for women and two drinks per day for men is acceptable.

Moderate alcohol intake, however it is quantified, has been linked to a lower risk of mortality and coronary heart disease in middle-aged and older adults. Conversely, disease risk and mortality are highest among those drinking large amounts of alcohol. In terms of nutrition, alcohol supplies a lot of kilojoules (29.4 kj/gram) but few essential nutrients. While moderate drinking is not linked to nutritional concerns, heavy drinking is linked to nutritional deficiencies as the kilojoules from alcohol are often substituted for more nutritious foods.

The idea that drinking alcohol stimulates appetite and food intake is a common belief. While there is a limited amount of research in this area, what is available supports this belief. Small studies done mostly in healthy weight men have found that a moderate amount of alcohol (approximately two drinks) before or during a meal leads to higher ratings of hunger and food intake compared to times when a non-alcoholic beverage is consumed.iii,iv These studies, however, do not include women nor do they investigate how regular alcohol consumption affects food intake and weight over the long term.

Theoretically, it would make sense that alcohol and excess weight are linked. The reality, however, is that the research connecting alcohol and obesity is contradictory. A few studies suggest that despite the extra kilojoules, alcohol drinkers do not gain more than non-drinkers. Other more recent studies suggest that light to moderate drinking is not linked to weight gain, but drinking an excess of three drinks per day promotes weight gain.v,vi

The reasons as to why moderate, but not heavy, drinking is not linked with weight gain are still unclear. Some experts suggest that the difference lies in lifestyle factors such as diet, smoking or physical activity. Others suggest that the reason may be due to alcohol’s effect on metabolism. Clearly, more research is needed to gain a solid understanding of these findings before any firm conclusions can be drawn.

8 diet mistakes
4 weight loss myths
Are you being honest with yourself about your weight loss?