They’ve been married less than a week but Cheryl Cole has already been warned to “keep a close eye” on her new husband Jean-Bernard Fernandez-Versini — by one of his close friends. Just what is it about bad boys that women find irresistible?

We’ve all been there, right? There’s a guy you know you should probably stay away from but something about him just has you hooked. Just ask Cheryl, Charlize, Millie… they’ve all fallen for bad boys — but have they tamed them?

Cheryl Cole married French restaurateur Jean-Bernard in a secret ceremony last week. The couple seem blissfully happy but sources close to JB have voiced concerns over whether he’ll be able to change his playboy ways. His friend and former boxing coach Curtis Jones told The Sun: “I’m so happy he has found love — but I would say to Cheryl she’s got to keep a close eye on Jean. He definitely has an eye for the ladies and they love him too. When we used to go out together they would flock around us… He is a wild man — I don’t think he can be tamed.”

Cheryl Cole married Jean-Bernard after only three months of dating >>

Cheryl posted this retro image on her Instagram account this morning — a clear response to claims that her husband won’t curb his playboy ways.

After an 18-year friendship, Hollywood actors Charlize Theron and Sean Penn began dating eight months ago and, according to UsWeekly, are set to marry this summer in South Africa, where Penn, 53, is directing Charlize, 38, in the love story The Last Face. 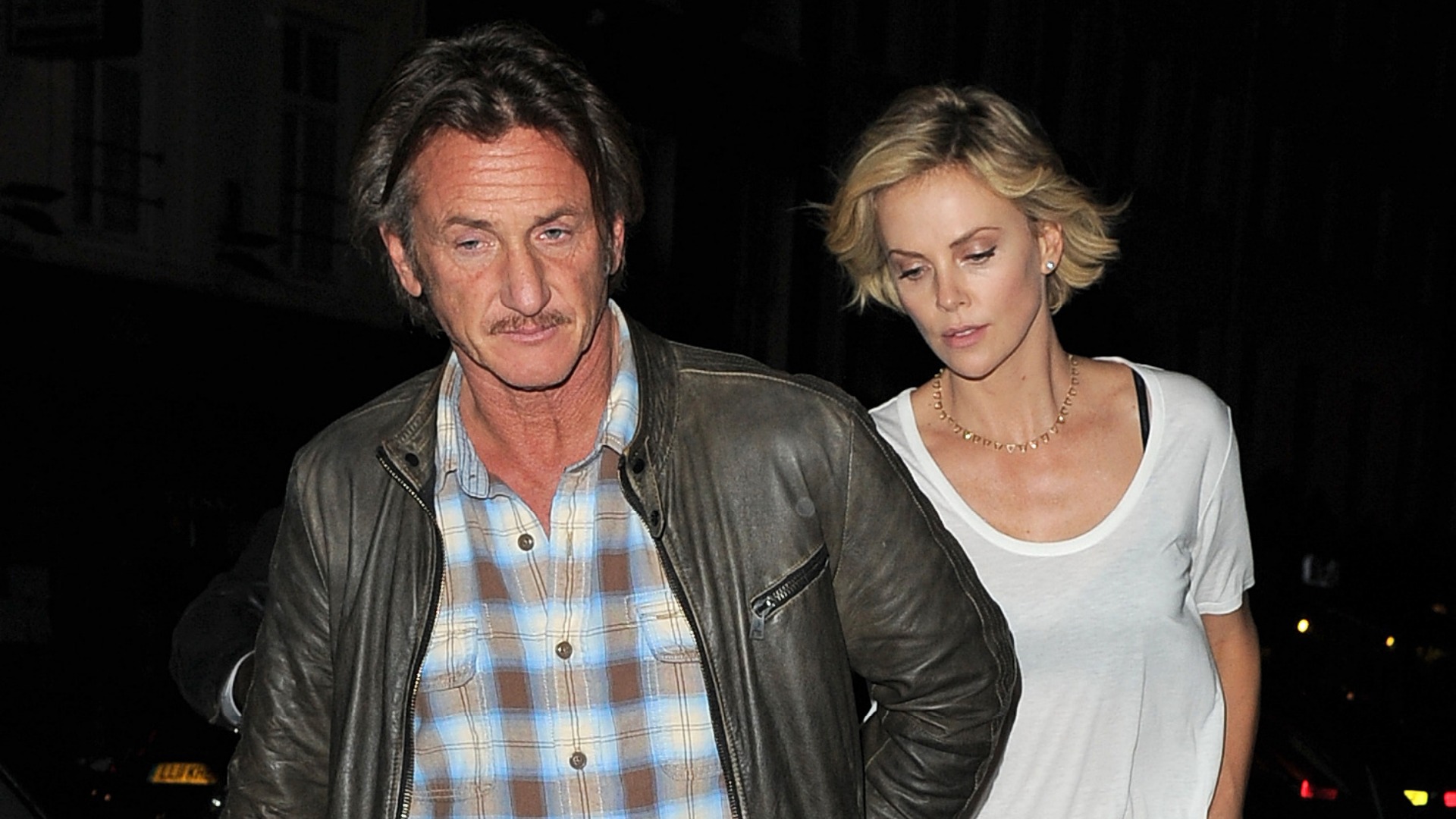 Penn’s tumultuous relationship history is well documented. In 1984 he was engaged to Downton Abbey actress Elizabeth McGovern but they never made it down the aisle. She described being with him as “exhausting” and has spoken of the “drama to the way Sean lives every bit of his life.”

Penn married Madonna in 1985 but it lasted for only 27 months before the couple split amid reports of endless arguing. In 1996 he married actress Robin Wright. Their union was a rocky one with several periods of separation before they finally divorced in 2010. 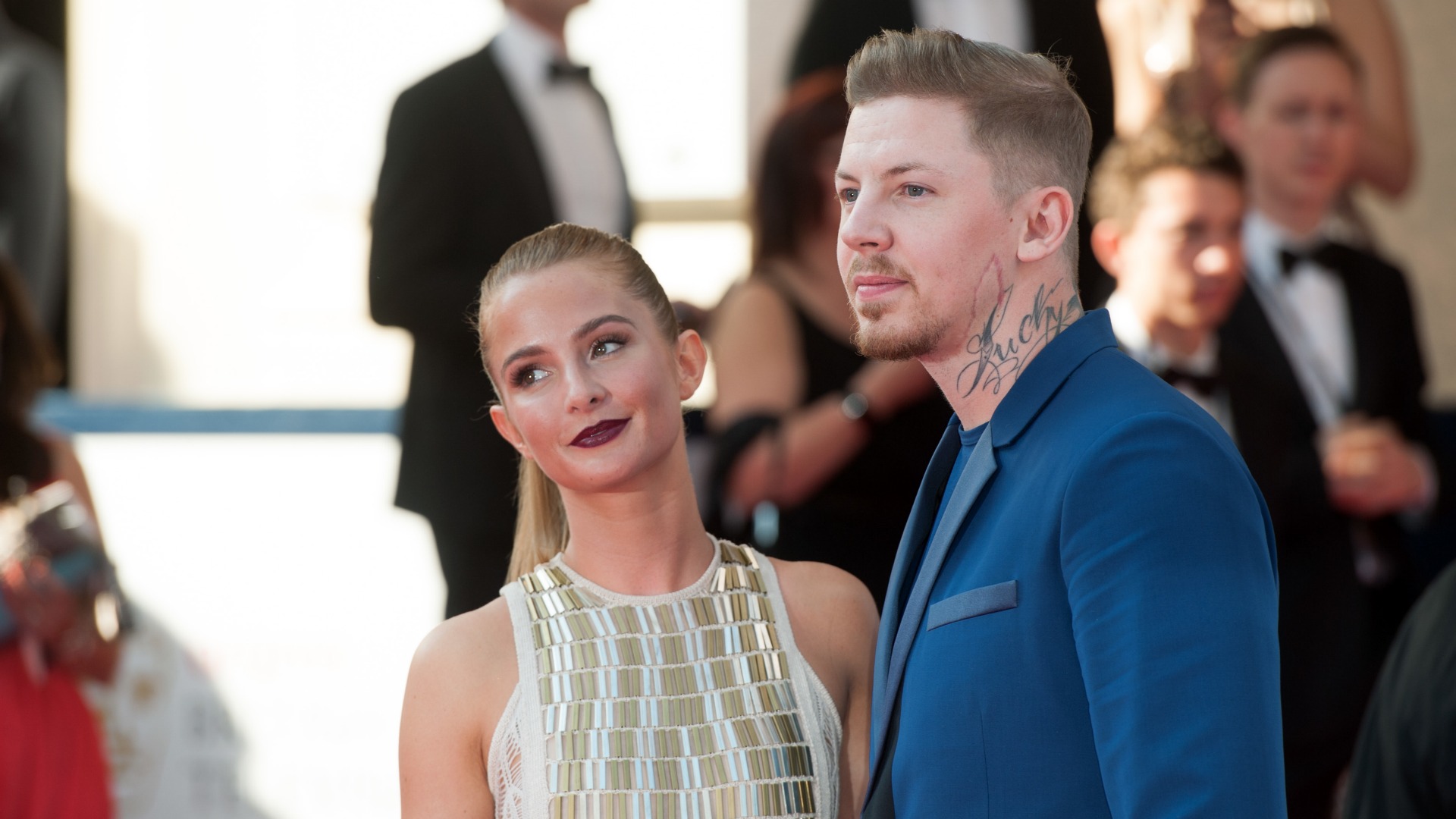 Former Made in Chelsea star and Quality Street heiress Millie Mackintosh caused a stir when she paired up with Stephen Manderson — a.k.a. hard-drinking, tattooed rapper Professor Green — in 2011. However the seemingly mismatched couple are now happily married and Millie has spoken about the softer side to her husband.

“Stephen has brought out the best side in me,” she told MailOnline. “I feel happy and secure now. As an artist and a rapper, Stephen has a hard image, but I get to see a different side to him. He is kind, gentle and well-spoken.”

As for Professor Green he’s more than willing to sing his wife’s praises: “I know I couldn’t be with me: I’m an absolute nightmare. So I think Millie is commendable just for being with me, and she’s helped me no end.”

So why do women love the bad boys?

It’s simple, says New York-based psychologist Nando Pelusi. Women want their emotions activated and nothing does that like a guy who has an edge. An exciting, challenging man comes across as confident and powerful, which sends many women weak at the knees.

How do you recognise a bad boy? “Typically when you are with them you feel a thrill, like you’re doing something that you shouldn’t be doing,” says marriage therapist Alison Hunter. “Another tip off would be a lot of ups and downs, like you’re on a roller coaster ride; when you are with them you feel at the top of the world, but then there are times when they make you feel kind of low. These guys are smooth and they know how to get their way.”

In short, life with a bad boy is fun, exciting, unpredictable. But women tend to want more than that in the long term. Women want the best of both worlds, says Pelusi. They’re attracted to the rogues but they want them to turn into caring, attentive, faithful long-term partners, who will satisfy their reproductive needs and become reliable breadwinners. Sometimes, of course, it happens: think Warren Beatty and Rob Lowe, two former bad boys who are fully committed in loving, happy marriages.

So will Jean-Bernard leave his playboy ways in the past and give Cheryl the security and loyalty she craves? Time will tell…

Is love a matter of fate
Why women put work before love
Is it love or lust?