She’s been tested to her limits by Spencer Matthews and Jamie Laing and now Made in Chelsea’s Lucy Watson wants to share her dating tips with the world. 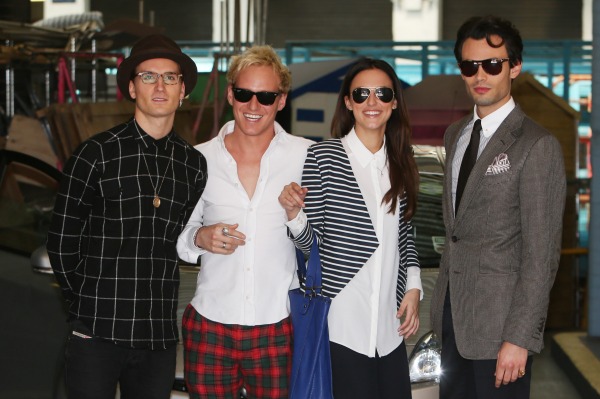 Lucy Watson was all smiles with her Made in Chelsea cast members outside the ITV studios last week but we can’t imagine it’s always easy to be in such close proximity with her ex-boyfriend Jamie Laing — even if he is wearing particularly snazzy trousers.

We all watched with bated breath at the end of series six of the Bafta award-winning reality TV show, when Jamie declared his love for 24-year-old Lucy and whisked her away in a horse-drawn carriage. However, all’s not fair in love and Chelsea and it was back to loveless reality with a bang at the beginning of this series. Yes, you guessed it, Jamie couldn’t control what’s under his tartan trousers and Lucy was let down by yet another Made in Chelsea lothario. 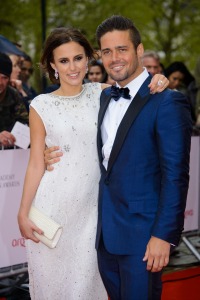 You’d think she’d learnt her lesson after her ill-fated romance with Spencer Matthews, right? Well, it seems she has and she wants to pass on her wisdom to all other twenty-something girls struggling to cope with the modern dating scene. She’s written her own dating manual called The Dating Game.

“I’ve learnt a lot and I want to give women the strength to do the right things,” said Lucy. “There’s some funny stories in there from my past experiences and it’s all extremely open and honest.”

“Guys are really crafty and good at trickery; I don’t want girls to fall for that,” she said.

From The Dating Game by Lucy Watson

“Welcome to The Dating Game, people… Dating nowadays is seriously complicated and the more attached we get to someone the more confusing it seems to become.

That’s why I decided to write this book. It’s taken a lot of long and painful lessons for me to work out how to play the dating game and I’ve often wished someone could have just told me the rules from the start, before I had to learn them the hard way.

I want to make sure that if we play the dating game properly none of us will be played ever again.”

The Dating Game won’t be on shelves until May so in the meantime here are some tips we’ve picked up from watching Lucy and her Made in Chelsea gang navigate the murky world of modern dating.

Try to keep things to yourself. Rumours spread like wildfire in Chelsea, it seems. Currently Binky and Alex’s relationship is being severely tested by allegations that he has cheated. 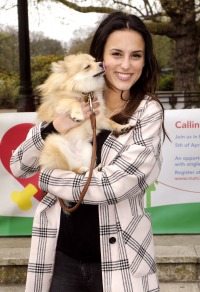 They can often see things a little clearer without the rose-tinted glasses of love — or beer goggles, perhaps — and only have your best interests at heart.

Think before you speak. Jamie Laing says I love you after, oh, about five minutes.

If all else fails, stick to companions of the canine variety. They’ll always be there when you go home at night and you’ll never be short of cuddles.

More on Made in Chelsea