Britney Spears has recently been snapped with thick, painful-looking patches of psoriasis around her ankles, while the similarly glamorous likes of Kim Kardashian and LeAnn Rimes have also struggled with the skin condition. So what is psoriasis and what can be done to treat it? 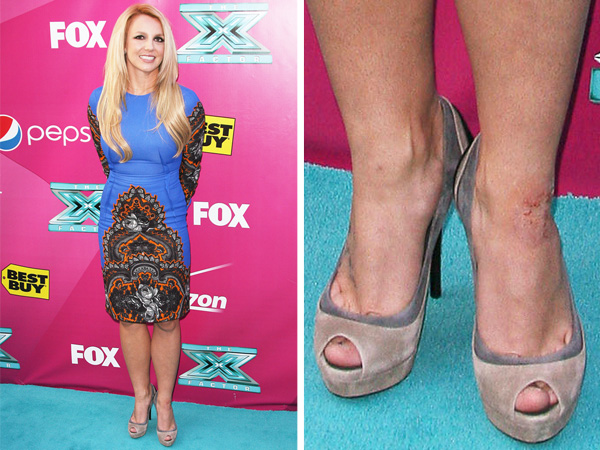 It’s an itchy skin condition, affecting up to 3 per cent of the U.K. population, and is caused by skin cells replacing themselves too quickly. The average person’s skin cells are replaced roughly every 28 days but, for psoriasis sufferers, this occurs every 2 to 6 days, causing scaly, pink patches to emerge.

Which areas of the body does it affect?

It can appear almost anywhere but the elbows, knees and scalp are the most commonly affected areas. It’s a chronic condition with no cure and, for some sufferers, it may never disappear completely.

When does it strike?

According to the Psoriasis Association, late teens to early 30s and 50 to 60 are the two age ranges which see a spike in new psoriasis diagnoses. However, it can occur at any age, though under 2s aren’t usually affected.

It can be inherited (but may skip a generation.) Other known triggers include sore throats, sunburn, stress and skin damage, such as a cut or graze that then develops into psoriasis.

What treatments are available?

For mild or moderate cases, topical steroid creams or ointments can help bring the affected skin under control, though they may take a few weeks to work. Other options include tar or dithranol preparations or Vitamin A derivatives. More stubborn cases will require a dermatologist referral and a course of U.V.B. or P.U.V.A. light treatment may be advised.

What if none of that works?

For the most extreme cases, it’s all about the systemic drugs. These fall into two categories: the more traditional methods — such as cyclosporin and methotrexate — which have been in use for more than a decade and are taken in tablet form, or the biologics,  which are administered via injection or I.V. infusion. These treatments require close monitoring by a dermatologist.

No. Nor can it be spread from one area of the body to another by touch.

And on the bright side?

Even if some stubborn scales refuse to budge, there’s a whole world of quality makeup products out there that can help mask them — just ask Kim Kardashian.

More on looking after your skin

Makeup tricks for covering psoriasis
Is your skin dehydrated?
5 Step guide to a creasefree complexion