The latest exercise craze to hit the United States is barre fitness, a deceptive form of workout that may not leave you out of breath but will work wonders on every inch of your physique. 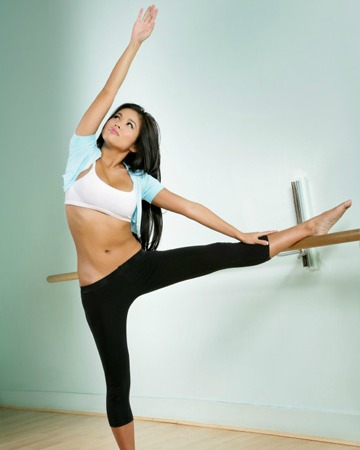 Barre workouts have a legion of fans — so what exactly is it and when can we expect it on our shores?

When did it start?

One of the leaders in barre fitness is journalist Burr Leonard, who has been practicing and developing her barre exercise system — The Bar Method — since 1991. An avid Lotte Berk Method student since 1981, she opened her first exercise studio in Greenwich, Connecticut with lawyer Carl Diehl. In 2000 they officially founded The Bar Method, Inc. and the next year opened their flagship studio in San Francisco. Since then they have built and franchised The Bar Method studios around the U.S. and the barre fitness trend is becoming more and more popular, with other barre studios beginning to open up all over.

According to Barre Workout Headquarters, “By combining several modes of exercise including dance conditioning, isometrics, interval training and physical therapy practices, your muscles will become elongated, your body will be reshaped and you will become physically (and mentally) stronger. Not only that, you will also experience an increase in energy levels and an improvement in your stamina.”

Fans suggest it is similar to yoga in that the movements aren’t fast-paced, but the effects are quick and participants are breaking a sweat in no time, despite not getting particularly out of breath. Classes are taught in studios by qualified instructors using, unsurprisingly, a ballet barre (hence the name).

What are the results?

Firmer muscles, increased energy, better sleep and narrower thighs are some of the reasons fans flock to classes. Also on the list of benefits is better definition in one’s hamstrings, improved posture, reduced body fat and visibly increased muscle definition.

How does it make you lose weight?

Despite being gentle in pace, barre workouts will absolutely help you lose weight. Alternating between exercises that demand intense bursts of energy and deep stretches, barre exercise produces both high caloric burn and firmer muscle mass. Most students see visible differences and a loss of weight within just several months.

Is it available in the U.K.?

The word is quickly spreading and classes are now cropping up across the U.K. Those in London would do well to check out the new Barrecore Studio in Chelsea, though there is no doubt this rage is set to spread across the U.K. in no time with more studios opening up all over. If you want to get started at home, there are several barre DVDs you can purchase online — we like the Super Sculpting series from The Bar Method.

14 hrs ago
by Amanda LaFleur

15 hrs ago
by Laura Williams