It’s official. Less of us than ever before are making the move to marry in Britain. Harsher divorce rulings, higher divorce rates and lack of financial incentive are forcing many to co-habit rather than saunter up the aisle. So where are you legally if you marry? And what are your rights if you choose not to? From taxes to insurance, here is where we currently stand. 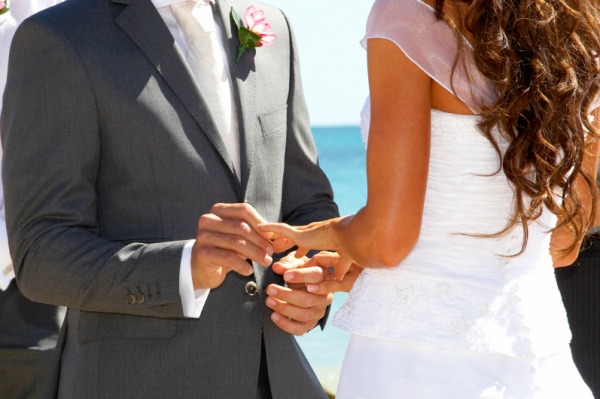 In 2010 there were 119,589 divorces in Britain, an increase of 4.9 per cent since 2009, when there were 113,949 divorces. This follows several years of decreases so, despite hopes that the tide was turning, things aren’t changing anytime soon. The myth is that half of all marriage’s end in divorce, but what the numbers really show is that for each year, an equivalent of half the number of people getting married get divorced, rather than half of all the married people in the country.

Despite thinking of ourselves as very liberal, gay marriage is still not legal in the U.K., though if we are to believe our politicians, that will soon change. Same sex couples have been able to enter into civil partnerships since 2005, but not marry, though the Liberal Democrats were the first party to officially endorse same sex marriage back in 2010. In 2011, the government expressed its intention to begin a consultation to allow both religious same sex ceremonies and civil marriage for same sex couples by the next general election

The number of people living together as man and wife (or together as gay couples) without saying “I Do,” is on the up. Drastically. Put off by acidic divorce stories, high divorce rates and an inflated cost in actually marrying, many choose to simply live as they have done. Gone are the days of “living in sin” for most people, especially as a recent Yale study showed married couples had a higher separation rate than those who lived together without the wedding bands.

Aside from the romantic aspect of marriage, a couple who gets married then has assets considered to be joint assets or liabilities. While divorce in the U.K. is fairly straightforward, it is these assets that can make divorce very complicated and, often, unpleasant. Bank accounts, property, savings, pension funds, debts and inherited wealth all become joint assets and, potentially, fuel for fire. One appeal of getting married or entering into a civil union is that partners, husbands and wives can make decisions on their better half’s health if something were to happen to them and they were incapable of doing so themselves. One of the main arguments for civil unions was that one’s partner often knows his or her wishes were he or she to become very ill and unable to speak. If unmarried, the partner may not be able to speak before family and, therefore, final wishes won’t necessarily be recognized.