Though the health warnings are everywhere, an astonishing 40 per cent of Britons still light up. No matter how the cost rises with each Budget, or how many people continue to get lung cancer, the number of smokers is falling too slowly. Not just cancer and emphysema stem from smoking: Many other miserable side-effects are not well known. Why not consider them this month and use 31 May as a day to start quitting? 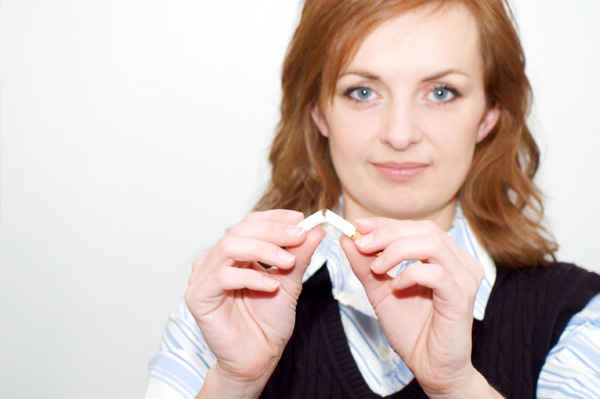 Damage to your immune system

Smoking can affect nearly every organ of your body because it’s not just the nicotine that’s dangerous, but also chemicals in tobacco like carbon monoxide, tar, formaldehyde, cyanide and ammonia. Aside from being carcinogenic, carbon monoxide keeps red blood cells from getting the full load of oxygen needed for healthy cellular growth. This encourages the carcinogens in tobacco to bind to the cells throughout your body and damage them. A weakened immune system leaves smokers vulnerable to a whole host of other illnesses and diseases.

Damage to the heart

Increased blood pressure and an increased heart rate, as well as a narrowing of the arteries that control the flow of blood and oxygen, can lead to heart disease and heart failure. So even if cancer doesn’t claim a smoker’s life, a fatal and very sudden heart attack can.

Smoking can reduce the sperm count and also render men impotent. A report by the BBC in the U.K. has stated that smokers are twice as likely as non-smokers to suffer from erectile dysfunction. Smoking causes atherosclerosis, or hardening of the arteries feeding the penis, and the nicotine also constricts smaller blood vessels, leading to impotence.

Damage to the skin and the brain

We often think we can spot a smoker because of the visible damage to their skin, and this is why: New Scientist has reported that a study in Nagoya City University in Japan has found that smoking leads to a reduction of up to 40 per cent in the production of the collagen needed to renew skin. This, of course, leads to premature ageing and excessive wrinkle development. More brain cells die the longer a person smokes and, as a result, brain function can be reduced. You can also suffer strokes owing to constrictions in the blood vessels supplying the brain.

Other lesser known side-effects include osteoporosis and weakened bones, back problems, ulcers, bronchitis, miscarriage when pregnant and a susceptibility to infections. Smoking while pregnant or around children is obviously a big no-no too, as the effects from the chemicals in cigarettes can be catastrophic. Bottom line: It’s time to quit if you’re still lighting up.

Why lighting that cigarette is still not a good idea
Is your teenager smoking?
Remedies for the unhealthiest of habits

13 hrs ago
by Laura Williams