Every week we are being told that something else is bad for us and should be avoided at all costs whether it be dairy, chocolate, red meat or alcohol. Scientists, after years of studies, are now saying that grains need to be avoided if we want to achieve an optimum digestive and immune system. But why? 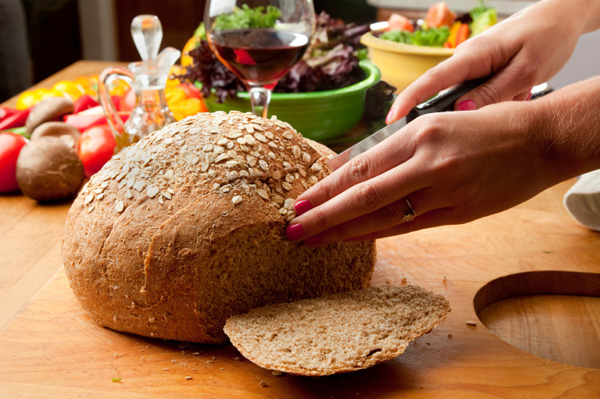 Grains are an inflammatory food

Grains are known to inflame certain areas of the body and if injested on a daily basis, which most Westerners do, can cause chronic inflammation which leads to many modern diseases such as arthritis, allergies, hormone inbalances, asthma and even cancer. The more refined the grain the more inflammatory it is, so foods such as white bread, pasta and white rice are about as bad as they can get. Before agriculture was introduced 10,000 years ago, grains did not exist and humans hunted and gathered their food which included nuts, berries, vegetables, meat and fish. Studies have shown that our bodies have not evolved much since this time, but our eating habits have, and we have incorporated grains into our diets, causing big problems.

Grains are bad for your digestive system

Some scientists believe that many Western diseases start in the gut including PCOS, diabetes, heart disease and even cancer. Therefore it makes sense to eat foods which are kind to your digestive system and so it can do its job. One of the main roles of your gut is to absorb nutrients and cherry pick what it wants from your food to make your body run smoothly. Grains stop it functioning at its best by causing several digestive problems. The main one is called leaky gut syndrome and is caused when small particles of the grain slip through the intestinal wall causing your bodies immune system to go into overdrive. If your body is busy trying to prevent grains from damaging your body, it cannot concentrate fully on its job of digesting your food, which can lead to vitamin and mineral deficiencies.

Gluten is a protein which binds grains such as wheat and gluten together and is very difficult for many people to digest. It is responsible for the modern day condition called celiac disease which affects just over 1 per cent of the population. However, it is estimated that nearly 50 per cent of Westerners are gluten intolerant to some degree as our bodies are simply not designed to deal with the substance. This means that every day people are eating foods they are actually mildly allergic to, which in time can cause many degenerative diseases.

Grains are bad for skin and teeth

Grains are linked to dental decay because of the high levels of mineral blocking phytic acid present in them. Archaeologists and scientists say that before the advent of agriculture, humans had very little tooth decay, even though we have all the modern cleaning devices, and this has been put down to our consumption of grains. They aren’t too good for your skin either and have been blamed for aggravating acne (due to elevating insulin levels) and other skin conditions such as psoriasis and eczema.

When people say they are craving carbs, they are more likely to be craving grains. Many people find it very hard to turn down a cookie, warm roll or big bowl of pasta and this is because grains, especially refined examples, are high GI foods and cause insulin levels in the body to rise, giving you an instant boost of energy. However, this doesn’t last long and soon you will be slumped down, craving grains again.

Cookies, cracker and chip – the good, the bad and the ugly
The anti-inflammatory diet: eating foods to heal your body
5 Foods that are bad for your health