Marriage doesn’t come with a handbook and while people are never short on advice for newlyweds, most of it can be confusing and even contradictory. Here are the secrets that most people won’t admit to and that newlyweds really should know. 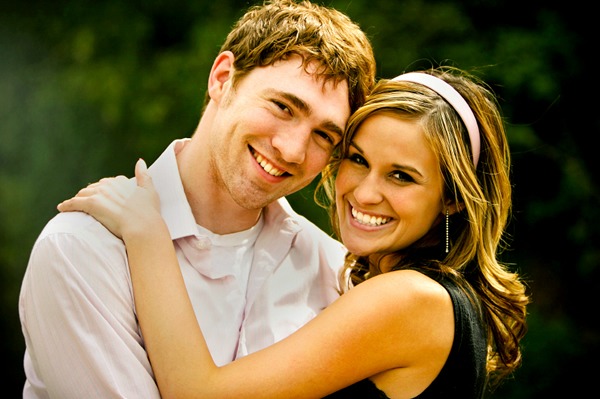 Secret One: Don’t think about the future

For even the most ardent monogamists, the idea of one person forever can feel daunting. In the same vein, thinking about when you might get divorced is only going to ruin your relationship. In reality, no one knows how long they will be married for, whether it is till death do you part or in a divorce court. Don’t think of your marriage as something you are “stuck in” whether you want to or not. Marriage is your commitment to a partnership. Take that partnership each day as it comes and deal with problems as they occur. Don’t try to second-guess the future as you will only end up damaging your present. Rather than worrying about what may come, enjoy what you have now.

It is a lot easier to say you are committed to someone, than to actually do it. As people become more independent, marry later and generally have fuller lives, it is inevitably going to be a different commitment than perhaps 20 years ago. Being committed to a marriage means becoming a true partnership and giving up a lot of your independence. Many people think marriage doesn’t change things, but your commitment to that person should be unwavering and with no “get-out clause.” After all, your commitment was “in sickness and in health.”

Secret three: No marriage is perfect

Something going wrong at the wedding, your honeymoon or even six months into your marriage isn’t a sign that you shouldn’t have wed. It just means your marriage is normal. Assuming your relationship will magically become perfect once you say your vows and become Mr. and Mrs. is a myth. In reality, you will probably need to dedicate more time to your partner and work even harder to keep your marriage going. Don’t be scared to make mistakes – it is the only way you learn!

Unexpressed frustration in a marriage can cause unnecessary stress for both you and your partner. Arguing, or challenging them over an issue, is a healthier way to express yourself than keeping things bottled up for months. In an ideal world you would sit down and discuss matters calmly, but people aren’t perfect and an argument lets you get out any strong feelings you have. You will be surprised how much better you feel after a good rant.

Secret four: The spark doesn’t have to go out

People say that your marriage will become stale after a few years, but that simply isn’t true. Think about how much effort you went to when you first met and were dating; do you still act like that? Make an effort to spend quality time together to keep that closeness and momentum in your relationship. Feeling bored and repetitive? Try something new! From your sex life to hobbies, there is always something new to do. Think how fun it will be with someone you love. Just remember when you are “dating” to forget about mundane everyday matters – you wouldn’t mention them on a real date.

Secret five: Your partner is probably your best friend

Inevitably when you spend so much time with someone they will become the person you feel closest to. If your friends criticise this, tell them firmly it is none of their business. Don’t play down your marriage or apologise for spending time with your husband. After all, you have made a commitment to him — why shouldn’t you be with him more than them? If you drift away from your friends it may not be a bad thing – it is just a natural part of life. You will find your true friends will always be there when you need them.

Secret six: Sometimes you don’t want to see each other

Wanting a change or a break from your partner isn’t a bad thing. If you are craving alone time or to see someone then do it. It doesn’t mean you two are drifting apart or are having problems. Compare it to getting annoyed with a family member. Just because you don’t particularly want to see them that day doesn’t mean you don’t love them. So stop worrying about it.

Secret seven: Every marriage is different

Only you know what goes on between you and your partner. If arguing every day keeps you on your toes, or if you have never had one cross word, it doesn’t matter because everyone is different. Most people’s perception of marriage is very different to reality. Even your friends’ marriages are different to how you perceive them.