Not everyone is comfortable making the first move when it comes to dating, and not everyone feels they can do it. But there are a few key benefits to mustering up the courage to take charge, so we say go for it. 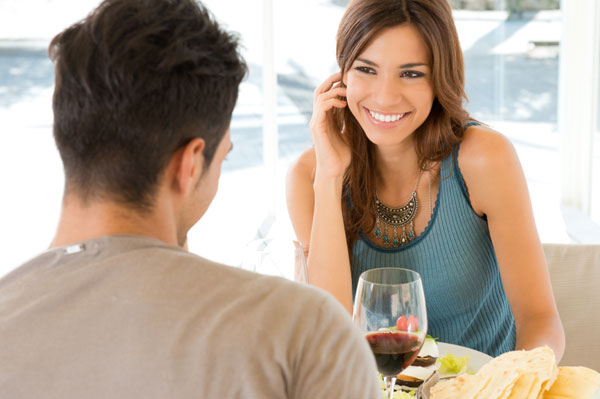 While it might not be easy to ask someone out, by taking that step toward overcoming any fear you have about making the first move, you’ll start to see your confidence grow. Anytime you do something that takes you outside your comfort zone is a good thing, and asking someone out when you don’t think you can or should is no exception. The more you challenge yourself to sidestep your fears (including those about making the first move), the better you’ll feel about yourself in the long run.

You’re the one in control

Life is short — why wait around for someone to ask you out? By making the first move, you’re saving time and expediting a potential love connection. No more hanging around, dropping hints, stalking his Facebook page or Instagram feed and asking your friends for advice. Make the first move; even if he says no, at least you won’t be wasting any more time wondering about him. And if he says yes, now you have even more time to get to know each other.

It means more chances at finding someone great

The more you’re willing to make the first move and put yourself out there when it comes to dating, the more people you’ll meet and the more chances you’re going to have at connecting with someone. Waiting for someone to ask you out or to make the first move might take awhile — why not speed things up and increase your chances at romance?

Let’s face it: Dating can be tough and often stressful at times. The wondering if someone likes you back was hard enough in middle school, and that anxiety doesn’t go away in adulthood (sadly). But by being willing to make the first move, you’re going to have more fun. Why? Because it puts you in charge and allows you to really go after what you want — which is way more fun than hoping some guy you met will call you.

25 mins ago
by Brianne Hogan