Eating healthily while you’re on the road or having a particularly busy day isn’t always easy. Sometimes stopping for fast food just can’t be helped. But when you know what to look for, you can make smart choices and feel good about your meal selection. 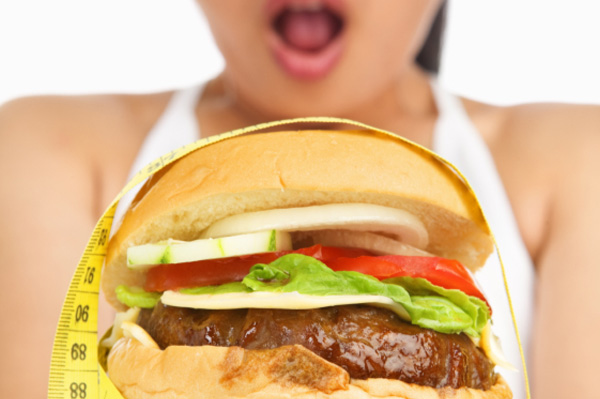 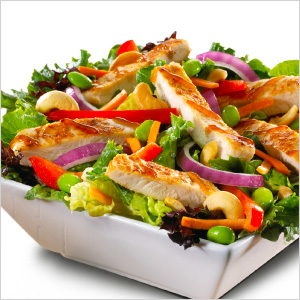 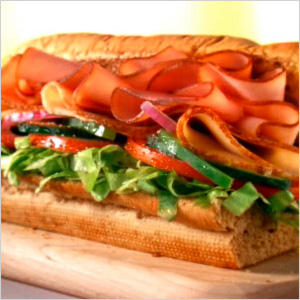 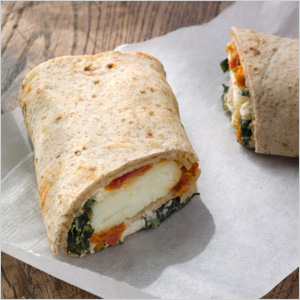 Spinach and feta wrap at Starbucks

With a Starbucks on what seems like every corner, they can be quick and easy places to stop when you’re on the go. When you do, it’s best to avoid some of the heavier baked goods, such as the 480-calorie old-fashioned glazed doughnut or the sugar-laden beverages, such as the 47-calorie grande White Chocolate Mocha. Instead, dig into the café’s spinach and feta breakfast wrap, which is just 290 calories and has 0 grams of trans fat. And for dessert? Treat yourself to a delicious Seasonal Harvest Fruit Blend.

If you order the Great Canadian Angus Burger with bacon and cheese from Harvey’s, you’ll be consuming 690 calories, 31 grams of fat and 60 per cent of your recommended daily sodium intake. And that’s before you potentially make it a combo with a 430-calorie regular-size fries and a 640-calorie chocolate milkshake. A total of 1,760 calories in a single meal? Yikes! Instead, the next time you stop into a Harvey’s, select something from its Health Check menu, such as the grilled chicken combo, which is just 400 calories and contains 7 grams of fat. 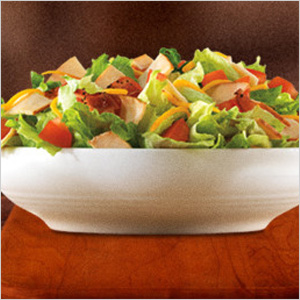 The title “Market Fresh Sandwiches” might make it sound like the items listed will be healthy ones, but unfortunately the 800 calories and 2,250 milligrams of sodium in an Arby’s roast turkey ranch and bacon sandwich prove you can’t always make your choice based on titles alone. But don’t worry; Arby’s still has some fresh, healthier options for you. The chopped roast turkey farmhouse salad, for instance, has just 230 calories and provides you with 25 per cent of your recommended daily intake of calcium and iron and 60 per cent of your vitamin A. 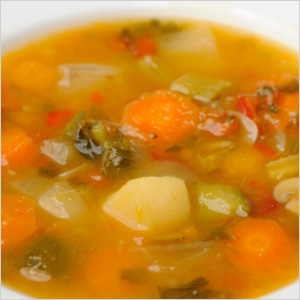 As far as fast-food chains go, we are lucky here in Canada to have Tim Hortons as one of our big ones. You just have to steer clear of its tempting baked goods displays, since items such as the sour cream–glazed doughnut will load you up with 17 grams of fat and 29 grams of sugar. Instead, order a large portion of its hearty vegetable soup, which has just 110 calories and 0.5 grams of fat and offers 30 per cent of your recommended daily intake of vitamins A and C. And if you need a sweet treat afterward, try the 140-calorie low-fat strawberry yogourt with berries. 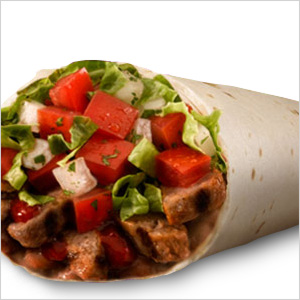 From the 890-calorie XXL Grilled Stuft Beef Burrito to the 960-calorie Cantina Double Steak Quesadilla, there are a lot of heavy options to watch out for at Taco Bell. Fortunately lighter options are available. All seven items on its Fresco menu are under 400 calories. The Fresco Steak Burrito Supreme, for instance, has just 360 calories and offers 18 grams of protein. It’s also loaded up with beans, lettuce, onions and tomatoes for added nutrition. Or for an even lighter option, try the 150-calorie Fresco Chicken Soft Taco. 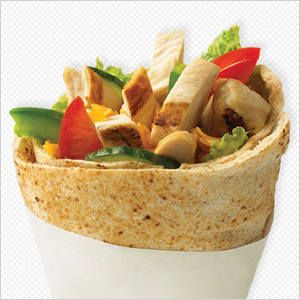 If you’re going to stop somewhere for a healthy lunch on the go, a place where you can load up a whole-wheat pita with vegetables and protein sounds like a brilliant option. And Extreme Pita certainly is. But you should still be careful when ordering. If you order the regular-size Chief pita, for instance, you could be consuming 649 calories, 25 grams of fat and 2,076 milligrams of sodium. Instead, pick something from the Health Check menu, such as the grilled chicken pita, which offers a much healthier 370 calories, 6 grams of fat and 924 milligrams of sodium. And don’t forget to load it up with lots of nutritious vegetables! 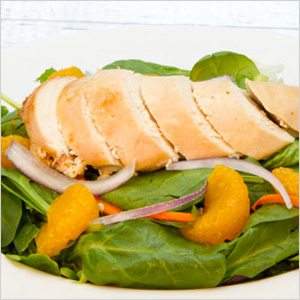 For a quick, home-cooked-style takeout meal, Swiss Chalet is an easy option. But items such as its 990-calorie Rotisserie Chicken Pesto Penne or its 1,300-calorie Rack of BBQ Ribs won’t exactly have you feeling light and ready to tackle your day. Instead, select something from its Health Check menu, such as the spinach chicken salad with fat-free raspberry vinaigrette. It’s 365 calories and offers 90 per cent of your daily recommended intake of vitamin A, 40 per cent of your vitamin C, 25 per cent of your iron and 40 grams of protein. 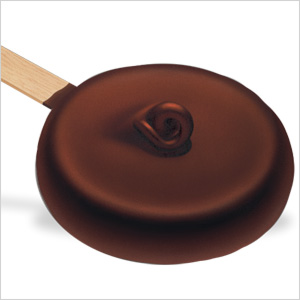 We all need a sweet treat from time to time; it’s just important that we aim to avoid overindulging. And that can be hard to do when you step into a place like Dairy Queen, with its 810-calorie Turtle Waffle Bowl Sundaes and 1,010-calorie Double Fudge Cookie Dough Blizzards calling your name. But you don’t have to ignore your ice cream craving. Simply opt for a 220-calorie Dilly Bar or a 230-calorie small soft ice cream cone. You obviously don’t want to tempt yourself on a daily basis, but at least the next time your cravings lead you to a Dairy Queen, you’ll know of a couple of fewer calorie-laden options you can choose.