Does training for a running race or bike ride not seem enticing enough to you? Then perhaps taking on a variety of mental and physical challenges to solve a series of puzzles is something you can get on board with. 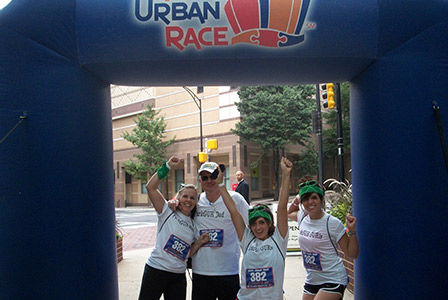 Welcome to the Great Urban Race!

How it got started

Joe Reynolds wanted desperately to take part in the incredible televised adventure that is The Amazing Race. But when he discovered making it onto the show was a pretty tall order, he didn’t just give up on his dream. Instead he decided to create his very own, smaller-scale version everyone can enjoy. And so the Great Urban Race was born. Since its debut in Chicago in 2007, this edgy urban scavenger hunt has spread to 17 other cities across the U.S. as well as to the 2013 championships, which take place in Puerto Rico. And this year you can try it out for yourself at its Canadian course in Toronto.

To take part in this incredible racing adventure, all you have to do is get a group of two to four people together and register. At noon on race day, you’ll be given 12 clues that you have to solve to complete the race. They can be physical tasks, brain teasers, puzzles or engaging challenges. Then you race about the downtown core of the city, trying to accomplish all the tasks and get to the finish line as quickly as possible. You do get one free pass on a clue, so you can still win with 11 correct answers, but every additional missing or incorrect answer will add 30 minutes to your time. 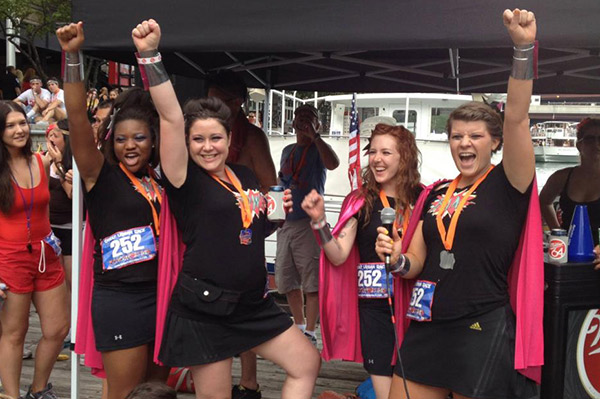 If you love feeling like a kid while you get fit, check out another hot fitness trend: bouldering >>

Race director Jordan Diehl explains that about 90 per cent of racers tend to be locals of the city they’re running in. But just because you’re familiar with the area doesn’t mean you won’t be in for a serious adventure. Race organizers favour small “mom-and-pop” places over major tourist attractions, explains Diehl. So even if you’re familiar with the city, you’re bound to discover entirely new places you’ll be visiting for the very first time. And you don’t have to be a local to take part by any means. Although those who live in the race city may have an advantage because of their knowledge of the area and the transit system, Diehl asserts that visitors have won on several occasions. And even if you don’t necessarily win, discovering a new place in such a unique way can be a lot of fun too.

If you’re a competitive person and are going in with hopes of winning your first Great Urban Race, you’ll want to brush up on your jogging skills. But if you’re in it for the fun discoveries rather than the race aspect, you can always hop on public transportation at any time. “If done efficiently using public transit, most routes are about a standard 5 kilometres in length. When participants run the entire thing or take a wrong turn, they may end up running between 10 to 12 kilometres or more,” explains Diehl. You can go to race or you can go for enjoyment — it’s totally up to you. In either case, to give yourself an added edge, Diehl suggests doing a little extra homework to familiarize yourself with the different areas of downtown as well as the public transportation lines so you can make your way through the clues as efficiently as possible. 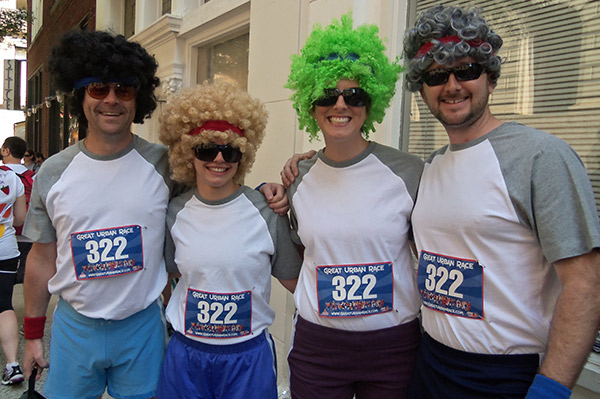 Where you can do one

The only Canadian event this year is taking place in Toronto on July 20, but hopefully more will be appearing soon. Until then, if you can’t make it to Toronto, other great locations to consider travelling to include Seattle and New York. It will certainly be a fun and interesting crash course in navigating a new place. So if you’re ready to push your boundaries, try new things and explore a city in a brand new way, make a Great Urban Race part of your summer plans!

Tough mudders: Is this hard-core race for you?
What is an Ironman?
Triathlons: Why you need to sign up for one today

16 hrs ago
by Laura Williams