Anyone who’s been in love knows the impact that the rush of endorphins can have on how you feel in general. Research shows that being in love not only affects how you feel emotionally but that it can also impact your physical health. 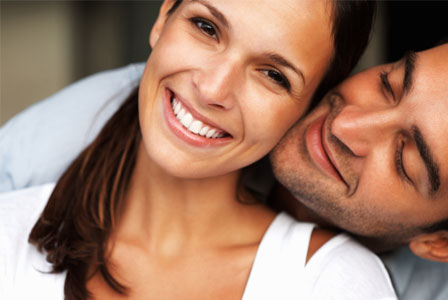 This Valentine’s Day, show those around you how much you love them — you just might reap some surprising health benefits.

A 2010 study at the Stanford School of Medicine found that intense feelings of love had just as much impact on pain relief as did painkillers. Researchers believe this is because love activates the same areas of the brain pain medication does. It is thought that being in love triggers the release of dopamine, a feel-good hormone that helps reduce pain. While this study focused on new, intense feelings of love, another study has shown that being in a long-term relationship can also help reduce pain. This study, conducted by the University of California, involved 17 women in long-term relationships. The women were given shocks to elicit pain, both while looking at a picture of their loved one and while not looking at a picture. When the women were gazing at a picture of their significant other, the pain felt was significantly less intense. Being in a long-term relationship can elicit feelings of safety and being able to depend on another person, which can help reduce pain.

It turns out that being in love really does involve your heart. A 2001 study published in Psychosomatic Medicine found that individuals had lower blood pressure when in the presence of their significant other. It is especially noteworthy that even individuals who had a poor relationship with their spouse had lower blood pressure, though the difference was less significant than in those who had a more positive relationship. This study, as well as many others, indicates that being in a relationship can help protect your heart and increase life expectancy, though more research is needed to sufficiently support this conclusion.

Being in love causes the body to release feel-good hormones, including dopamine and oxytocin, which help ease stress. A 2008 study published by the University of Utah found that couples had lower levels of the stress hormone cortisol when living together and higher levels when they were apart. The study also showed that telephone calls between couples who were separated seemed to negate the effect of being separated. The important take-away here is that being in a loving relationship provides you with someone to support you and to talk to as a way to ease stress.

52 mins ago
by Katherine Speller