From “don’t go outside with wet hair” to “starve a fever, feed a cold,” we’ve all heard plenty of tales of what causes colds and what helps them go away. But what’s true and what isn’t? We’ve got the answers! 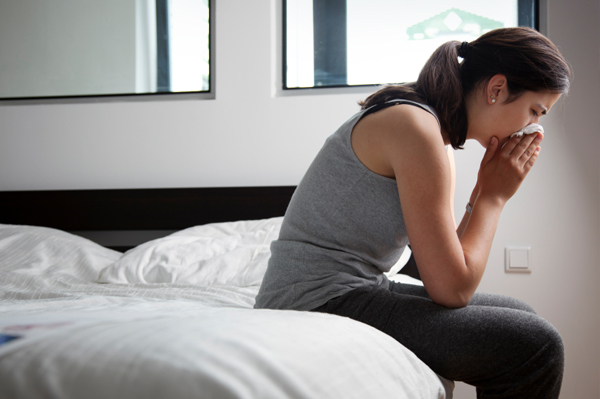 Vitamin C reduces your chance of catching a cold

That the power of vitamin C can fight the common cold has been a widely held belief ever since Nobel laureate Linus Pauling praised its benefits in the 1930s. But a recent study reveals that regular consumption of vitamin C has no effect on the incidence of colds in the general population. It did, however, have a modest but consistent effect in reducing the duration and severity of common cold symptoms in those individuals who were exposed to short periods of extreme physical stress, such as marathon runners and skiers. So if you’re a pro-athlete, taking vitamin C might get you back on the field sooner, but it isn’t likely to stop that cold from coming no matter your physical condition.

If you go outside with wet hair, you’ll catch a cold

When you were a child, your mom, grandmother or teacher likely called out to you as you ran out into the cold winter air that you’d better dry your hair, or you’ll catch a cold. It’s a common myth, and no one is entirely sure where it got started. HowStuffWorks explains that although the dry winter air can dry out the mucus lining of your nasal passages and make you more susceptible to bugs, temperature doesn’t have an effect. The bottom line is, colds are caused by a virus, and taking only a minimal amount of time to prep your hair in the morning isn’t going to do your body any harm.

Worried about the flu as well? Check out these five flu myths >>

Starve a fever, feed a cold

This old saying has been passed around so much that sometimes it even manages to switch itself and appear as “feed a cold, starve a fever,” so it’s hard to give it much weight. For the most part, scientists and doctors seem to agree that neither starving nor overfeeding yourself when you’re sick is the answer. Instead, WebMD recommends listening to your body and eating nutritious foods your stomach can comfortably handle, such as soup, applesauce and toast.

You can sweat it out

When you feel a cold coming on, do you head out for a run or hit the gym as a way to “sweat it out” before it takes hold? According to Active.com, although that workout might lead to a boost in serotonin, causing you to temporarily feel better, no amount of exercising will eliminate the common cold from your system. A study, however, did show that 45 minutes of brisk exercise five days a week caused the sickness rates of its subjects to drop in half. So sweating it out on a regular basis could help reduce your chances of getting sick, but once a cold settles in, pounding the pavement isn’t going to chase it away.

Kissing could cause you to catch it

Have you been holding off kissing your special someone because you don’t want to spread your cold? We have good news! According to Daily Mail Online, a study done by the University of Wisconsin School of Medicine revealed that it takes 8,000 more times of virus to pass rhinoviruses (the largest family of colds) by saliva than by other routes from one person to another. You’re more likely to catch a cold by someone coughing or sneezing near you than by kissing or sharing a drink. So sip and smooch away!